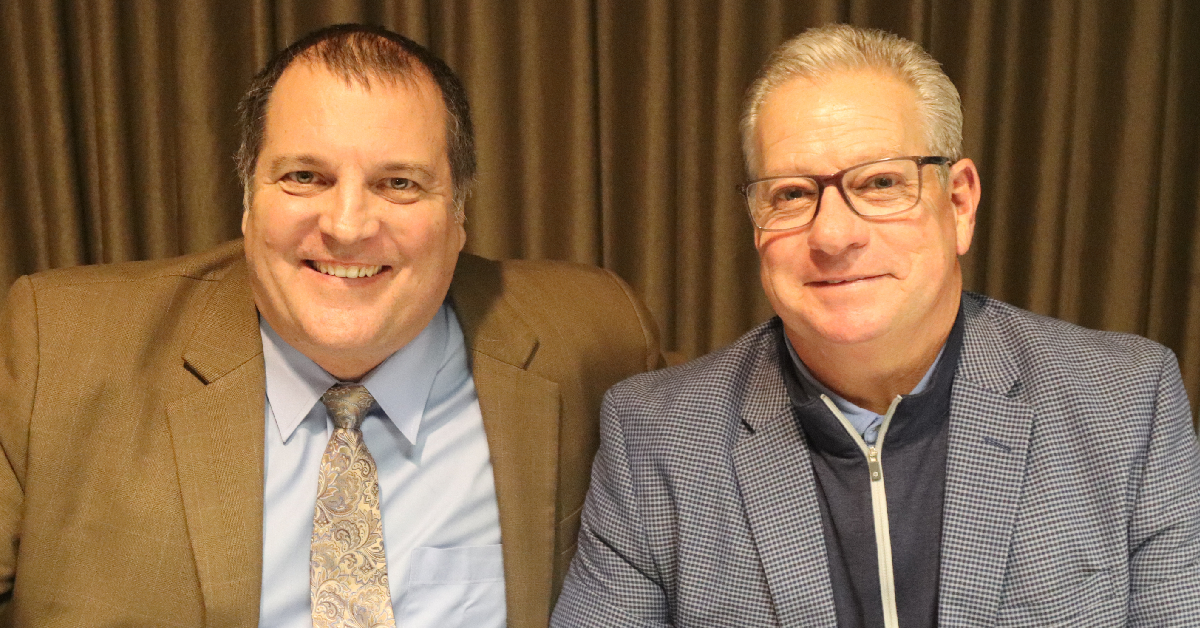 Bringing the whole community together to celebrate a year of successes and fun is special. On January 8, the Gary Old Timers Athletic Association held their 74th Annual Banquet, which honored special people in the Region and brought everyone together for a night of joy, laughs, and great memories.

Before the dinner and ceremony, President of Gary Old Timers Athletic Association Tim O’Brien opened with a few words and introduced the Board of Directors to the audience, followed by a special invocation by Father Jim Greanias. Once everyone had their fill of food and drink, Master of Ceremony Jeff Blanzy, college basketball analyst and NBC Channel 5 Sports Anchor, began the ceremony.

The honoree of the night was long-time Region resident Dave Hanaway, who has selflessly invested his time in the youth of Northwest Indiana for the past six decades coaching baseball and basketball youth sports in Gary and Crown Point. This year he will be serving his 38th year on the Board of Directors for Crown Point youth baseball and his 16th year as President, overseeing one of the most successful Cal Ripken programs in the country

“What I’ve achieved in my lifetime of coaching is the friendships that I’ve made all of these years,” said Hanaway. “I’d like to thank the Gary Old Timers Athletic Association for honoring me with this wonderful award. It is one of the nicest things to ever happen in my life.”

Comedian Mike Toomey took the stage shortly after. He gave the audience a great number of laughs, joking about various topics like the price of eggnog this time of year to the complexity of modern video games, to reminiscing about humorous occurrences throughout his childhood with his mother and brothers.

The principal speaker for the night was Kevin Butler, placekicker for the 1985 Chicago Bears, who went on to be the NFL Super Bowl Champion of that year. He is also an All-American and Southeastern Conference (SEC) placekicker from the University of Georgia and a member of the College Football Hall of Fame. Despite being born in Savannah, Georgia, Butler expressed his love for the city of Chicago and its people.

“I’m very thankful to have played for a city that cares so much,” said Butler. “The Bears fans have been so good to me. It’s been a long time since I’ve been up here, and I’m so happy to be surrounded by the people of this community.”