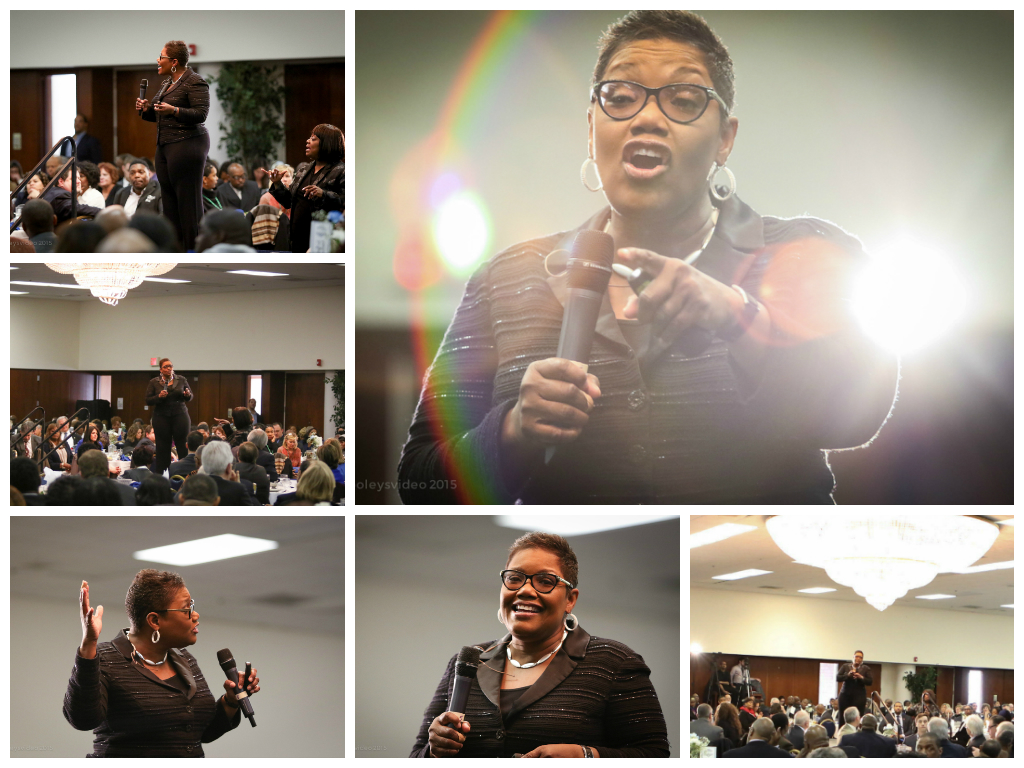 For a fourth time, Gary Mayor Karen Freeman-Wilson addressed a ballroom filled with community and business leaders, clergy, elected officials and everyday citizens all gathered to hear about Gary’s progress.

Freeman-Wilson opted to change her presentation style. The stage was placed in the center of the room, and she delivered a “Ted Talk,” without a podium, note cards or a teleprompter.

“I figured that I was tired of coming and reading a speech every year, then all of you must have been tired of it too,” laughed Freeman-Wilson.

The Mayor spent the next 40 minutes tackling some tough issues including the City’s financial state, equipment needs, lack of salary increases, blight and crime to name a few. She then went on to list the accomplishments in several of these areas including the paying down of the City’s debt by $17 million (out of $43 million), the demolition of the Sheraton Hotel, street paving, the decrease of crime in 2014 in every category and the acquisition of new squad cars and ambulances. The expansion of the Gary/Chicago International Airport and its surrounding footprint was also highlighted.

“I am here to give a message of progress on our city,” said Freeman-Wilson. “Some get discouraged when they hear about the planning stages and think there will be no action, but when you see streets being paved, buildings being knocked down and others going up, that’s proof that our plans are being put into play.” Freeman-Wilson’s State of the City Address will be re-broadcast on the City’s Public access channel 4 WJPN-TV and can be viewed online at http://www.ustream.tv/search?q=wjpn. To track social media chatter about today’s address use the hashtag -- #SOTCGary2015.