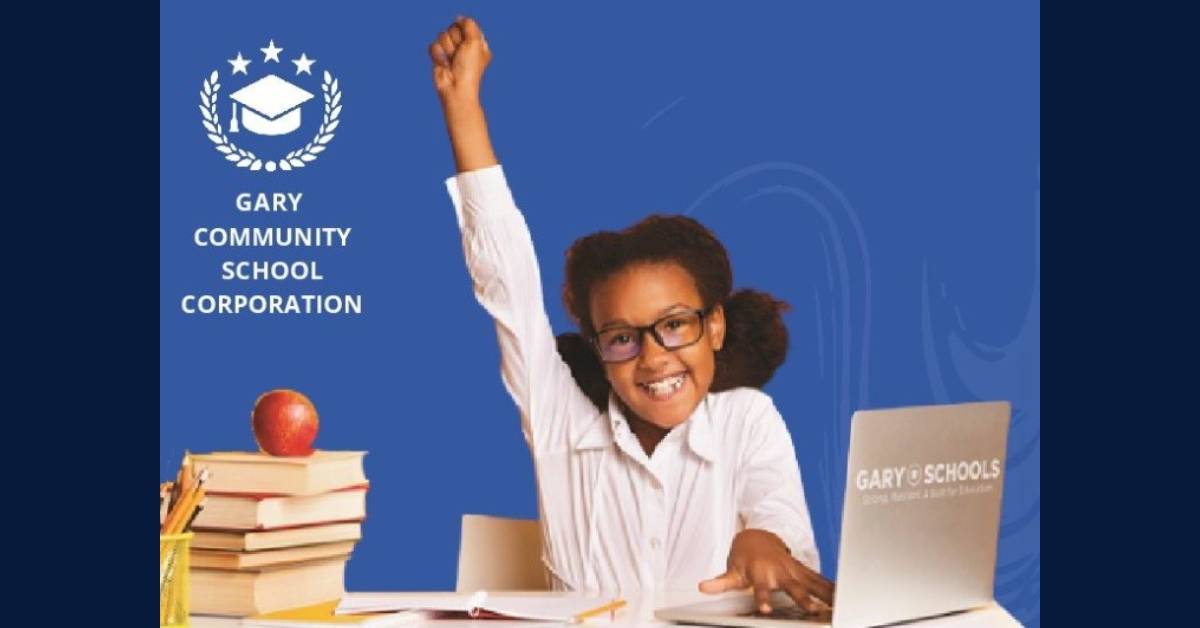 With continued support from community residents, teachers, staff, and administrators, the Gary Community School Corporation (GCSC) announced today that its deficit has dropped to under $2 million, marking dramatic progress since the deficit hit $22 million less than four years ago.

The fiscal update is part of GCSC’s second quarterly progress report on The Path Forward, its bold two-year plan for continuing to improve academics, engagement, fiscal matters, and operations in the district. The progress report also notes that GCSC’s average daily membership, or enrollment, increased by 65 more students, the largest increase in more than 10 years.

“From securing overwhelming support from the community and boosting enrollment to getting its financial house in order, there are more and more signs that the Gary Community School Corporation is on the right track,” said Dr. Paige McNulty, GCSC manager. “The hard work of students, teachers, and families, combined with the support of the referendum and the School Improvement Fund, is creating momentum in our schools and across the city.”

Here are additional highlights from the progress report:

-  After receiving feedback from parents and caregivers, GCSC partnered with the Gary Teachers Union to extend the time for the parent-teacher conferences scheduled for this month. The increased time will make it easier for families to meet with their children’s teachers and learn more about how the students are doing. It will also improve parent/teacher relationships.

-      The deficit reduction was achieved through instituting expanded oversight and controls on expenditures and maximizing revenue sources. For example, the improvements at GCSC have resulted in agreements with area charter and district schools for their students to use the Gary Area Career Center.

-      The $25 million School Improvement Fund is leading to better school facilities across the city. In the last three months, teams have refinished the gym floor and repaved the track at West Side Leadership Academy and also completed a new playground at Beveridge Elementary.

“I’ve been following the Gary Community School Corporation for a long time, and this is the most optimistic I’ve felt in years,” said Nellie Moore, a former school board member and former GCSC employee. "Collaboratively, we will restore our district to the excellence we all want for our children."

This second quarterly progress report comes just months after voters approved an operating referendum for the schools with more than 60 percent of the vote, leading to more funding for student support as well as thefirst raise for teachers in more than 10 years.

In addition, GCSC has adopted local preference policies for hiring and purchasing and distributed a Chromebook with internet access to every student K-12.