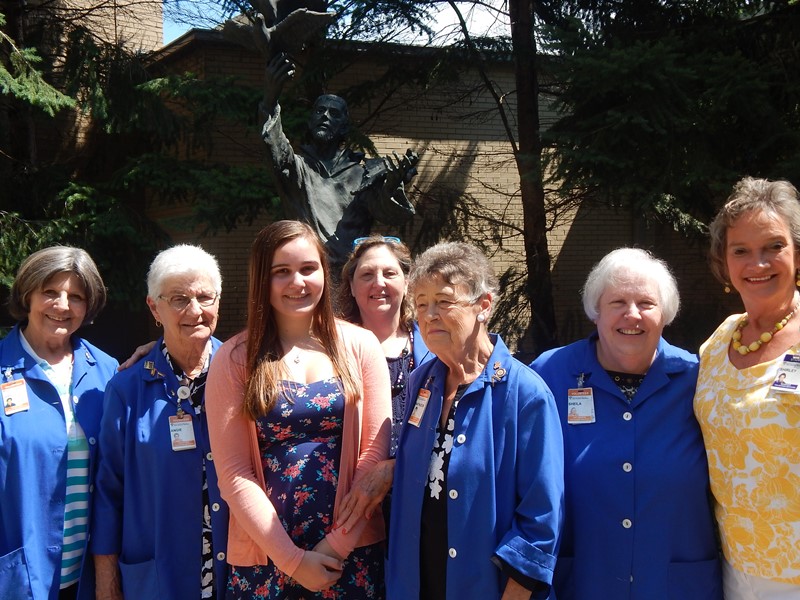 Natalie Riley of Michigan City, third from left, a recent graduate of Marquette Catholic High School, recently received a $2,000 scholarship from the Franciscan St. Anthony Health-Michigan City Guild of Volunteers. Among other qualifications for the annual guild honor, she had served as a hospital junior volunteer. She plans to attend Butler University in hopes of becoming a pharmacist.