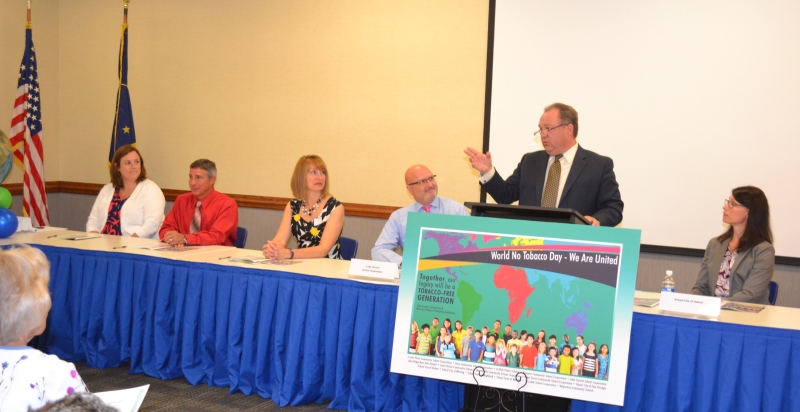 Patrick Maloney, president and CEO of Franciscan Health Dyer, Hammond and Munster hospitals, was a keynote speaker at a May 31 World No Tobacco Day observance at Lake Central High School in St. John that united school superintendents and representatives from Lake and Porter counties in an effort reduce or eliminate tobacco use among students and communities.

The officials adopted a resolution calling on lawmakers to pass stricter anti-smoking regulations and to raise taxes on tobacco purchases. Indiana has one of the highest smoking rates in the nation. Lake County’s rate is 26 percent, compared to the national rate of below 17 percent. The school representatives received commemorative plaques for joining the effort. Franciscan Health is the lead community agency for a Lake County coalition of health care providers and organizations, municipalities, educational institutions and others in an effort to promote tobacco use cessation.