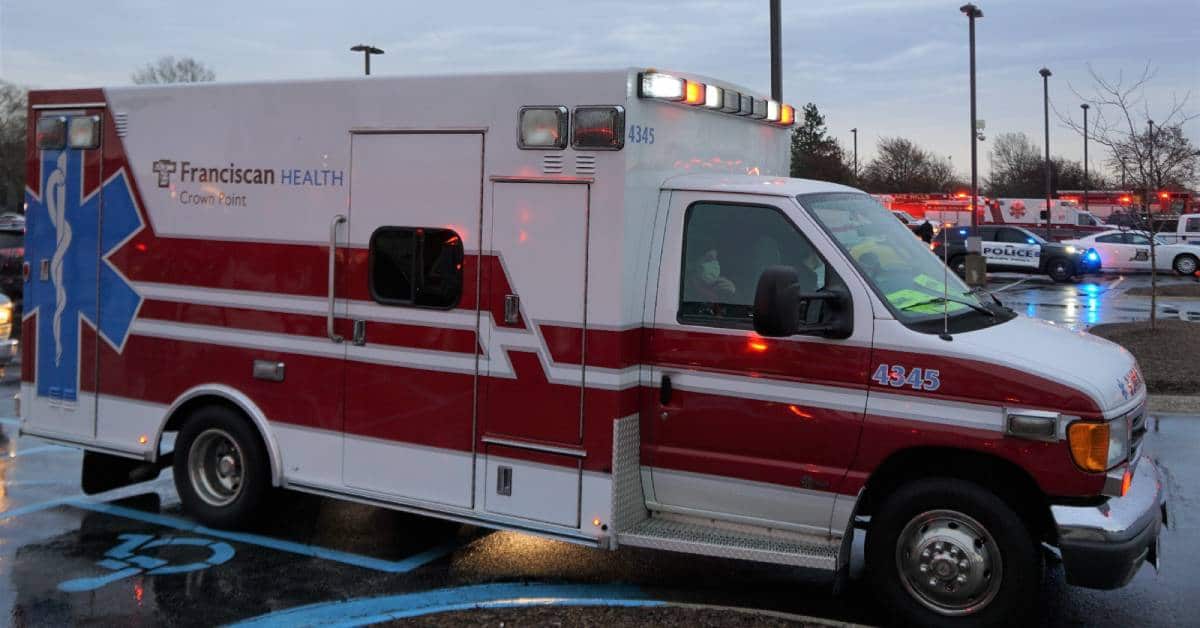 Before taking part in the parade of first responders around Franciscan Health Crown Point on Monday night, a newly-acquired ambulance made its first official run, transporting a COVID-19 patient from Franciscan Health Olympia Fields.

The 2005 ambulance with 79,000 miles was one of three purchased by Franciscan Alliance, part of an effort to relieve sister hospitals that are experiencing a surge of patients with coronavirus.

Rob Dowling, director of Emergency Medical Services at Franciscan Health Crown Point, said that hospital officials had been talking about acquiring an ambulance to facilitate transports of these patients, but “it didn’t seem like it would be something that could happen as quickly as we wanted.”

Once certified, staff did a dry run last week to test out the capability of the ambulance and the staff’s ability to use the equipment in transit, Dowling said. The ambulance has a three-person staff: a respiratory therapist and nurse taking care of the patient and a paramedic driving.