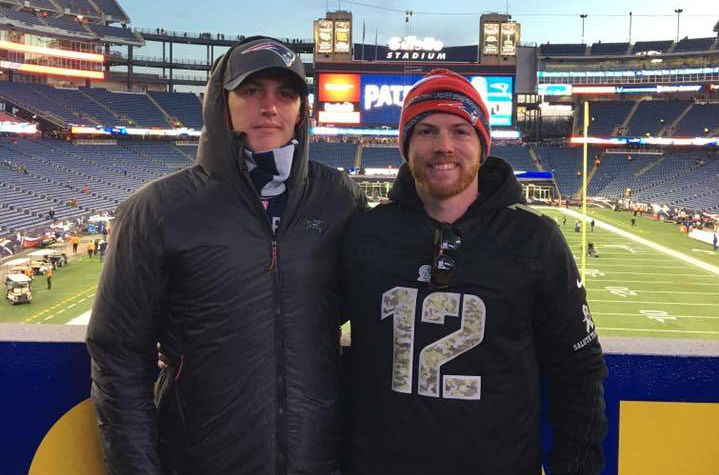 Ask Southlake Nissan’s Mitchell Weiner why he works in the car industry and you’ll get a pretty convincing answer.

“I have been into anything with an engine since I could crawl.”

We all have passions, and rarely do we get an opportunity to work on what we love. But Weiner is one of those rarities; a man who has never had to wrestle with the question of what do I want to be when I grow up, or fumble with one of those tests that we all took that tried to tell us who we really are.

Weiner loves engines, and that’s that, and he’s proud of what he does.

Weiner has been at Southlake for four months, but has been in the industry ever since he graduated college. To Weiner, nothing beats the thrill of an engine and the craftsmanship put into the complexity of how they work.

“It’s a testament to who we are as species that we can build something with our hands and minds that is essentially efficiently controlling an explosive reaction,” Weiner tells IIMM. “You can feel it throughout your whole body, there’s nothing else like it.”

The thrill is the drive, which along with his natural competitiveness, has always inspired Weiner to work with cars, and it’s why the energy in engines fuels Weiner’s other passion: racing.

A seemingly natural marriage of a passion for engines and winning.

“In racing and cars, everyday is a new and different challenge,” Weiner adds. “I have an alpha competitive personality and in my career I get to openly express it everyday I love that about my job.”

Which is why Weiner works so hard at perfecting his career in cars, in anything he does he wants to be the best and he has found that it has helped him grow and helps the customers know they have someone in their corner,

“I research all the makes of cars we sell here,” Weiner explains. “Nobody's perfect but you can strive for perfection in your craft. Working in the car industry is the one place I can constantly continue to learn and it helps to be able to answer a customer’s question without having to check on an answer.”

And while the competition and knowledge is all well and good, Mitchell says it really all boils down to one, simple fact: he is doing what he loves to do.

“It’s always a new adventure, and I love it.”