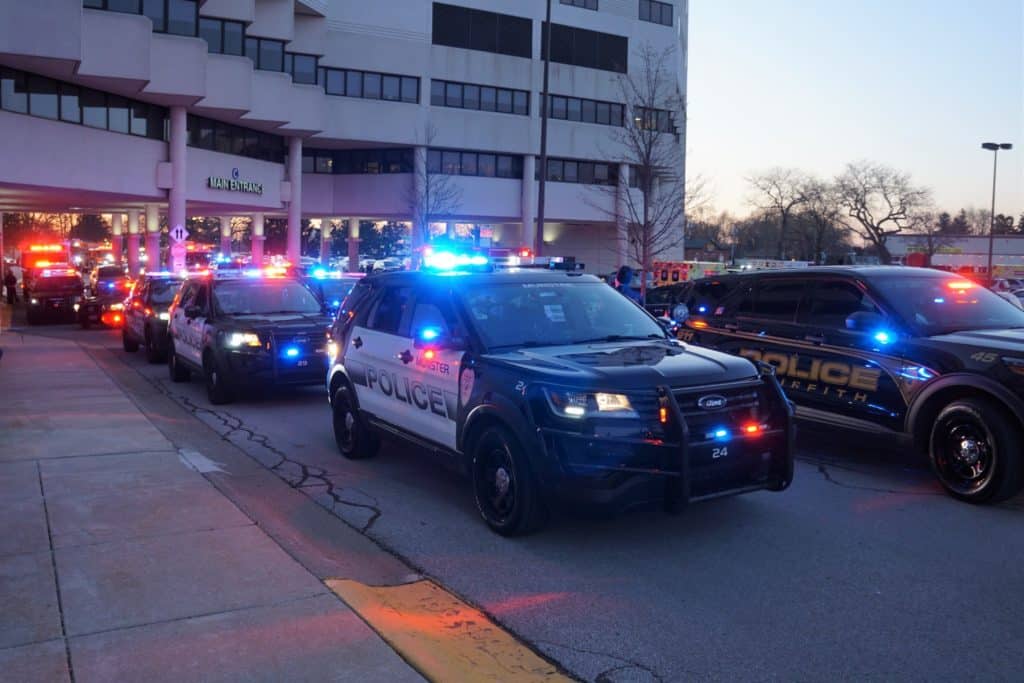 | First responders from Northwest Indiana and neighboring Illinois brought dozens of emergency vehicles to Franciscan Health hospitals in Munster and Dyer on Sunday evening to thank healthcare workers on the frontlines of the battle against COVID-19.

The parade of law enforcement and firefighters began at Community Hospital in Munster before proceeding on to Franciscan Health facilities. Healthcare workers greeted the visiting first responders with their own messages of gratitude.

Maria Carrizales, nurse manager at Franciscan Health Dyer, said the parade was “right on time” for her staff members, who were psychologically and physically tired from the work to care for patients. “They truly felt honored and special, mostly because someone took the time to organize such a wonderful event. It was truly phenomenal. The staff said they felt like royalty,” she said.

Lindsay Darchuck, a nurse at Franciscan Health Dyer, said, “Lately, work has been mentally and emotionally exhausting. Seeing all those squad cars, fire engines and ambulances pouring into our parking lot was overwhelming. It was a morale boost that many of us needed.”