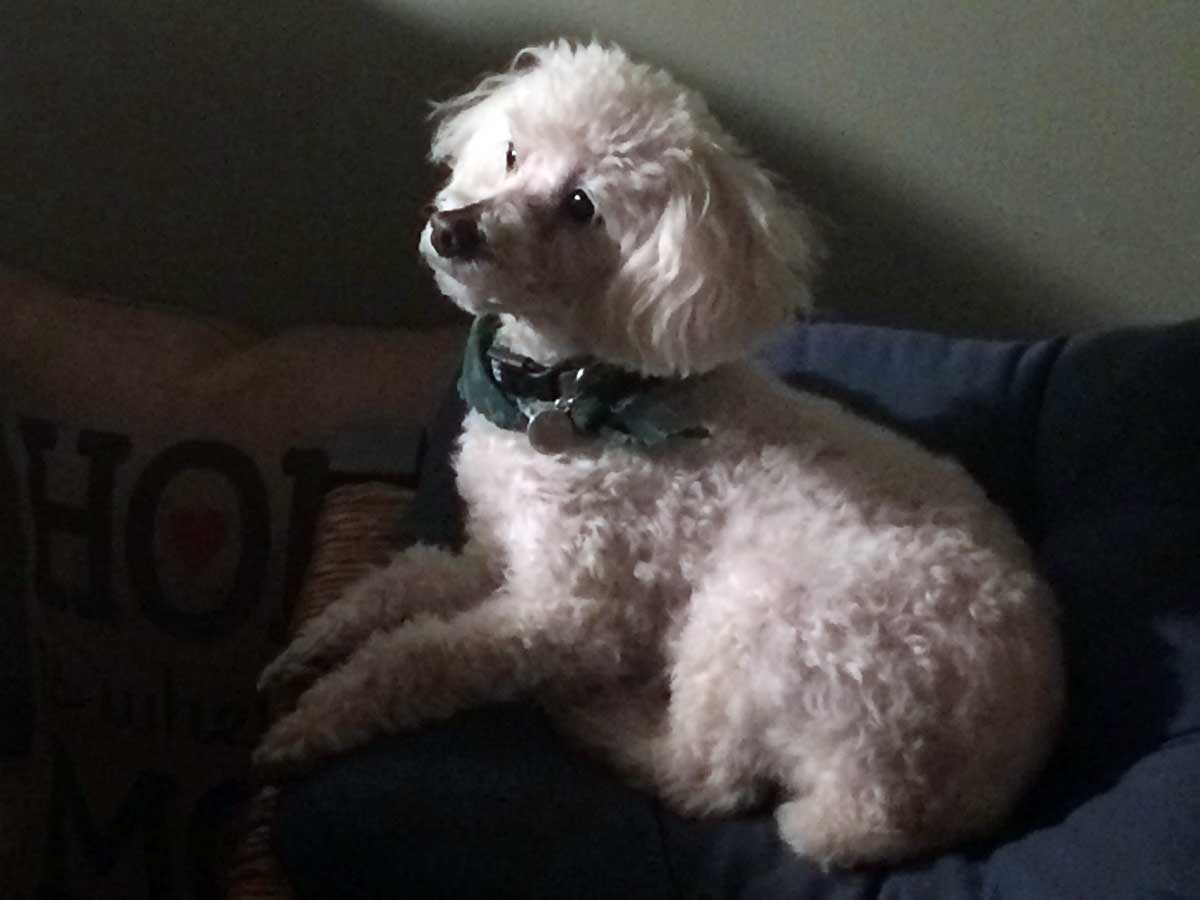 A warm place to sleep, a roof over your head, food to eat, people who care about you… what happens when tragedy strikes and all the things that are taken for granted are no longer there leaving you with nothing? These are the circumstances that 10 year-old Mabel, a toy poodle mix, found herself in.

Mabel's owner loved her very much. She and her owner were inseparable according to Kathleen Pazanin, secretary for Second Chance 4 Pets Network. Pazanin said the owner could frequently be seen carrying Mabel around.

Mabel curled up in bed one night and when she woke up everything changed. That is when her happy life turned to misfortune. Mabel’s loving owner who had pampered and adored her had to be placed in a nursing home. Mabel had only known one owner in her life and now she found herself homeless and alone.

Eventually, after some time, she found her way to the loving people at Second Chance 4 Pets Network. She is currently being loved and adored by her foster parent Marcia Autry. “When she first got here, she was very scared,” Autry said. “She would not walk down the stairs, she would just sit in the office chair all day.”

Mabel is now doing better, she is becoming more comfortable with her surroundings. “Mable is very happy. She loves running up and down the stairs and chasing the other dog (Sadie),” Autry said. “She also likes to go for car rides, and she loves being held.”

Mabel is a special needs dog. Since she is a mature older lady, she occasionally has an accident in the house. Sadly, she does not have the bladder control she used to. Mabel is currently up for adoption, those wanting more information about Mabel can contact JoAnn at (219) 771-6768 or Kathleen at (219) 730-7681 from Second Chance 4 Pets Network.