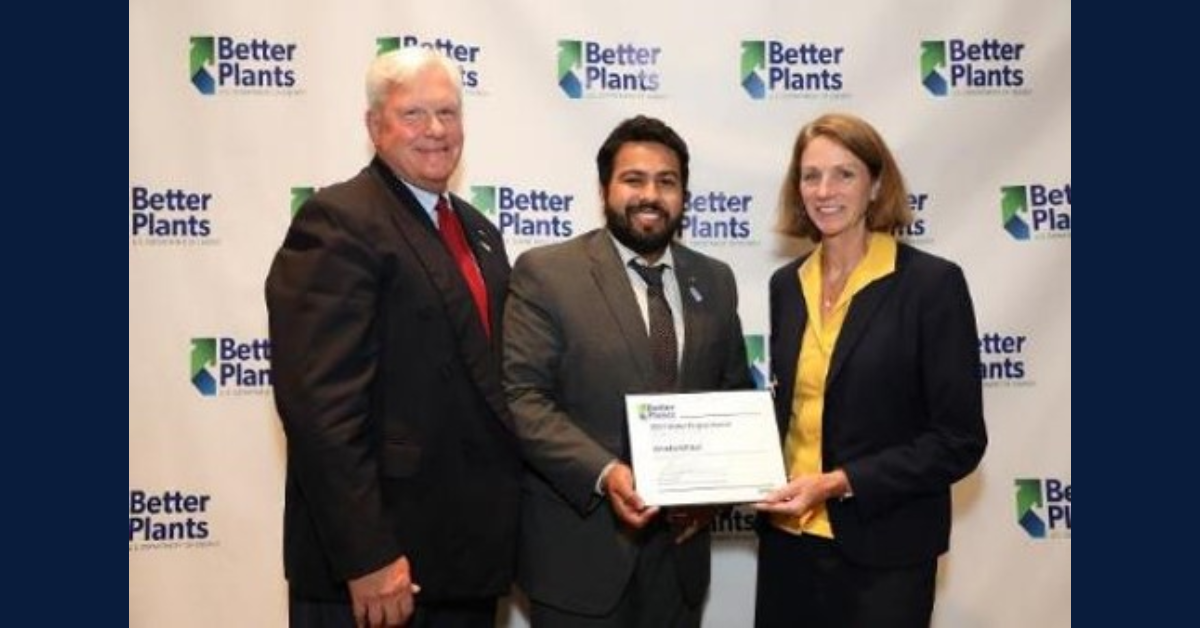 Larry Fabina and Rishabh Bahel, champions for ArcelorMittal USA’s energy efficiency initiatives, have a straightforward but effective approach to saving energy: Define a goal, determine the intermediate steps you’ll need to get there, track and measure your progress, benchmark against others who are doing it well, and share your successes. With this approach, Larry and Rishabh have helped teams at Burns Harbor, Cleveland and ArcelorMittal facilities across the U.S. be more efficient and significantly reduce our company’s energy footprint.

On a personal level, this same approach has helped these two colleagues tackle an even tougher challenge: weight loss! Over the past year, Larry and Rishabh have lost a combined total of 139 pounds! They are feeling lighter and healthier, and their friendship is stronger than ever.

But for both he and Rishabh, their individual journeys started with setting a solid goal, just like they do when they take on a project to reduce energy at our plants.

Rishabh’s goal crystallized when he participated in the company’s biometric screening program last summer. “I remember the date, July 18. They gave me the paper with my results, and it was covered in red.” Red meant Rishabh was in an unhealthy range for health indicators like weight, BMI, blood pressure, cholesterol, triglycerides, and more. “I set a goal that day to change those metrics to green,” he said.

Larry’s goal was inspired by an upcoming life milestone: “I’m planning to retire someday, and when I do, I want to head into that new phase of life healthy and ready to enjoy it.”

So, Larry set out to reclaim his youth and set a goal to get back to his college football weight.

They each got to work, focused on eating healthier and increasing their physical activity. “Last year, we traveled a lot together for work and were able to support and motivate each other. If one of us was going to the hotel gym at 5 a.m., the other one would join,” Larry said.

Even though travel bans have prevented them from exercising together in 2020 (Rishabh is in Cleveland and Larry is in Northwest Indiana), they have continued to encourage each other and check in often. Each of them strives to log a minimum of 10,000 steps a day, and they both have changed the way they eat. Larry has added more fruits and healthy proteins to his diet, and he tries not to snack after 6:30 p.m. With an engineer’s discipline, what works best for Rishabh is counting calories.

“It’s simple thermodynamics,” he explained, drawing another parallel to the energy work he leads at ArcelorMittal.

A year later, they’ve got a lot to celebrate. Larry is down 69 pounds, having lost nearly a quarter of his original weight. “I tried on my college jacket the other day and it fit like a glove!” Rishabh has lost more than 70 pounds, nearly 30 percent less than his starting weight. More importantly, when he got his biometric screenings done this summer, his metrics had all switched from red to green.