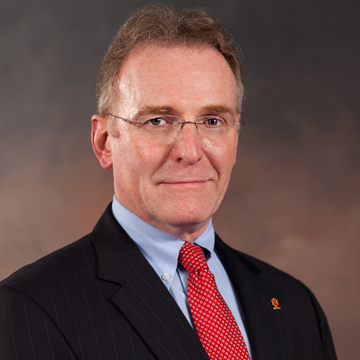 There is no greater financial investment in one’s future than a college degree.

While this viewpoint has its critics, the reality is the value of a degree has never been greater.

Despite public questions about a degree’s worth, the pay gap between college graduates and those without a degree reached a high in 2013.

According to new data, based on an analysis of Labor Department statistics by the Economic Policy Institute, Americans with four-year college degrees made 98 percent more an hour on average than those without a degree. And, the wage gap is only increasing, up from 89 percent five years ago, 85 percent a decade earlier, and 64 percent in the early 1980s.

College graduates are also more likely to be employed full-time than their less-educated counterparts, and are less likely to be unemployed, 4 percent versus 12 percent, according to a survey by the Pew Research Center.

Liberal arts graduates are not excluded from this reality. The vast majority with degrees in the humanities and social sciences are employed, and at salaries significantly higher than those having earned only a high school diploma.

Putting the cost of college in perspective, 30 percent of students are earning their degrees at institutions where tuitions range from $6,000 to $9,000 annually. At Indiana University Northwest, tuition and fees are at the lower end of this spectrum, furthering our commitment to the region’s students that a high-quality IU degree is accessible and affordable.

Students nationwide are also making smarter financial choices. The National Center of Education Statistics found more than one-third of graduates have no debt, while 12 percent owe $1,000 to $10,000. Professional school graduates owing $100,000 account for only one percent.

We work hard, throughout IU, to educate our students on the long-term effects of student loan debt. Thanks, in great part, to a successful Financial Literacy program, IU Northwest undergraduates who took out federal loans decreased by 23 percent in the last year, and the amount borrowed fell by nearly 30 percent.

Regional campuses, like Indiana University Northwest, play a critical role in the higher education system, ensuring all students have an opportunity to invest in their future through personal, affordable and life-changing education.

Take, for instance, Candyce Mehler of Whiting, a 2014 IU Northwest graduate. Earning her bachelor’s degree in Spanish, with minors in chemistry and biology, Candyce selected IU Northwest as her IU.

She is proud of her accomplishments, made possible by an affordable institution that supported her need and desire to work, volunteer, conduct research and contribute to her family, all while being a student. Candyce is well-prepared for her next educational journey, attending medical school.

As the region’s university, IU Northwest’s highest priority is to enable the students of Northwest Indiana to have a transformative experience that provides them the full value of a college degree.

We take seriously our role in enabling our students, and our communities, to advance. In fact, nearly three-quarters of our graduates stay local, strengthening our regional health and economic resilience.

Unless the diverse students of Northwest Indiana, whom our campus serves, have the opportunity to succeed academically and complete their degrees, none of the nation’s goals for increasing numbers of college graduates are attainable, or even meaningful.