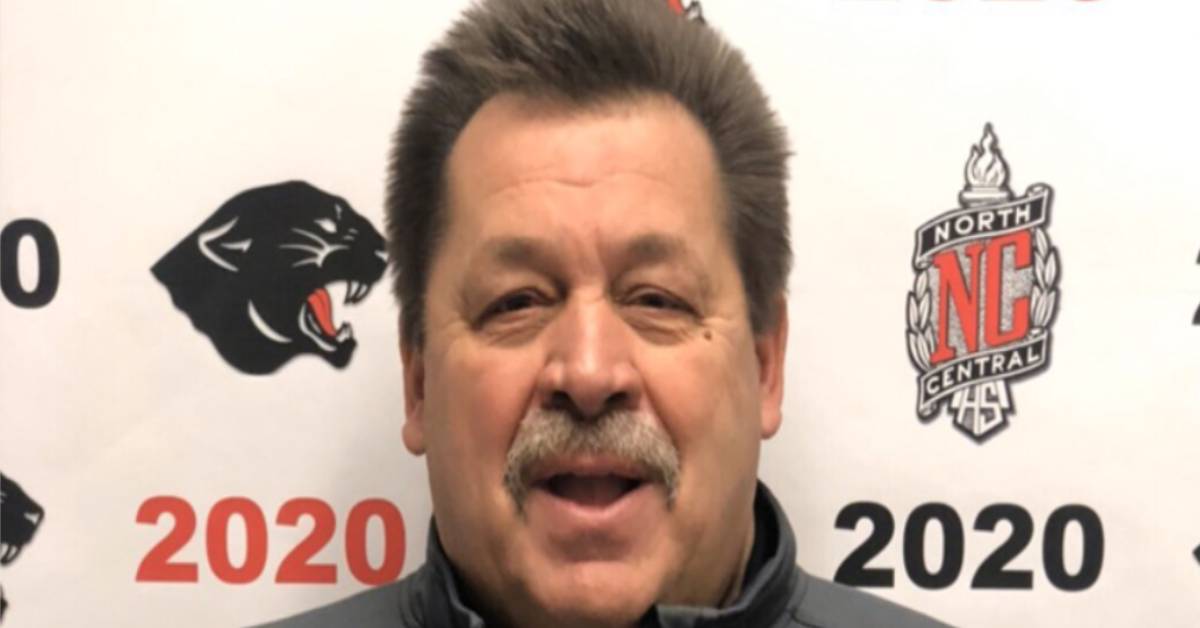 Paul Loggan, longtime Athletic Director at North Central High School in Indianapolis, passed away on Easter Sunday due to complications of COVID-19. The news shattered the entire state of Indiana.

Loggan had been involved with Indiana High School Athletics at North Central since 1998 and served as Athletic Director since 2014. His family, friends, athletes, students, teachers, principals, coaches, and everyone else who knew Loggan expressed their thoughts about him on various social media platforms.

The impact of Loggan’s work even made its way up to La Porte, where Ed Gilliland, Athletic Director at La Porte High School, gave his condolences.

“Paul was a great athletic administrator and an even better person. As an advocate of education-based athletics, he will be sorely missed by all who knew him,” said Gilliland.

Gilliland and the rest of La Porte High School honored Loggan’s legacy by turning the football field lights on at 6:00 p.m., April 13.

Gilliland posted a photo of the memorial on Twitter followed by, “Slicers pay tribute to Paul Loggan. Thoughts and prayers to the Loggan family and all others impacted by COVID-19.”

Many high schools, colleges, and universities around the state honored him with a similar tribute, including the University of Indianapolis, Franklin College, Butler University, and Indiana University, Bloomington (IUB). The hashtag #LightsforLoggan has been flooding twitter in Loggan’s honor.

“The lights are on at Memorial Stadium in honor of you, Paul!!! Our prayers are with your wife Kathy, and your children Michael, Will and Sami! #LightsForLoggan #Paulstrong #LEO,” Allen wrote.

“Paul Loggan had an impact from the 1st time I met him at NCHS. He treated me as a friend and with a huge smile and giant heart every time I was with him. The way he cared and loved Kathy and the kids was obvious every time. The hole he leaves has to be made up by those he loved.”

The entire state of Indiana is mourning during the passing of Loggan and many are sharing their memories, thoughts, and prayers to help ease the pain. His legacy will not be soon forgotten.