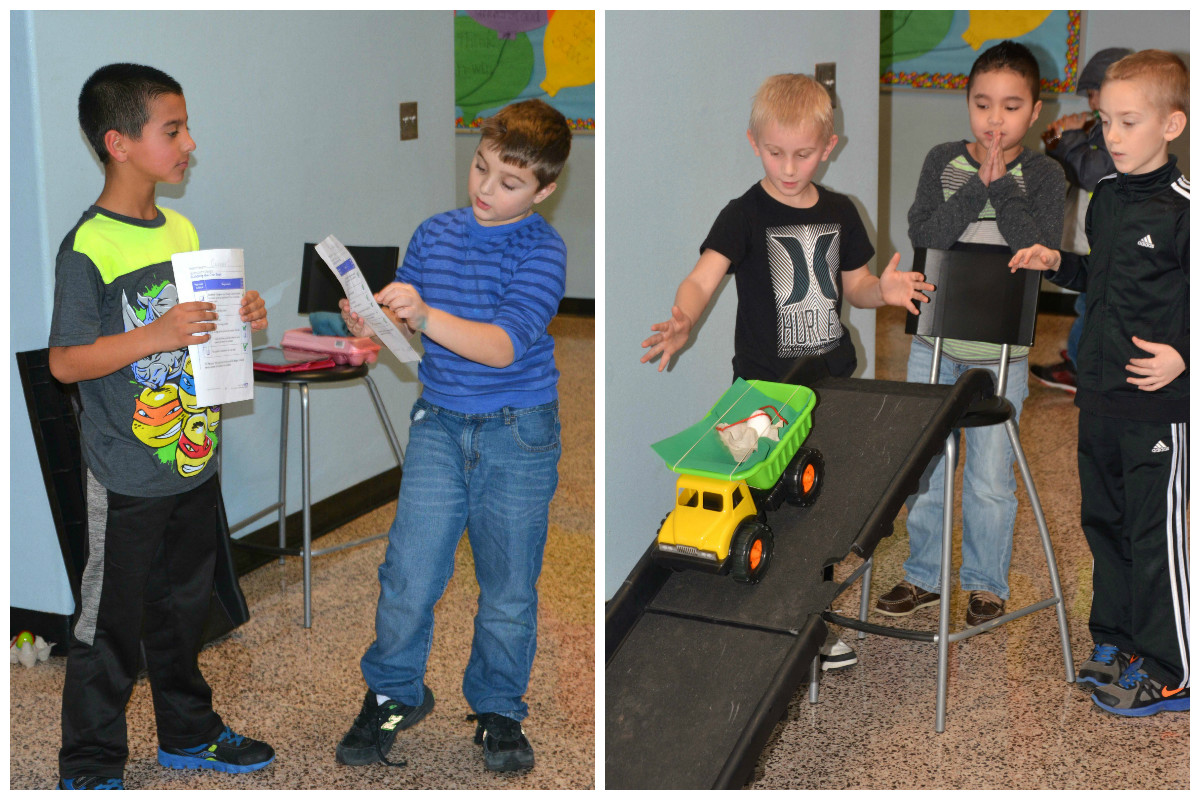 The activity involved students working in groups of two or three to design a seat belt that would pass safety inspection using an egg as a passenger.

After learning how to measure with a ruler, how to measure circumference and what tool would be best to measure an egg, each student group was given specific parameters to work within and limited materials to create their belt. Materials included 10 cm of tape, a small amount of yarn, and a piece of a pipe cleaner. The students could use any or all of the materials, but their total materials could exceed 50 cm. Students used plastic eggs filled with play dough to design their belt prototypes.

“It was a really exciting finale,” said Koedyker. “I love how the curriculum really pushed their thinking. They are applying math concepts to real world situations that make it fun for the students.” In an earlier lesson, they were given several tools to measure the circumference of an egg. In their small groups, they took turns recording their answers using a small cube, ruler, tape measure and pipe cleaner. The conversations that come from lessons like this are rich and very student led. They were able to tell me how they would use a pipe cleaner to measure and why it's a good tool. I watched as they explained it to their peers who didn't believe the pipe cleaner was a good idea because it didn't have numbers. They were able to discuss why a tape measure was the best tool. Students walk away with a firm understanding of measurement and an excitement for math!”

At the final testing activity, each group explained their belt design and why they felt their design was going to secure the egg followed by actually testing their final product. In order to test their designs, a real egg replaced the plastic one and was secured on a toy dump truck and sent down a ramp. Their belt design was considered successful if the egg survived the test without breaking. 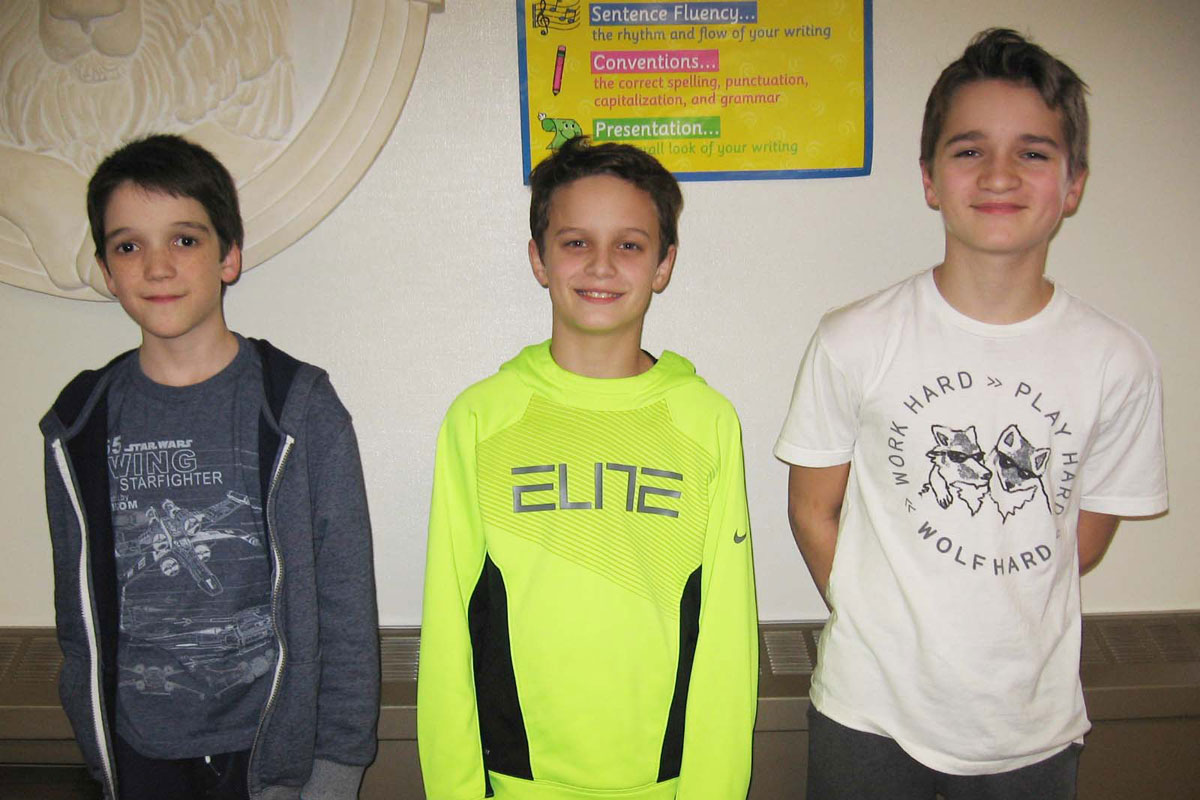 Liberty Intermediate Sixth Grade Spelling Winners
Liberty Intermediate School sixth grade spelling bee winners are, left to right, Conner Smenyak-second place, Nolan Crooks-first, and Evan Cowsert- third. The winning word was "jocularity". Crooks will represent LIS at the Lake/Porter County Spelling Bee on Wednesday, February 22 at 6:00 p.m. at Wheeler High School. Conner Smenyak will take his place if he is unable to participate. Smenyak is the alternate and will take Crooks’ place if he is unable to attend. 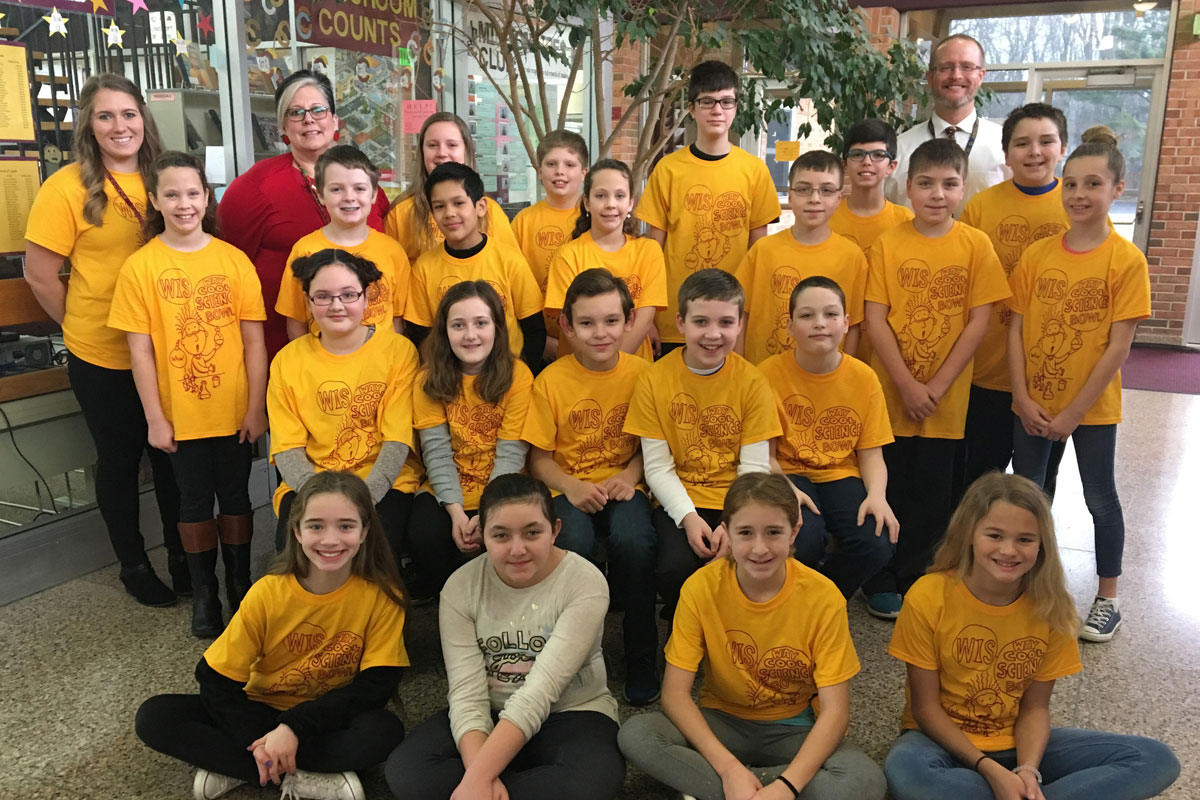