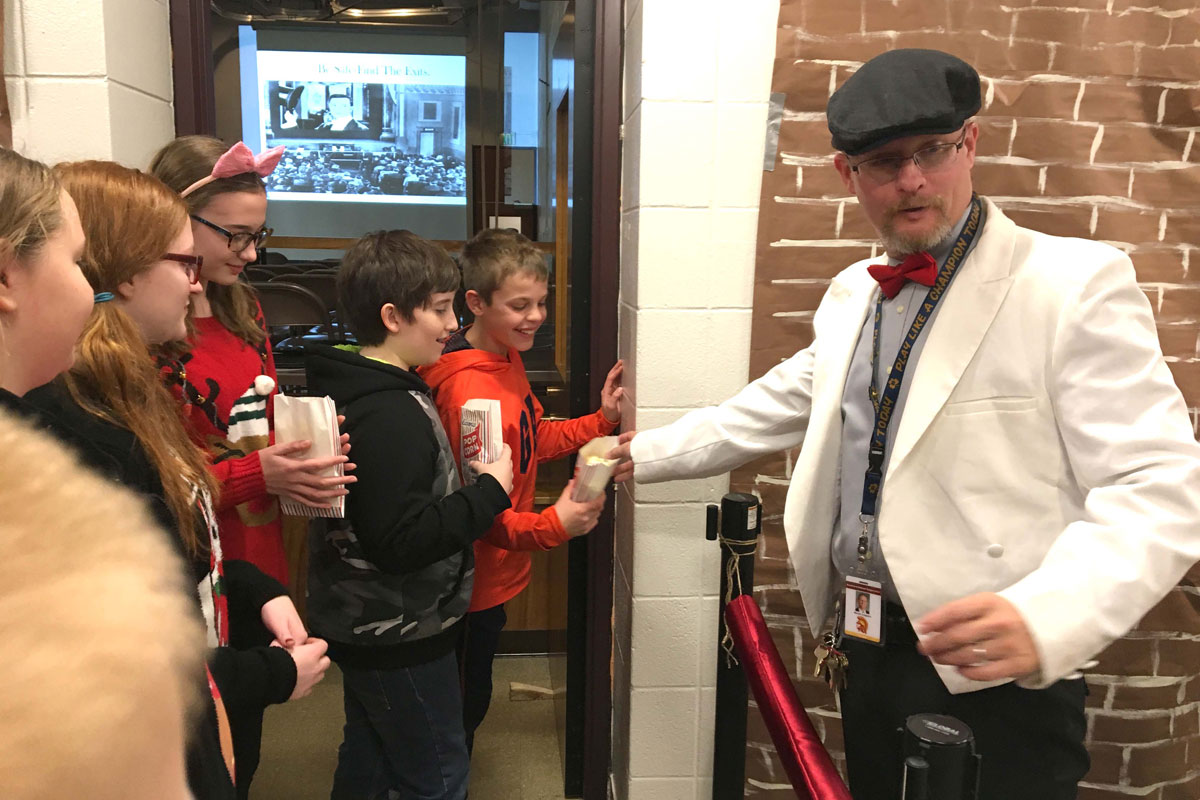 Popcorn Anyone?
Westchester Intermediate Principal Shawn Longacre passes out popcorn at their sixth grade culminating in-school theater experience of 1930s style. Teachers created an atmosphere for the students to experience what it was like to go to the movie theater in the 1930s complete with a ticket booth, concessions and old movies from the 1930s. This activity was prompted after sixth grade students read the book, Christmas After All: The Great Depression Diary of Minnie Swift. 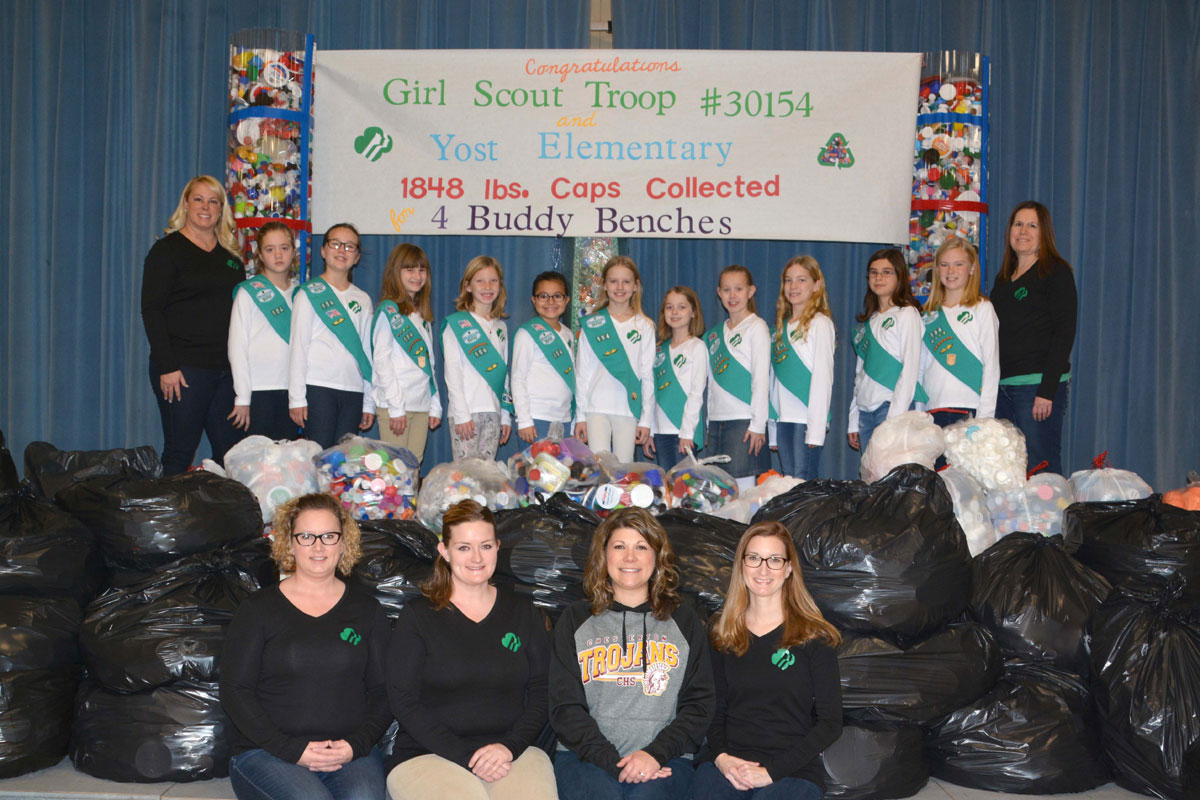 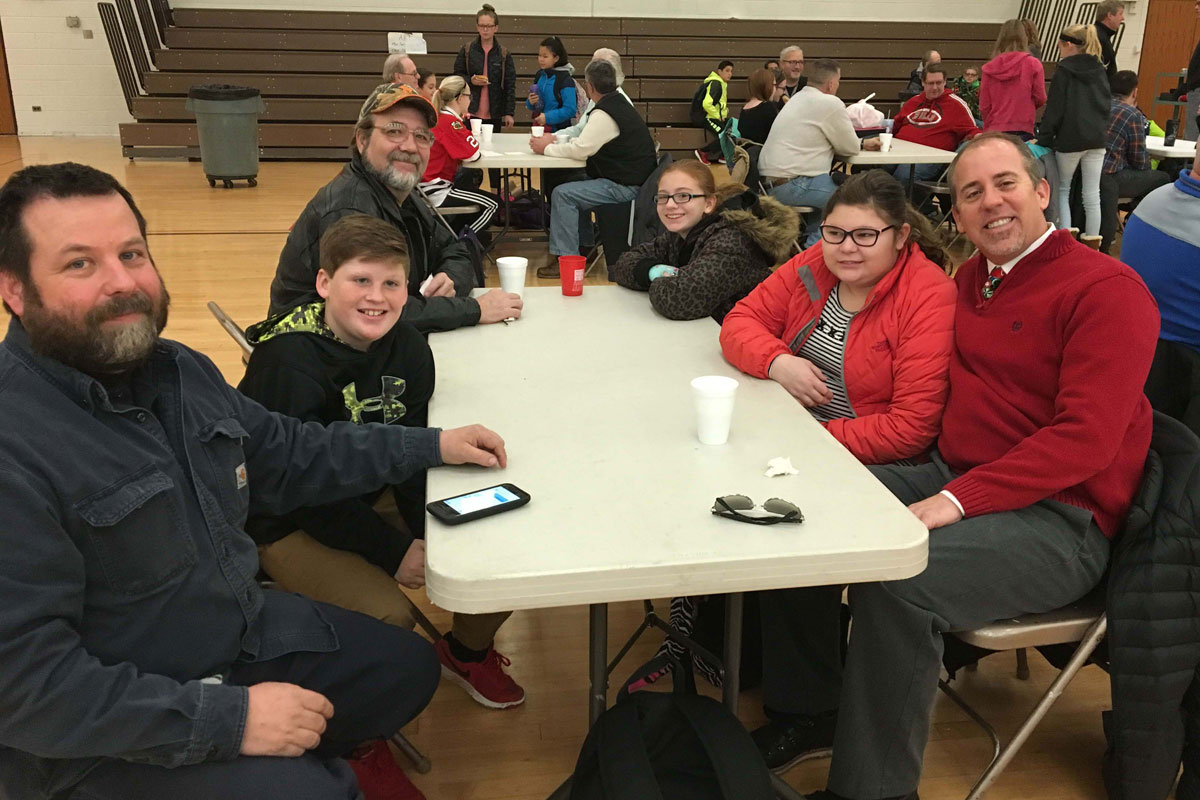 Donuts with Dads
Westchester Intermediate School hosted their annual Donuts with Mr. Longacre this week before school. The event was an opportunity for the positive male role models in students’ lives to visit school to socialize with students, other visitors, teachers, school personnel and the school principal. Pictured Dad/Grandfather’s visiting with their sixth grader at the event are, clockwise from left, Denny Wilcox, Max Wilcox, Richard Deadman, Summer Bokodi, Payton Mohoi and Mike Sutter. 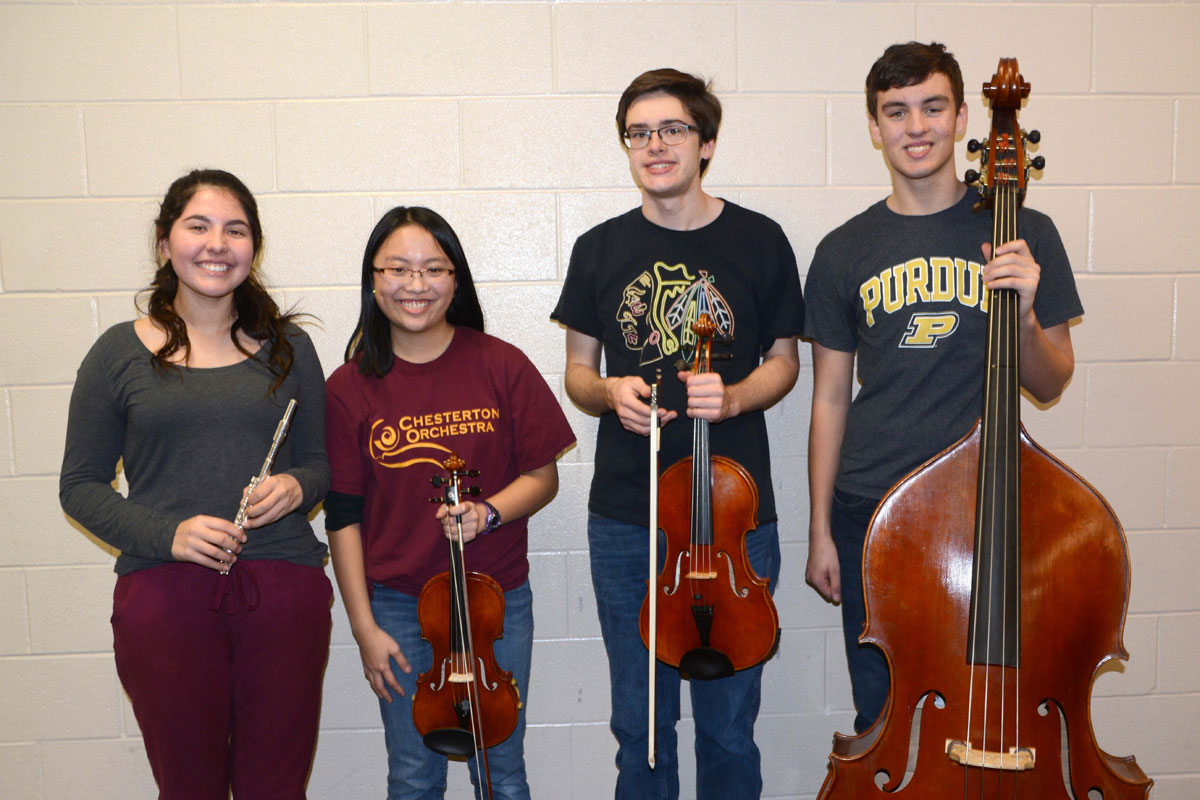 Indiana All State Orchestra
The Chesterton High School Music Department is proud to have four students, left to right, Holly Kittredge, Sarah Harmon, Tristan Dooley and Pieter Ausema selected for the Indiana All-State Orchestra. The students selected for this honor represent the top performing orchestra students from around the state and are chosen based on recorded auditions. Guest conductor Andrew H. Dabczynski, Emeritus Professor of Music Education at Brigham Young University, will lead the students in the music of William Walton, Beethoven, Aleksander Borodin, Vaughan-Williams, Charles Ives and movie composer John Williams. Rehearsals will take place on the second Friday of January with the concert performance on the afternoon of Sunday, January 15. The All-State Orchestra is one of many ensembles that performed at the Indiana Music Education Association Convention this past weekend at the Grand Wayne Convention Center in Fort Wayne, Indiana. The CHS Orchestra teacher is Phil Loos.