Nicole Lisinecki, a registered nurse in the Franciscan Health Michigan City Emergency Department, is complimented before she receives the hospital’s 2017 St. Camillus Award by Matthew Troy, MD, medical staff president, during a meeting in May.

The award, which has been presented since 2010 and is named for Camillus, patron saint of nurses, is presented following medical staff nominations. 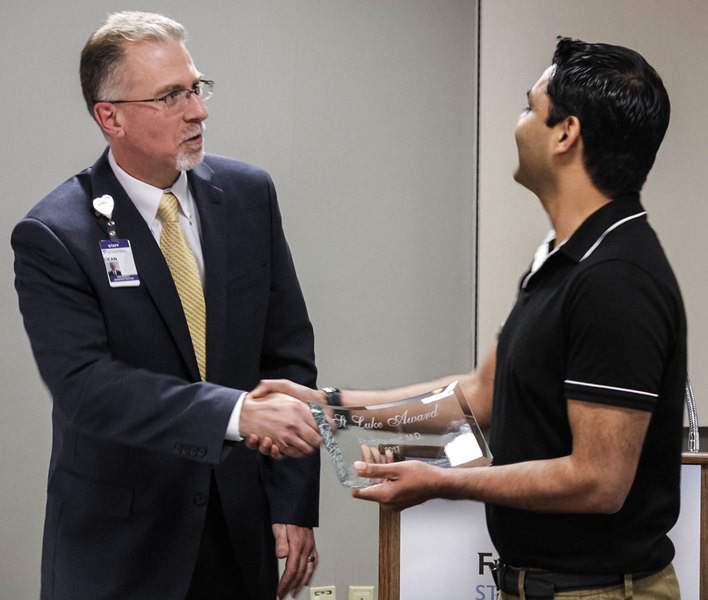 The award, which has been presented since 2010 and recognizes physicians for their teamwork and cooperation with nursing staff members, is named for Luke, patron saint of physicians. It was presented following nominations by nurses.