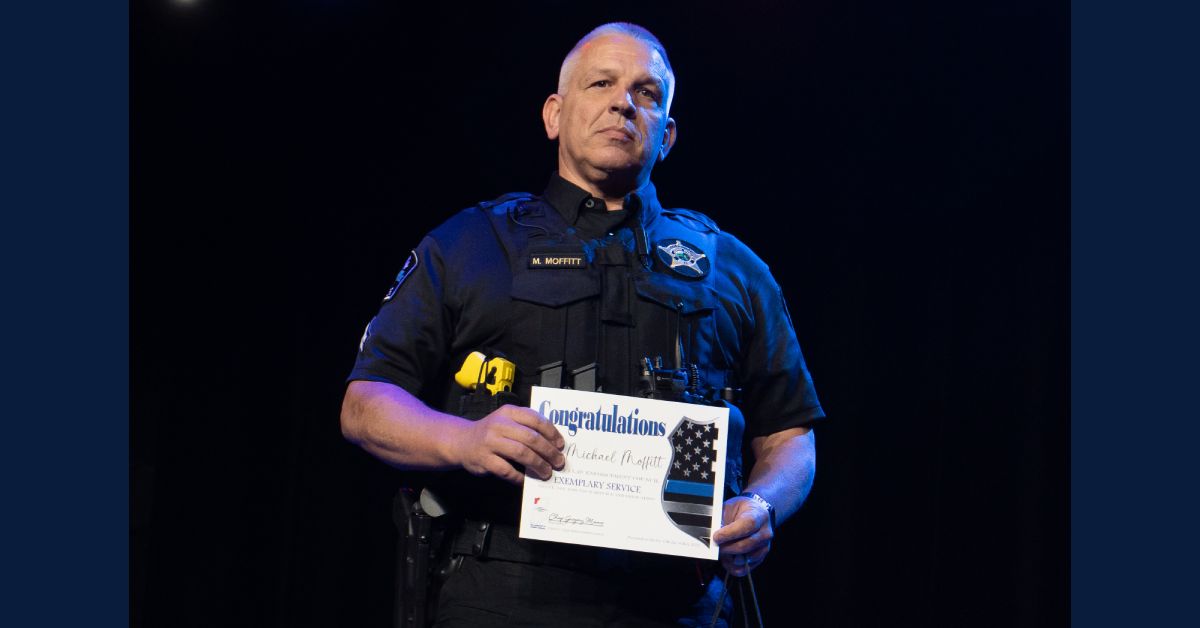 On Friday, May 13, the District 1 Law Enforcement Council hosted its 21st annual awards ceremony honoring exemplary police officers within the district. The ceremony was hosted at Hard Rock Live in Gary, Ind., and attendees were invited to mingle, enjoy free breakfast, and celebrate the officers that were honored during the ceremony.

Griffith Police Chief Gregory Mance began the ceremony with a welcome speech, and the presentation of the colors followed suit. The flags were presented by the Gary Police Department Honor Guard, and the Lake County Sheriff’s Pipes and Drums played during the ceremony.

After guests enjoyed breakfast, Lake Superior Court Judge Aleksandra “Sasha” Dimitrijevic spoke about the courage it takes to be a police officer. Dimitrijevic shared that she had always wanted to be an officer, and that her work as a judge had led her to befriend many officers that she feels have gone above and beyond to ensure justice is served and that community members can feel protected.

She spoke of a specific officer, Ed Gonzalez, who despite working 3-11 p.m. shifts, answered Dimitrijevic’s calls and texts at all hours of the night during an especially rough case. Dimitrijevic thought Gonzalez worked midnights, and it wasn’t until much later that she found out that he was answering her calls and texts during his time off.

When she asked Gonzalez why he didn’t say anything about it, he simply told her that he knew the case was important to her.

“That speaks volumes. Not just to Ed, but to every officer who has that same response to every prosecutor, every victim, every family member, and every fellow officer. You never make it about yourself. It is always about someone else,” said Dimitrijevic.

Dimitrijevic finished her speech by commending the officers in attendance.

“Your lives are measured not by how much money you make or how many things you aspire to do. To leave a legacy, your name must be spoken long after tomorrow. You are our loved ones whose names will be spoken. Those of you being honored today and those of you who put your lives on the line – your legacy will live on because of what you have done for others,” said Dimitrijevic.

Awards were then presented by David Kirkham of the Indiana HIDTA. Awarded officers are as follows:

Officer of the Year Recipient

To conclude the ceremony, Suzanna Enslen from the Hobart Police Department recognized the council’s sponsors and once again thanked the officers for their dedication to the community and their service.

Enslen, in collaboration with the District 1 Law Enforcement Council and Hobart Police Department, was the organizer of this year’s awards ceremony. To learn about the City of Hobart, visit https://www.cityofhobart.org/