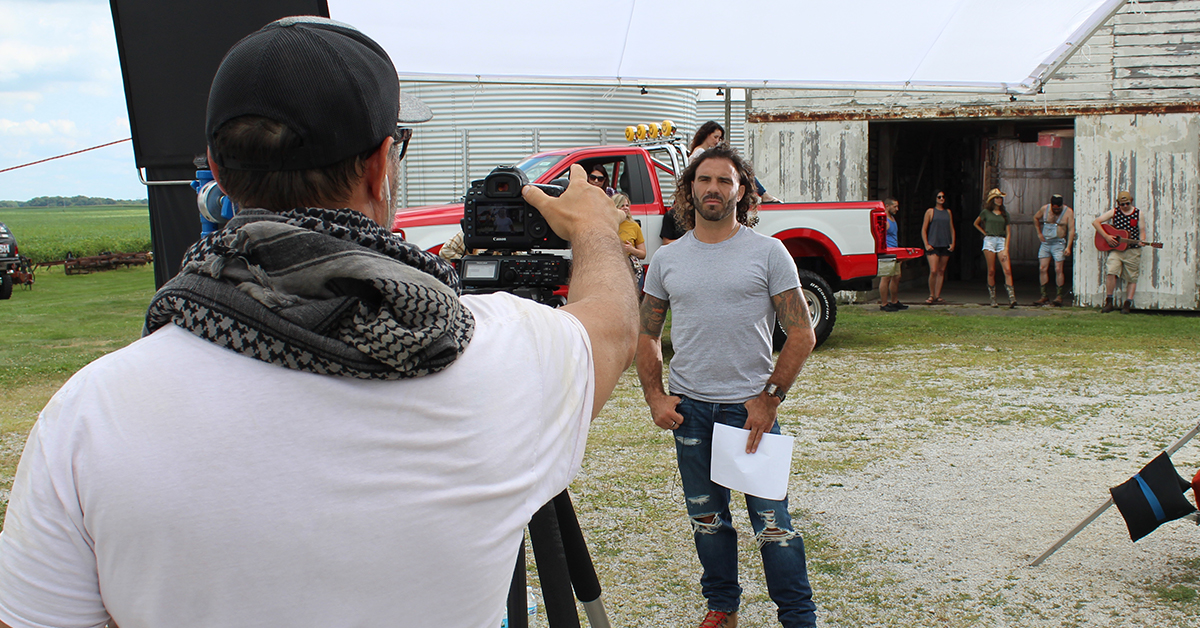 Leo Sfikas, General Manager for Currie Motors Ford of Valpo is rarely subtle. When he dreamed up a vision for a new set of commercials, he did not picture himself or any of his salespeople talking about sales in the dealership parking lot.

Instead, he reached out to a high level producer, Dave Hudson, and together the two assembled a team of artists, daredevils, talent, and stars to shoot a suite of 10 bold, high-quality commercials. Starring Hall of Fame mixed martial artist, Clay Guida, daring motorsport enthusiasts, and a wide array of Ford trucks, Sfikas wanted to defy the expectations set on the average local car dealership.

“This is the kind of stuff you’d expect from the manufacturer, not necessarily a dealership,” he said. “We don’t want to be your average car dealer talking about price and saying, ‘if you have credit issues come see us,’… to me that’s sort of played out. We want to create something enjoyable for whoever watches it on TV and for them to be amused or enthused by it.”

Commercials for cars are usually divided into three tiers, according to Sfikas. Tier one is the nationally broadcasted productions, usually from the manufacturer. Tier two ads come from regional divisions, while the third tier is occupied with those produced by individual dealerships. Ford’s famous slogan is “Built Ford Tough.” Sfikas and Hudson sought out all the ways they could illustrate that classic Ford spirit around the Region and bring Tier One quality to a local level.

On day one, they shot Ford’s racing down a track, taking huge jumps on a dirt course, and dirt bikes catapulting overhead. The next, they threw a massive party, with the nationally famous fighter Clay Guida taking a turn in front of the cameras. The Hall of Famer is no stranger to cameras, but getting in front of one for a commercial feels a lot different than stepping in an octagon.

“It’s all in fun, Leo and the directors come up with these great skits that keep it fun, keep it light-hearted and make the time go by easily,” Guida said. “It’s just cool to be able to meet new people and go out there and try a new market that I’ve got no background in whatsoever. I’m not an actor by any means, I’m a competitor, I’m an athlete, I’m a wrestler, but it’s always fun to get outside that box a bit.”

Films and television are often acknowledged for their achievements in artistry and creativity, but Hudson is no less passionate about putting together unique commercials that expertly capture the spirit of a brand.

“It’s about hiring and bringing together a team that shares a passion,” he said. “What I love about this is walking around the set, person-to-person, and everyone is having an absolute blast.”

Hundreds of hours of work, days spent filming, dozens of cast and crew members, and a lot of talent and vision all went into the shoot. Visit www.fordofvalpo.com to learn more, and keep an eye on your TV and Facebook at www.facebook.com/CurrieFordOfValparaiso/ to see every new ad.