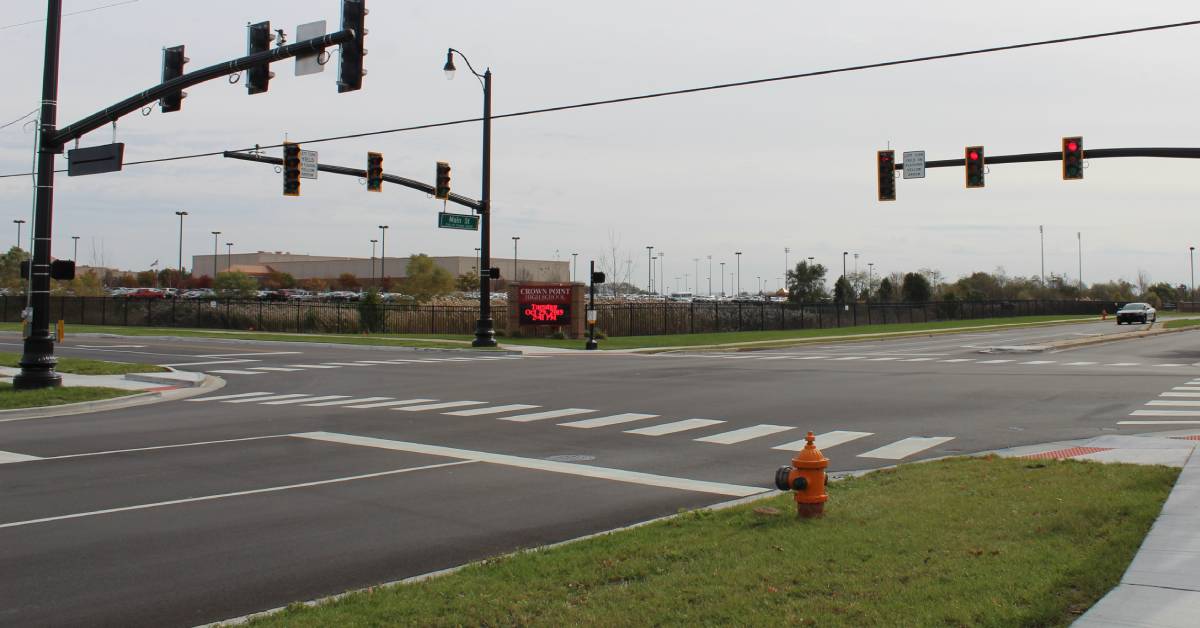 Region residents might feel lucky if they only see one “road closed to thru traffic” sign during their daily drives. Heavy traffic and the local climate put a heavy beating on local pavement, and it can often seem like a mystery to residents what roads are due to be repaved, expanded, or otherwise improved. For Crown Point residents, that mystery is solved thanks to a system called PARSER and transparency from the city government.

In 2016, Crown Point’s Engineering Department started using the PARSER rating method to grade and catalog every road in the city. The engineers look at everything from roughness, surface distress, and structure before assigning a 1-10 rating. Roads rated as 10s are excellent roads, likely recently paved, while 1s are in critical need of reconstruction. You can view the Road Asset Inventory at crownpoint.in.gov.

“Doug Brite [Engineering Superintendent] and his team go out and assess our roads each and every year,” said David Uran, Crown Point Mayor. “They establish those different levels for where our roads are at, and we triage them based on that assessment with 1s being the priority.”

Identifying the need is only the first step. What comes next is putting together the funding for repairs or reconstruction, and rarely does it come with a low price tag. Despite those costs, Uran and the city offer residents a low and stable municipal tax rate thanks to creative financing through grants, taxes, and bonds.

“When I first got in office, we were typically doing about two miles of road a year with just about 500 to 600 thousand dollars available,” Uran said. “Now, with our Community Crossings grant, Wheel Tax, and bonds, we’re consistently getting over $2 million. That covers seven or eight miles but adding a new $2 million bond this year got us in the area of almost 13 miles of roads. Historically, that would’ve taken us seven years of work, but we’ve done it in one.”

When a road or intersection is designated for improvement, the process is long and often requires cooperation from multiple parties – even when the changes seem implemented practically overnight. The intersection by Crown Point High School, 125th and S. Main St, recently expanded and added a traffic light to handle increased traffic at the school, Southlake YMCA, and Franciscan Health. Construction was quick, but the project was in the works for three to four years.

“I always tell people that it’s too bad we can’t buy these projects off Amazon Prime and get them shipped here in two days,” Uran joked. “It takes time, but it came together without any residential tax dollars.”

The years of planning, budgeting, and engineering are already paying off with a much safer intersection for the students that use it almost every day.

“I’d call them inexperienced drivers,” Uran said. “These are kids anywhere from 17 to 18 years old and we’re putting them on an easier road to enter.”