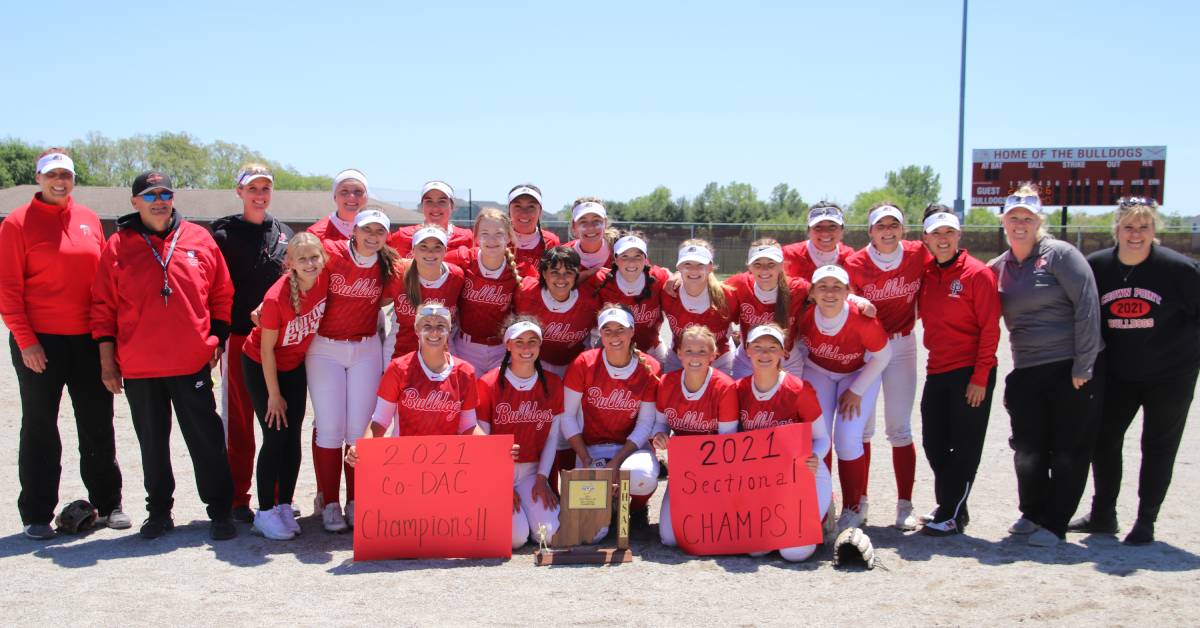 The Crown Point Bulldogs hosted the Lowell Red Devils for the final game of the annual IHSAA softball tournament series on May 29.

The Bulldogs came ready to fight and scored two runs within the first inning.

“The way that they came out high energy right in that first inning and put runs on the board: that’s the way we want to play every game,” said Bulldog Head Coach Angie Richwalski.

After having the championship game postponed for the weather, maintaining high spirits was crucial for Crown Point.

Earlier in the series, the Bulldogs challenged the Valparaiso Vikings in game four, and Crown Point had a slow start. It wasn’t until the end of the game on May 27 that the Bulldogs powered through and took in four runs in the final inning.

In the Championship game, Crown Point used game four’s tough win as inspiration to fuel their fire against Lowell.

“I do think we learned a lot about handling pressure from the Valpo game,” said Richwalski. “After Valpo’s game, we got into this frame of mind where we aren’t going to take anything for granted and we know we are going to have to earn everything! We are going to take it one step at a time now.”

Crown Point continued to dominate and took in three runs at the top of the third inning.

Lowell fought hard and started to come back with a run at the bottom of the fourth inning, but Crown Point pushed back and scored six runs at the top of the fifth. The game was called before the sixth inning since Crown Point had more than ten runs over Lowell.

“It was a big game; this is a good game for a lot of these girls to play their last game on this field,” said Richwalski.

Crown Point is set to face Lake Central next Tuesday for the IHSAA Softball Regionals.

“It is going to be a phenomenal game,” said Richwalski. “It is two great teams going up against each other.”