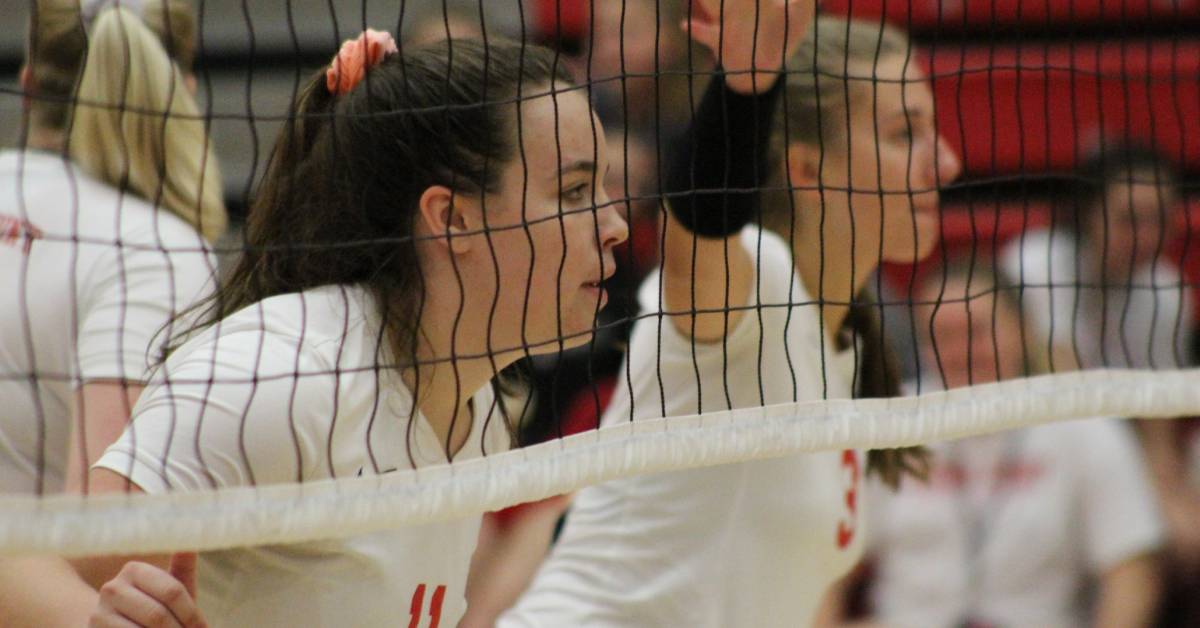 Merrillville started the night on a bit of skid, getting swept in each of the last four. The Bulldogs did not look to offer much relief. Crown Point’s girls have been dominating all season long, boasting a 7-0 record in conference play going into the match. Alison Duncan, Crown Point Head Coach, tries to keep things simple for her team.

“We just need to keep focusing on us and what we do,” Duncan said. “We need to make sure we’re executing, terminating quickly on service, and putting the ball where we’re supposed to.”

The Bulldogs followed their plan to the letter, executing their plays and keeping the Pirates from getting clean touches. They looked dominant from the start, taking the first set 25-9. There were few holes in Crown Point’s play, and many of the points they gave up were self-inflicted on serves hitting the net. The Merrillville girls did mount some impressive rallies, especially in the final set where they chained together points when the Bulldogs looked to shut the game down.

Merrillville coach Amanda Banashak believes that the team needs a kick start to break out of their rut before it gets any deeper.

“It’s about energy,” Banashak said. “Once we find our energy and start to play our game, we’ll get there. I think it’s a confidence thing right now. In certain games and against certain teams we’re lacking confidence.”

The Pirates did improve over time, going 12-25 and 13-25 in the following sets. And, despite the lopsided result, Banashak liked a lot of what she saw out of the girls’ effort against one of the state’s best teams.

“Our servicing was a lot better than it has been,” she said. “That’s been something we’ve drilled into them for the last two weeks. It’s something to build on, we’re getting there, it’s about taking baby steps.”

The Bulldogs are off until Tuesday when they will face off against La Porte. The Pirates, meanwhile, will look to right the ship against Wheeler on Monday.