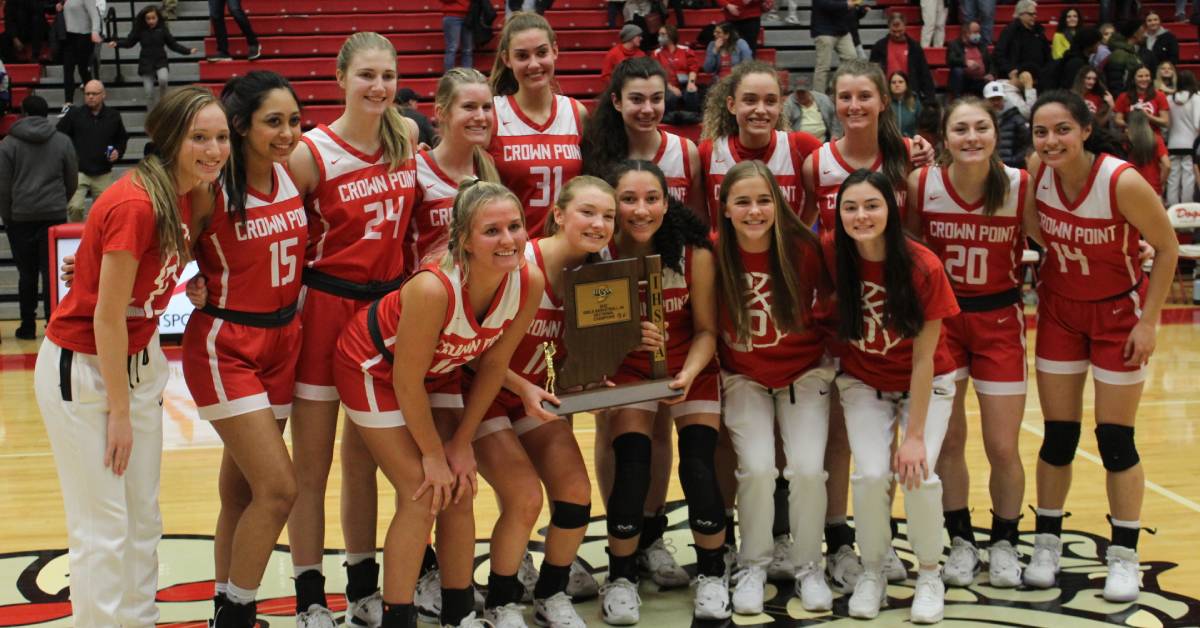 The Lady Bulldogs are champions once again – securing their fourth straight basketball sectional title on Tuesday night in a 50-48 victory over Merrillville.

“[The girls] knew what was at stake – their season,” said Chris Seibert, head coach for the Lady Bulldogs. “They’re prolonging their career, defending their state title. What a tremendous accomplishment to defend your home floor night in and night out consistently against all the different teams that they’ve faced. But this was all about surviving, advancing, and winning a sectional.”

“How about Brooke Lindesmith, she was outstanding tonight,” Seibert said. “Whether it was passing, defending, or hitting some huge shots she just stepped up in the clutch and was a big reason why we were able to pull this game out.”

Merrillville played the Bulldogs aggressively all night to keep the game within a shot. Lindesmith credited her coaches for helping them prepare for the Pirate’s onslaught.

“We just have to be physical with them if they’re physical with us and not let that affect us at all,” she said. “I’m super pumped that we’re going to regionals now. I’m a little nervous, but that’ll go away once we start playing.”

The victory secures them a spot in the Regional tournament hosted in LaPorte on Saturday, where the Bulldogs will continue their quest for two straight state championships.