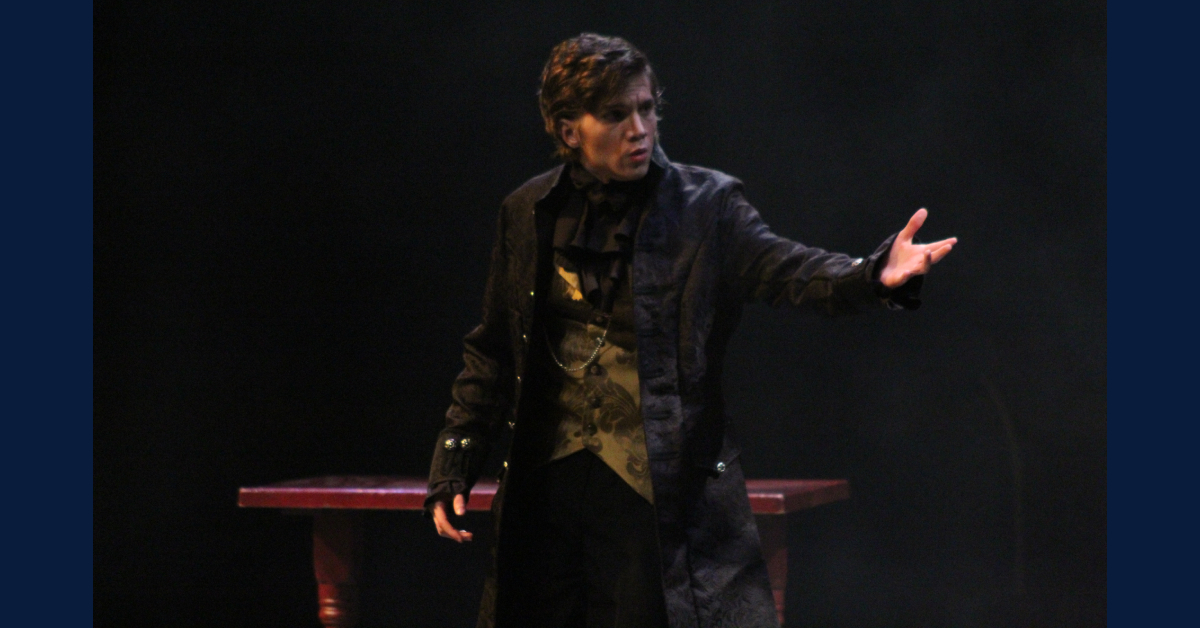 The young thespians and production crew of Crown Point High School Theatre launched their fall play on Wednesday with their opening night performance of “The Trial of Ebenezer Scrooge.”

Written by Mark Brown, the play serves as an unofficial sequel to Charles Dickens’ famous novella, “A Christmas Carol,” with Scrooge seemingly back to his old self - suing the Ghosts of Christmas for all manner of crimes. It is a comedy with a lot of heart, but CPHS Theatre Director Kit Degenhart was initially drawn to it for more practical purposes - safety in the midst of COVID-19.

“It really came down to social distancing from a staging standpoint,” he said. “I had to pick something that didn’t involve kissing or hugging, fighting or conflict, or anything that would keep two people in close quarters. For me, that meant a courtroom setting. I love the playwright Mark Brown, and I stumbled on this title, read through it and it had me laughing, engaged, and it’s heartwarming. It checked all the boxes and would allow me to social distance.”

Degenhart took every measure to ensure social distancing during practice and production. In turn, the students embraced the challenge of learning the performance in such a challenging environment. They faced a number of curveballs along the way, including a last-minute postponement of their original opening night after some cast members went into quarantine.

“There’s new things thrown at us every day, one day we’re postponing the show, the next day only certain people can show up,” said Connor Phutawon, who plays Solomon Rothschild. “We’re always adjusting and doing the best we can. We’re here for the ride.”

The last few days proved especially turbulent, and the call was made to limit the audience to two parents/guardians per student.

“I wish more people could see it, it’s a wonderful piece,” Degenhart said. “It’s so good that once we get out of this nonsense, I’ll probably want to do it again.”

Some of the students were part of the cast of CPHS Theatre’s spring musical, “Freaky Friday,” which was cut short as the pandemic unfolded.

“Last year, we got the news during one of our performances and that was it,” said Jayden Eckhart, who stars as Ebenezer Scrooge. “This year, there might not be a ton of people in the crowd but that’s more than no show. Honestly, I can’t believe it. It’s fantastic.”

Phutawon echoed Eckhart’s sentiments, noting how much it meant for the entire cast and crew to perform in front of their family.

“I’m so grateful,” he said. “It’s great to show people what we’ve been working on, and that even through chaos and craziness that we can still entertain and put on a good show.”