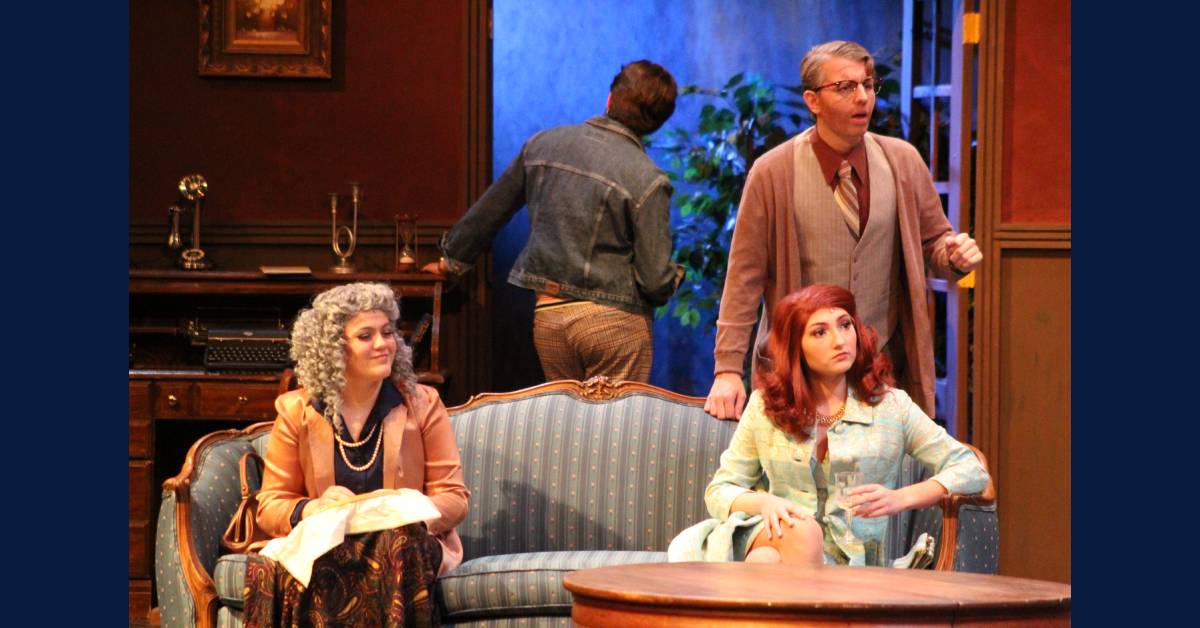 Crown Point High School’s thespians took the stage on Saturday for a performance of “But Why Bump Off Barnaby?” – a farcical murder mystery by Rick Abbot. Filled with poisonings, disappearances, and a cast of truly bizarre characters, CPHS Theatre brought it all to life in their whimsical production.

CPHS Theatre Director Kit Degenhart knew from the beginning of the school year that he wanted to do a murder mystery for the season’s first performance.

One of the biggest challenges for the young cast was that all but one of the characters has a British accent. CPHS Theatre, not a group to compromise and drop the accents, met the challenge head-on.

“We have a dialect coach and she worked with them off and on every two weeks over the course of eight to nine weeks,” Degenhart said. “It’s pretty impressive, [the kids] are amazing at it. They’ve gotten to the point where their warm-ups are adapted to the dialect.”

A good performance goes beyond memorizing your lines, you need to embody the whole character. Aaron Herrera, a senior, took on the challenge of playing the capable and diligent butler named Medkins.

“They had to help me get good posture, that was the hardest thing to do,” Herrera said. “I had to learn all the proper etiquette. It’s just so cool being in the setting of that mysterious murder.”

Herrera joined CPHS Theatre as a freshman. Initially, he only played ensemble roles where he would sing and dance in the background. Now, he plays as a lead character with first billing in the program.

“As I worked my way up over the years, I saw the people that I was in theatre with graduate away,” he said. “I realized that you kind of replace them, you’re now the one people are looking up to in that same way. It kind of comes full circle, in a weird way.”

“Barnaby’s” opening night was on Friday to a packed house. The script gradually escalates in craziness, so the cast and crew were not sure how the audience would react. It turned out they had no reason to worry, as they were blown away by the positive feedback.

“When you do a comedy show of any type, you never really know how the audience is going to react,” said Jon Anderson, a senior who starred as Jeff Barnett. “Last night, they reacted absolutely wonderfully to jokes we thought they’d like, but also to ones we weren’t sure how they’d respond to. It was really good, and we got all positive feedback on the show. It was great!”

If you missed this weekend’s showings, there is still a chance to see “Barnaby” on stage. CPHS is hosting two more performances on November 22 and 23.