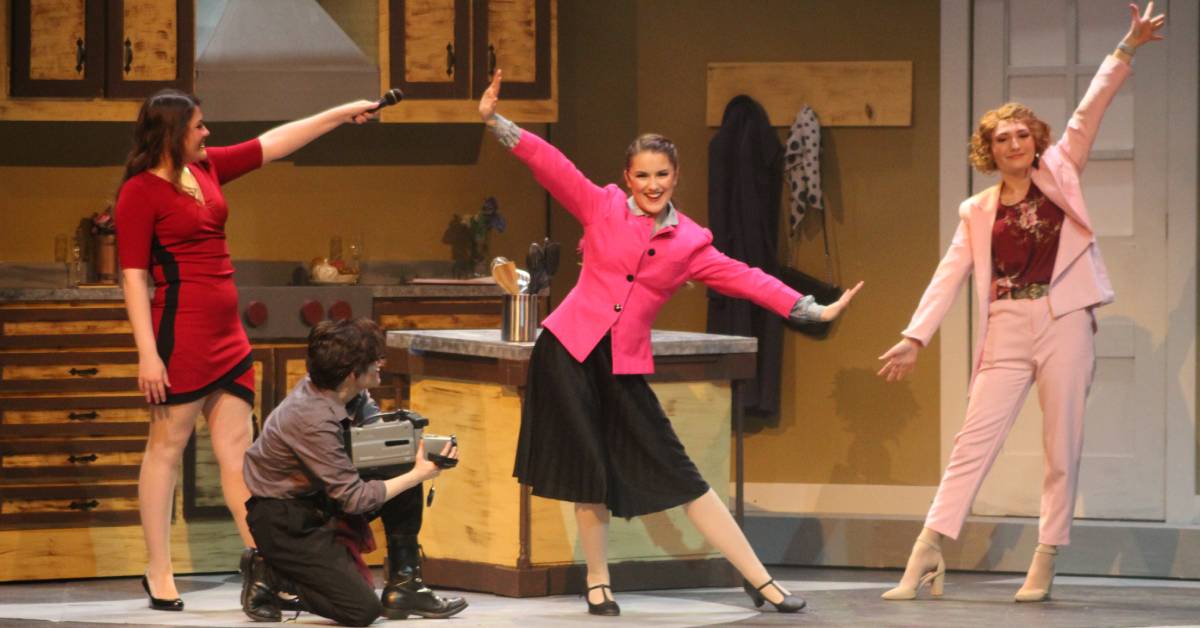 Crown Point High School Theatre brought a contemporary classic to life on Friday night with their rendition of the musical “Freaky Friday”. In the lighthearted comedy, a feuding mother and daughter swap bodies the day before the mother’s wedding.

Many people were first introduced to the story thanks to Disney’s 2003 film starring Lindsay Lohan and Jaime Lee Curtis, but the musical rendition performed by CPHS Theatre is a unique spin on the tale featuring music and lyrics by Tom Kitt and Brian Yorkey written by Bridget Carpenter. CPHS Theatre Director Kit Degenhart was inspired when he stumbled upon Disney’s made-for-TV adaptation almost two years ago.

“I only caught the end of it, but as soon as I turned it on, it was so catchy,” he said. “Disney knows how to put together a good story. I thought about doing it last year, but we were committed to another musical, so I waited. This year, it felt like a perfect fit for this group, so I made the decision to run with it.”

“A play might take place in one room while musicals, and this one especially, take place in a lot of different areas,” Degenhart said. “It takes place at their house, in a school, and goes back and forth a lot. It’s a huge challenge.”

The actors and production crew rose to that challenge, seamlessly moving throughout the shifting set. For leading ladies Paige Lichnerowicz and Mara Manoski, who play Ellie and Katherine Blake, the most unique challenge was playing two characters in one body.

“You have to be able to play both roles,” Lichnerowicz said. “So that initial switch was definitely the hardest part of learning the musical.”

Manoski noted that the learning process was not always easy.

“It was kind of touch and go –we didn’t really get it at the start of things,” she said. “Towards the middle, we hit a bit of a slump, but now we’ve finally hit our peak. We’re at our best capabilities.”

The spring musical also serves as a farewell tour for CPHS Theatre’s seniors, like both of the leads.

“Theatre has been the biggest part of my high school experience,” Lichnerowicz said. “It’s like a huge family. This is my last performance here. I’m upset, but I’m also super excited to get out there.”