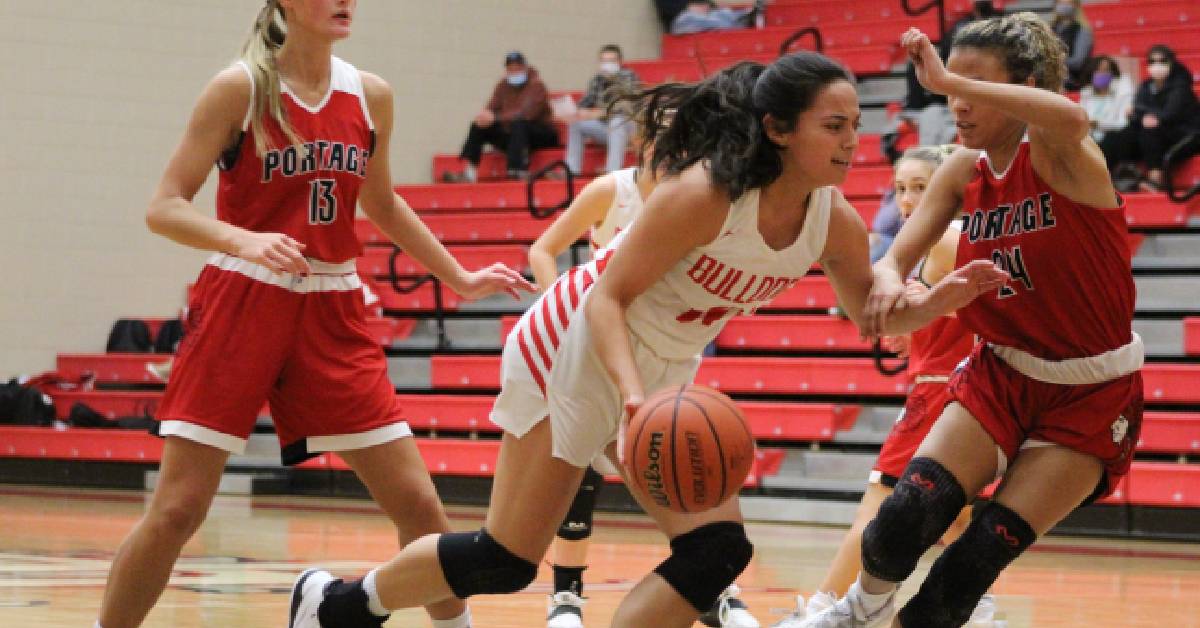 The Crown Point High School varsity girls basketball team faced off against the Portage Indians on Friday night. The Lady Bulldogs established a strong lead from the beginning of the game, with the score sitting at 36-16 by half time. At the end of the night, Crown Point won with a final score of 64-29.

The Bulldogs set an aggressive tempo early on, and built up a quick lead they continued to pad as the game wore on.

Head Coach Chris Seibert attributed the victory to a strong all-around performance from the team, who executed their game plan to counter Portage’s strengths.

“I think everything for us starts on the defensive end of the floor,” said Seibert. “I thought we were able to speed them up a bit, get some turnovers early, and then get out and transition and run. They’re a very good offensive rebounding team, and we wanted to focus on limiting them to one shot possessions and then getting out and running, for us, in transition.”

“I thought the girls did a really good job overall tonight,” he said.

The Bulldogs (5-0) will face off against the Penn Kingsmen on Saturday, December 5th at 6 p.m, while Portage (2-2), will head to North Judson to battle the Bluejays on Tuesday, December 8th, at 7 p.m.