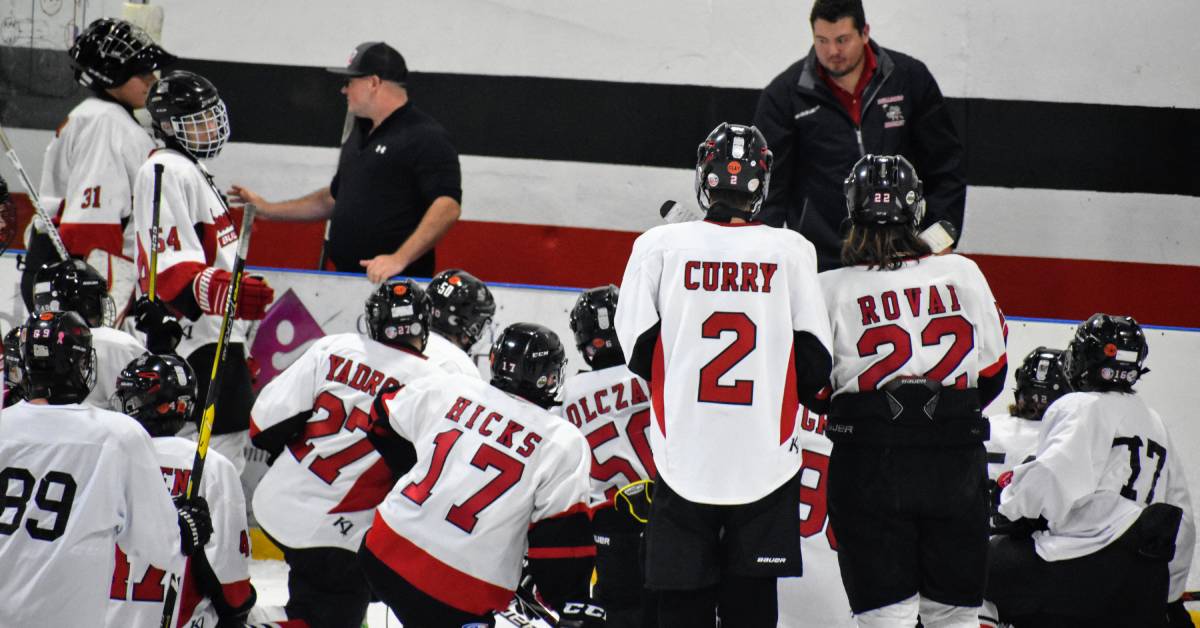 The 2019/2020 season of high school sports has started. It seems like everyone is familiar with football, and the whole concept of Friday night lights really brings the whole community together, but what about sports that fly below the radar, such as hockey?

Hockey is a club sport that not many people know actually exists within the high school sports world. Most schools don’t even have a team because they are considered a club rather than a sport. There are a total of four teams in the Illiana league, including Crown Point, Munster, Bishop Noll, and Lake Central.

The teams compete for nine grueling months to claim titles such as Roper Cup champions and state champions. The new season began late August and finishes at the end of March.

Students from Northwest Indiana begin their season by playing scrimmage games to get their momentum back. After a tough final game back in March, Crown Point Hockey may still have a stale taste from the game in their mouth. They started the season with both new players and coaches.

Then the real games begin. The rivalries start and the intense high-pace nature of hockey comes along with them. The rough regular season begins in the middle of September and finishes in February. Teams from all across Indiana and Illinois compete for the top spot in their league. Players get injured, teams win, teams lose, and the Roper Cup eventually creeps around the corner.

The Roper Cup is the ultimate bragging rights of the high school hockey club community. Lake Central, Munster, Bishop Noll, and Crown Point all compete in a round robin tournament in the hopes of advancing to the final championship game. The Lake Central crew have been reigning champs since 2017 and are a tough team to beat. Winning the Roper Cup in the hockey community means just as much to participating players as it does to professionals who win the Stanley Cup in the national league. After the Roper Cup, teams get about three weeks to rest and regroup for the state playoffs.

The state playoffs consist of four tiers which include 1A, 2A, 3A, and 4A. Unlike football, hockey’s rankings of which tier you are in are measured by how well you perform in the regular season. After state playoffs, players from Illinois and Indiana get to boast to other teams about their winnings or get to reflect on their losses and get prepared for the next season of club hockey.

When you are describing a hockey player, you might not think of a student who puts in just as much effort in school as he does on the ice. Grant Walker, CPHS senior, would prove you wrong.

Grant has been on the varsity hockey team at Crown Point for four years. From freshman year to his senior year, he’s always had a passion for the game and wouldn’t want to play another sport throughout his high school career. Grant says he loves the game because it never slows down. Hockey is always fast-paced and always keeps you on your toes. He was recently voted captain of Crown Point’s hockey team and is ready to take on the big responsibility of leading a team.

Grant is involved in his school as much as he is involved in his team. He enjoys being apart of student council and has been involved for four years. He played lacrosse his freshman year, which is also a club sport. He enjoys putting in hard work at school and hopes to attend college once he graduates. He plans to attend Indiana University Bloomington and play on their hockey team.

Each team within the league can have a coaching staff consisting of two to six coaches. All the coaches in the area are outstanding in what they do. One that stands out is Nikolas Kazmierczak, CPHS junior varsity coach.

Nikolas played in the Illiana League All-Star Game and went to the state championship twice. Nikolas has been a tier-one coach for two years and doesn’t plan on stopping any time soon. He says it’s a whole new way of looking at the game of hockey.

He loves to interact with players and ask for their input. Nikolas frequently talks with his players about game plans and ways to improve their all around abilities.

Nikolas is a role model to his players and always tries his best to improve their game and respects them on and off the ice. Nikolas plans to move up to a tier-two coach soon and plans of spreading the love of hockey to the youth for years to come.