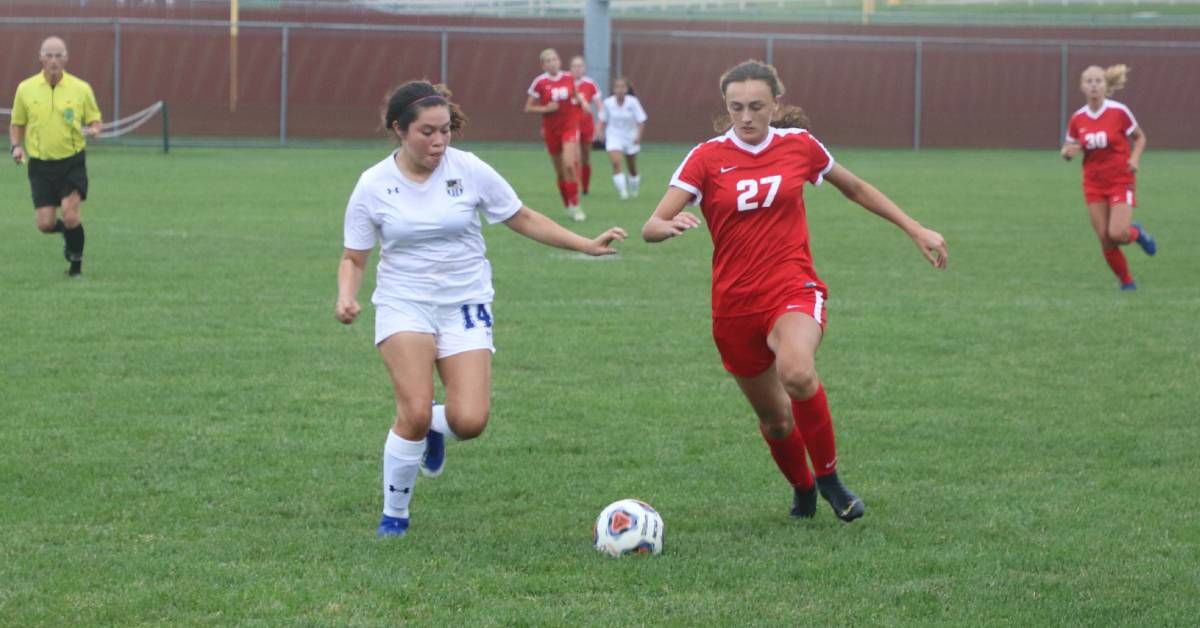 The Bulldogs held the Indians down in the beginning, with Lake Central not scoring until late into the second half.

“We have moments. We are a young team, so we are gonna have a lot of moments where we have to build and learn,” Lake Central head coach Shawn Thomas said. “We saw that tonight.”

Crown Point was in the lead almost immediately. At the end of the first half, the score was 1 to 0. As the night went on, the temperature cooled, but the game heated up as action was back and forth throughout the field. There were many close calls, but solid defenses from both sides prevented as much scoring as possible.

“There’s a lot of confidence in slithering and weaving through the field,” student Cristian Espinoza said.

This win is important for setting the tone of the new season for both teams.

“This is a good building block for us,” Crown Point head coach Chris Mikrut said. “Lake Central is our rival. Lake Central is a great team, very well coached.”

This is only the beginning for both teams. Lake Central leaves the city of Crown Point with confidence.

“I think we can take a lot of positives out of this into our next few games,” Thomas said.