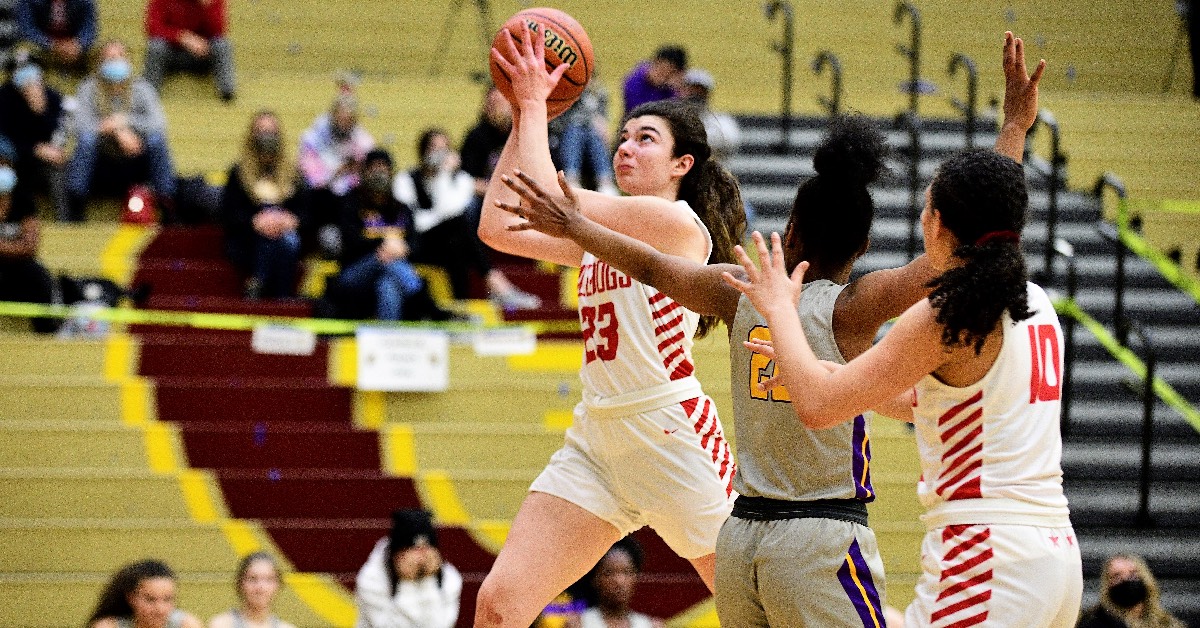 The game was fast and intense from the start. Early on the Bulldogs’ Lilly Stoddard sank a three-point basket putting the team in the lead. The Brickies’ Asia Donald helped the Brickies answer with a two-pointer of her own. With just 6:06 left in the first quarter and only three points separating the teams, Bulldogs’ Coach Seibert called a time out. It was clear the Bulldogs were receiving a good reminder of what they were there to do.

“The pressing and fast pace caught me off guard,” said Asia Donald.

Donald, point guard and lead scorer for the Brickies was all smiles despite the loss. Playing against tough competitors like the Bulldogs was a season highlight for her.

“Today was a good experience. It was hard and we had to fight through,” said Donald.

“It’s a good experience to go up a team like that,” echoed Brickies Coach Tim Feddeler. “ We were just proud we finished the season on our terms. We talked before the game about River Forest and Whiting not being able to play the sectionals; Munster winning on Tuesday night and getting shut down. I told them ‘Those three teams, those girls, would kill to be in the spot you are in. Don’t disrespect them by not giving everything you got.’ We played hard today. We knew what we were up against, but we battled. I’m proud of our effort.”

Crown Point Head Coach Chris Seibert too was proud of his team and looking forward to the next steps.

“We are just excited to have the opportunity to play for a championship. Anytime you can get in a situation where its one game and you can win a championship, it doesn’t get much better than that,” said Coach Seibert. “There is nothing better than cutting down the nets in Indiana high school basketball.”

Coach Seibert knows the Chesterton Trojans will give the Bulldogs a run in the finals.

“We are familiar with Chesterton. We played them in sectionals last year,” said Coach Seibert. “They are a very well coached team, and we know they are going to give us everything they got. I just hope that our kids are focused and ready to go tomorrow night and be at their best.”

The Trojans will host the Bulldogs on homecourt Saturday February 6th at 7 p.m. for the IHSAA Sectional Finals.