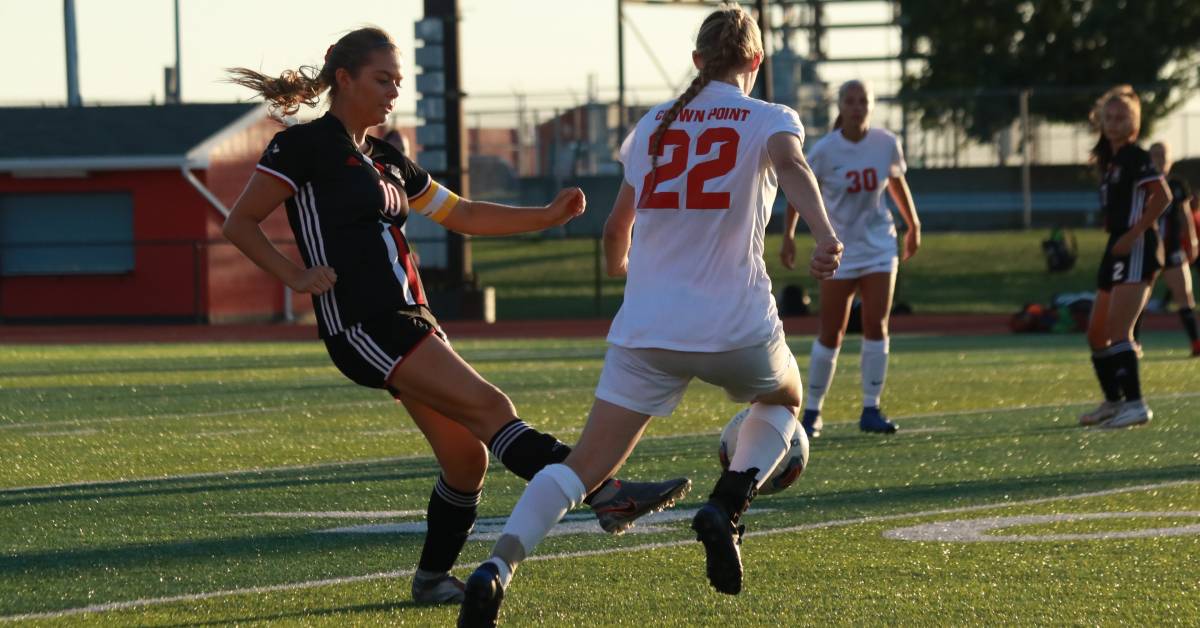 The Crown Point Bulldogs and the Portage Indians faced off at the Warpath at PHS on Tuesday night. All 80 minutes were played tough by both sides, and Crown Point came out on top 2-0.

Crown Point Head Christopher Mikrut was happy to get a win and compete well against the Indians.

“We struggled with our touches today on the turf, but the effort was good. Defensively, I thought the girls did a great job. Portage did a great job with the way they defended us, and the goalie played good too. It’s a win and in the DAC, it’s all you want,” Mikrut said.

The Bulldogs next two opponents will be Lowell and South Bend St Joseph. They hope to play hard against the non-conference teams.

“Lowell will be a nice game to let some kids get some minutes in. St Joe, we have to play tough and counter them. They are a top team in the state, and we have to counter their moves.”

“The effort was good today and execution was almost perfect. We gave away two not great goals, but I definitely thought overall it was good,” Plawecki said.

The Indians will play Munster on Thursday and Coach Plawecki believes his team is good enough to take control of the game.

“We’re going to play the way we want to play. I think we’re good enough to not have to adjust to other teams. Our goal is to keep in the race for the top three in the DAC. Sectionals is also a big focus and trying to get to the championship there.”

The Indians and the Bulldogs both look to keep their focus high on the competition in the conference. The DAC is a tough conference and both teams have to keep playing hard in order to stay on top of it.

Be sure to check in for more soccer coverage and come out to enjoy some Region soccer games!