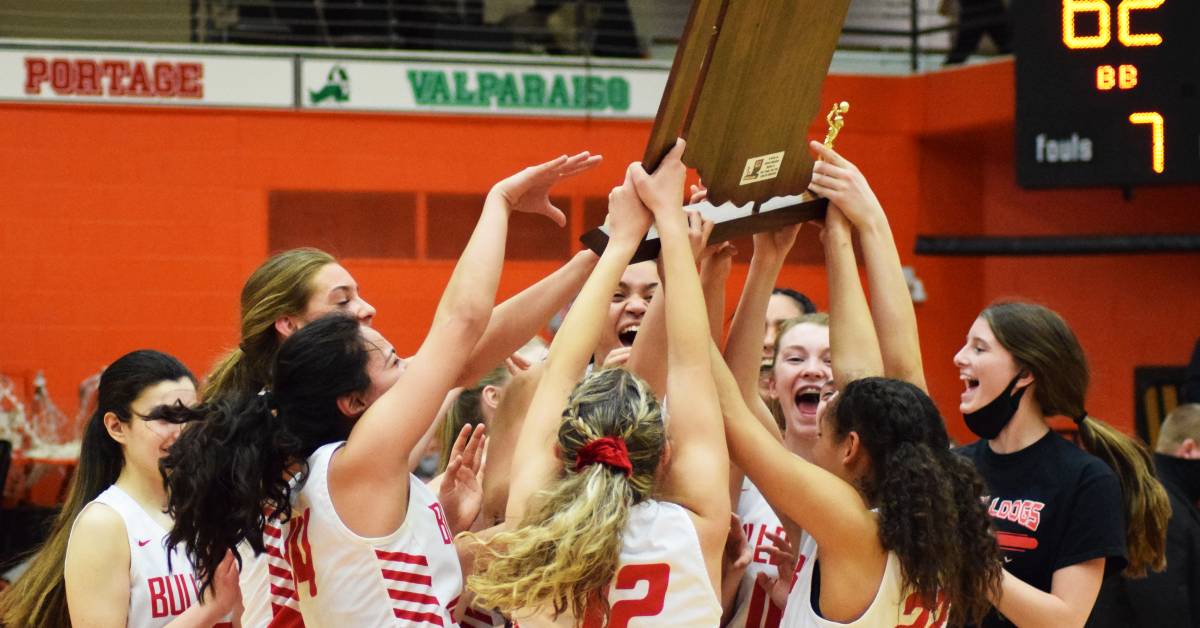 Crown Point High School has dominated Northwest Indiana sports over the past few years and have continued to do so this year. Outside of the Region, however, schools surrounding the Indianapolis area have dominated competition around the state, but this year, the Crown Point Bulldogs are changing that.

The women’s basketball team at Crown Point defeated Carroll on February 20 to clinch the semi-state title, advancing to the state championship this weekend.

During that same weekend the Crown Point wrestling team had eight athletes compete at the state finals in Indianapolis. They finished fourth overall, with Jesse Mendez winning his third individual title and Logan Frazier finishing second in his weight class.

Crown Point athletics has also had success with volleyball, softball, cross country, baseball, and softball, winning sectional titles in all of them recently.

“We have amazing coaches and athletes. They allow us to have success in a variety of different sports,” said Dorulla. “I think we are a growing and sport-driven community here in Crown Point.”

“We try to get as many kids as we can to participate in our sports. It’s great for kids to participate in an extra-curricular. It means a lot for a high school athlete, because it provides character building, and gives them a good outlook on life,” said Dorulla. “With participation up, programs have really blossomed over the years and success has opened up. We have been able to keep coaches for a long time and they really help the athletes succeed.”

With the new hire of Craig Buzea as the head football coach, Dorulla looks forward to Buzea helping to lead some of the younger coaches.

“Buzea can serve as a great resource and mentor for our younger coaches,” he said. “He has been around high school athletics for a long time.”

On top of great coaches, athletes, and a strong community, Crown Point athletics hosts an Athletes Council that helps to involve student-athletes, parents, and coaches. Dorulla credits them as a strong part of the department that helps all parts of athletics stay connected.