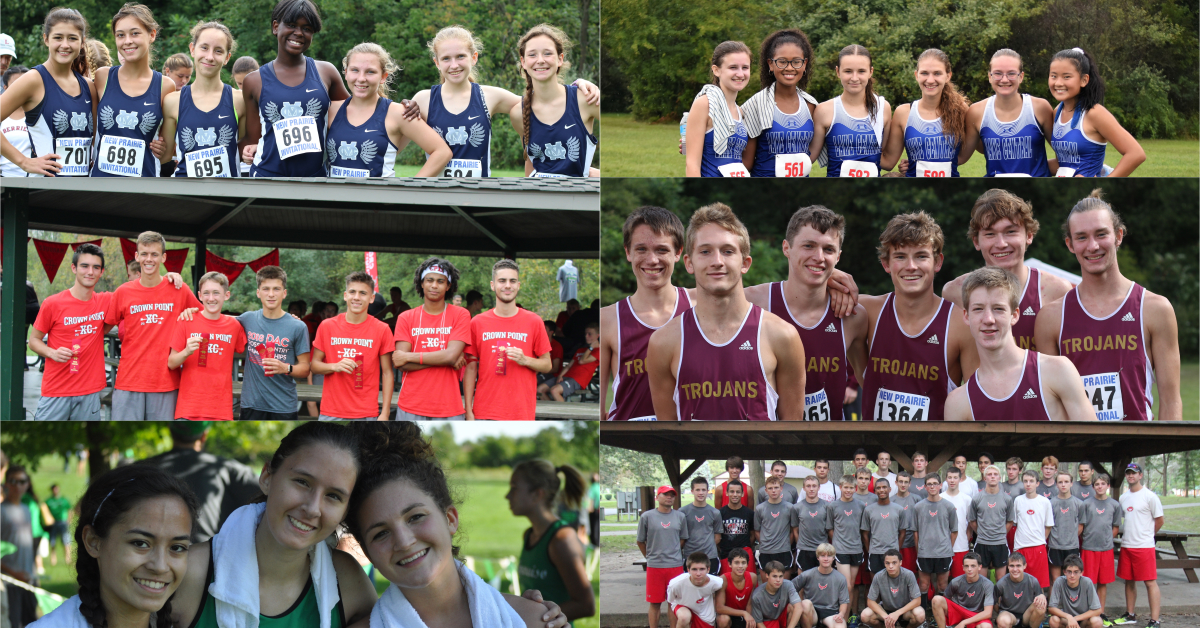 Region high school cross country season is off and running. Runners and coaches have been training all summer and are bringing their talents and hard work to the race course. We invited Region high school coaches to share their insights on the upcoming year. The Region has been populated with talented runners for many years, and this year is no exception.

“We expect our team to compete with enthusiasm and display good sportsmanship whether we win or lose,” Crague said. “We have a nice group of seniors, most of whom have state meet experience, and we will look to them to provide leadership and set the tone for the year both on and off the course.”

The girls team had a coaching change recently, as coach Adam Nellessen resigned to take a new position at the high school. Coach John Arredondo was an assistant on the team for a few years and took over the head coaching position.

“Based on what we have coming back from last year’s team, the opportunity is there to compete at a high level this year,” Arredondo said. “We return 10 of our top 12 and every one of our scorers from all the post-season meets last year. As in many sports, the key to this year will be our health at the right time. You have to be healthy at the end of the year.”

“From a running perspective, our goals are the same every year—run and train to win the DAC, Sectional, Regional, Semi-State, and place in the top 10 at the state finals,” he continued. “The team has sat down, and these are our goals. We also know this will not be easy to accomplish. Chesterton, Crown Point, Wheeler, and Lake Central all have good teams this year, and we will all be competing hard against each other.”

Last year, the Portage teams were able to piece together a solid season. They competed and stuck with some of the best in the Region and hope to be among the top teams in the 2019 season. The boys finished 3rdin their regional, 5thin their regional, and 8thin their semi-state in 2018. The boys are hoping to reach the state finals for the first time since 2016, and are led by Kyle Gutierrez, Tommy Elwood, and Brandon Warren. The girls finished 4thin their sectional, 4thin their regional, and 11thin their semi-state. They are led by a large group of seniors—Morgan McCollough, Kaitlyn MacKovyack, and Brisa Martinez—and hope to compete well in the Region. The girls are hoping to reach their first state finals appearance since 2015.

“The big goal, as it is every year, is to be racing in Terre Haute on November 2,” said Coach John White of the girls team. “The region is filled with great teams and coaches. We just need to continue to improve each week and be at our best at the end of the season when it really counts.”

“I firmly believe that we have strong leadership and a very real desire to improve on a daily basis,” said Coach Tom Erickson of the boys team. “I see my leaders pushing our younger guys to be elite in their prep, training, and recovery. It’s refreshing as a coach to have ‘lieutenants’ who know what is expected of the group and excel in communicating those expectations.”

“As a team, we always set the goal of competing at the state finals. However, as a coach, I am mostly concerned with making sure that our guys are figuring out how to deal with the daily grind of consistent training at a high level,” Erickson continued. “Our effort level has to be high and we have to control the things we can control, so I am focused on developing these traits across the board on our team.”

“The 2019 season for Michigan City XC will be measured in personal, individual growth rather than the typical glance at the win/loss column,” Liss said. “I have never looked too far down the season's calendar as a gauge for success and goal setting, rather I set daily and weekly goals that the individual can use as an assessment tool to their definition of success, needs improvement, or failure.”

The Crown Point Bulldogs are coming off a very successful 2018 season for both the boys and girls. They are hoping to bring their success from 2018 into their 2019 season. The boys finished 2ndat their sectional, 1stat their regional, 3rdat their semi-state, and 17that the state finals. The boys will be led by all-state finisher Geno Christofanelli. Quinton Bock and Anthony Saberniak will also assist the Bulldogs. The girls team finished 1stat their sectional, 2ndat their regional, 6that their semi-state, and 22ndat the state finals. They will be led by all-state finisher Jaelyn Burgos and all-state track athlete Maddie Russin. The boys are coached by Keith Iddings, and the girls are coached by Ali Florek.

“I believe our team will compete very well again this year. Defending DAC & IHSAA Regional Champions and Team State Qualifiers again last year. Our guys work to be tough to beat,” Iddings said. “The Region is blessed with many strong cross-country teams. If we are going to have an edge this year, it will be due to the consistent quality work the boys achieve day in and day out. We have a terrific group of guys on the team again this year, and I look forward to seeing how they handle the challenges that come our way.”

Lake Central Boys and Girls hope to have some great success in their 2019 season. The boys finished 2ndat their sectional, 4that their regional, and 12that their semi-state. Logan Russel and Jordan Dugan lead the way for the Blue Indians. The girls finished 2ndat their sectional, 3rdat their regional, and 10that their semi-state. The girls are led by Hannah Roth, and a young group will follow. The boys are coached by Jeff Rhody, and the girls are coached by Morgan Kleinaman.

“We are going to be a much more balanced team this year.  While we may not have an elite runner in the front of the big invites, our pack will be our strength,” said Jeff Rhody, coach for the boys team. “The big goal for this year is to qualify for the State meet.  With a group of underclassmen leading the way, it will be important for them to experience the State meet before their Senior year.”

“Even though we had many seniors graduate, our team still grew in size this year,” said Morgan Kleinaman, coach for the girls team. “We have 11 out of 12 varsity runners returning so we believe we will be stronger this season than last. Our goal is to have a better season than last year and place higher at post-season meets.”

“The boys have worked hard, and we are just trying to be competitive with some of the other teams,” said Tim Ray, coach of the boys team. “We are looking to try and finish in the top 15 at Semi-State this year. There are so many great teams that it is very difficult to try and compete with them.”

“I'm really looking forward to this cross-country season—this is my first season with the team where we were able to train over the summer,” said Lindsay Moskalick, coach of the girls team. “The girls have put in a good amount of summer miles, more than they are used to, and are looking stronger each week. I think this team is going to exceed a lot of people’s expectations this season.”

La Porte is another strong team this year and hope to finish in the top of their semi-state as well. They return a good number of runners, and will be led by sophomore Cole Raymond.

Munster will be led by senior Ari Arzumanian. They have been training hard and look to bring their successful summer onto the race course in the coming weeks.

There are many other region teams to look out for such as Highland and Lowell. Highland made their first state finals appearance since 1973 in 2018, and was led by all-state finisher Lucas Guerra. The Lowell Red Devils also advanced to the state finals and were led by Gabe Sanchez’s 2ndplace finish. The Wheeler boys and girls competed well in the 2018 season and look to make some nice leaps in the 2019 season. The boys are led by Hudson Hall, and the girls by Hailey Orosz.

Be sure to look out for regular season updates and post season updates. The Region is full of talented athletes and you don’t want to miss it!