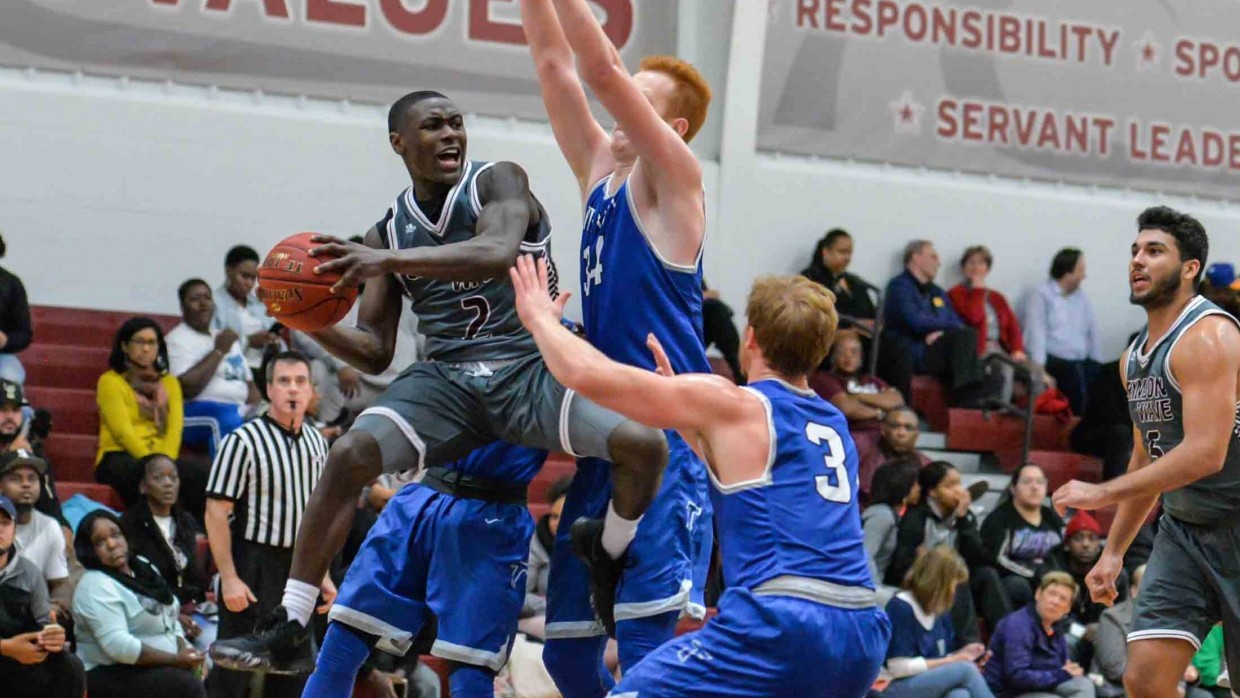 Playing for the first time in two weeks thanks to a rim issue that saw their game against Saint Xavier canceled back on the 17th of November, the Calumet College of St. Joseph men's basketball team were hoping that their winning streak wouldn't suffer because of the downtime. Well, after their last battle, it is still very much alive. CCSJ battled during a back and forth first half before taking control of the game in the second to down IU-South Bend for their eighth straight win.

HOW IT HAPPENED
The first half of last night's game was truly a back and forth affair. Both (RV) CCSJ (8-0, 2-0 CCAC) and IU-South Bend (2-8, 0-3 CCAC) had the lead for stretches of the initial 20 minutes, but neither team was able to pull out to a sizable lead. Though the Wave forced the Titans to commit 15 turnovers, they would shoot just over 41 percent from the field when compared to IUSB's 48.4. Every Crimson and Gray player scored at least one point, but still found themselves down by one going into the half.

The second half was almost a carbon copy of the initial period of the ballgame. The trading of leads continued, but once again IUSB held onto a small lead for most of the period. It wasn't until a Core'Von Lott (FR/Gary, Ind.) layup took a one-point deficit and turned it into a one-point lead. This was the spark that the Crimson and Gray needed, as they were off to the races from this point on. Cal College would go on to outscore the Titans 24-14 in the final 9:06 remaining, behind an extremely impressive 18 for 27 (66.7 percent) shooting performance in the final frame of the evening. When the dust settled it was the Wave driving back home to Whiting with a 90-79 victory, their eighth straight win to start the season.

STAT OF THE GAME
Today's contest marks the sixth time this season where the Wave have shot 45.2 percent from the field or better. This figure includes three games where the Crimson and Gray have made more than half of their shots from the field.

WHO'S ON DECK?
The Wave will look to keep the momentum going this Saturday when they take on Judson for the first of four home games during the month of December. Tipoff from the Rittenmeyer Center is slated for 3:00 pm.