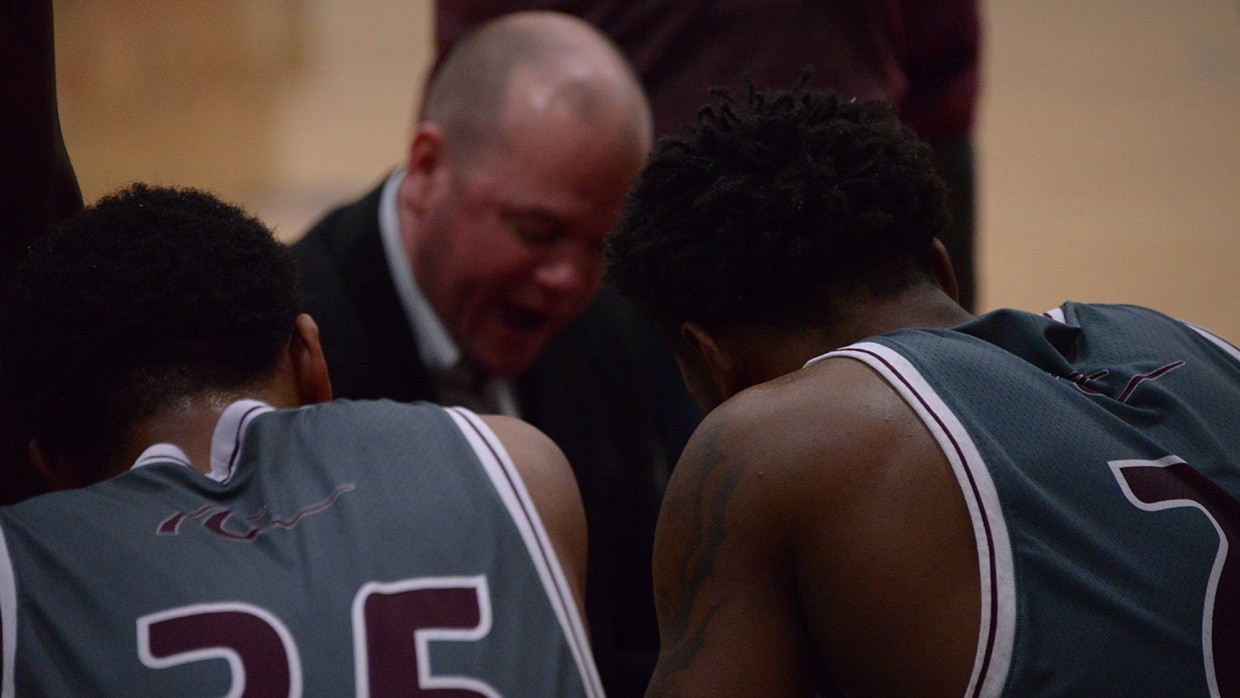 As the calendar winds down on the 2018 portion of the Calumet College of St. Joseph men's basketball schedule, the Crimson Wave had their focus on continuing their momentum through the new year. They took another step towards that, coming away with the win against a Holy Cross College team that is always a tough out for CCSJ on Saturday afternoon in Whiting.

HOW IT HAPPENED
The first half of the game this afternoon really set the tempo for what was to come in the second. Neither #22 CCSJ (12-0, 5-0 CCAC) nor Holy Cross College (8-6, 3-4 CCAC) were able to mount a sizeable lead in the opening 20 minutes, making it seem more like a feeling out process than anything else. However, the Wave were able to hold the lead for more than 12 minutes throughout the middle of the first frame, even if their lead didn't grow to more than seven during that time. The Saints took back the lead briefly towards the tail end of the period, but the Crimson and Gray closed it out with a 10-1 run to take a four-point lead into the intermission.

Every time the Wave seemed to be pulling away for good after halftime, the Saints would come right back and make things interesting. Cal College was able to grow their lead to ten points twice in the last 20 minutes, but didn't lead in double digits again with about seven minutes left to play. HCC got the Wave's lead down to five several times, but were unable to gain the lead during at any time during the period. Even though the Wave were up by four with the clock winding down, a last second three for the Saints fell as time expired, giving the Wave deceptive one-point victory on Saturday afternoon.

STAT OF THE GAME
Holy Cross, one of the toughest defensive teams in the nation, seems to force the Wave into nail biter games every single time. This afternoon's contest was the third time in four games where the margin of victory has been three points or less, which were all Crimson Wave victories.