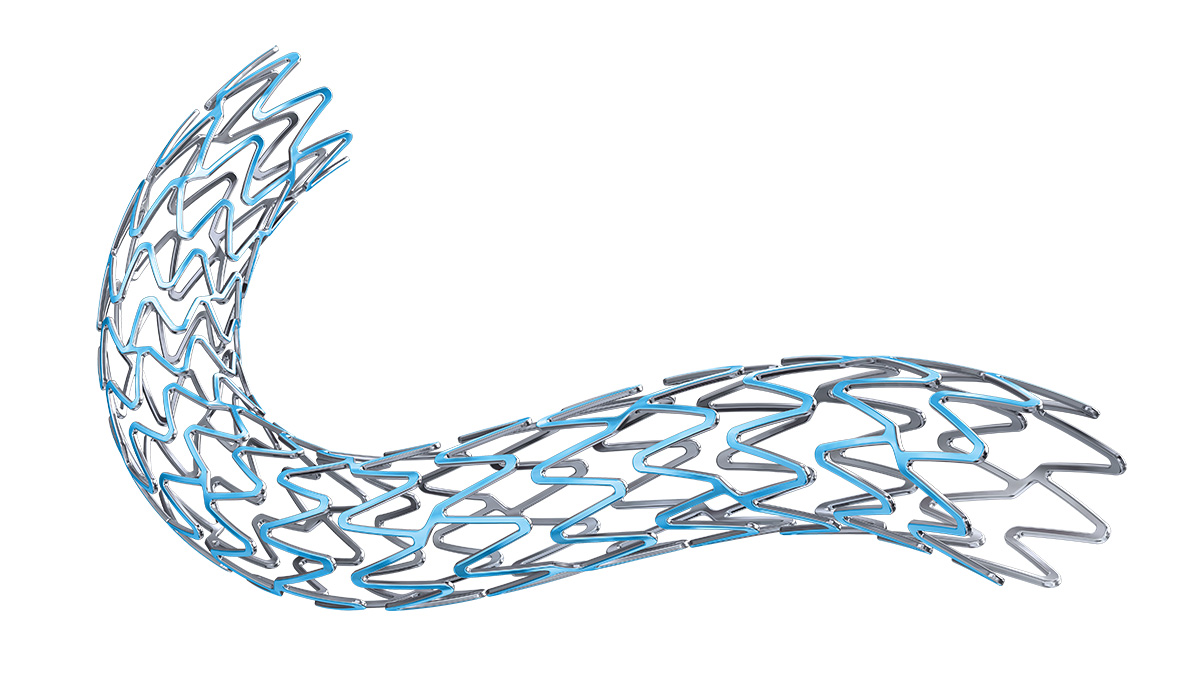 Heart patients with chronic or recurring coronary artery disease will benefit from a new option in care at Community Hospital. The Synergy Bioabsorbable Polymer Drug-Eluting Stent System® offers a new approach with longer-term outcomes than before.

“This fourth generation stent is now available and enables us to provide a greater service to our patients with better care and quicker, longer-term results,” said Samer Abbas, MD, first cardiologist in Indiana to use the new Synergy stent. “Studies show this stent is more durable and lasts a long time with less need to worry about increased risk of restenosis, or closure of the stent, or clots of the stent in one or two years.”

The Synergy stent has a platinum chromium body that is covered with a medicated coating that dissolves after the medication is finished dispensing over a three month period.

Unlike previous drug-coated stents, Synergy's coating is applied only to the exterior of the stent. This helps to limit the patient’s body’s exposure to foreign substances, like polymers, that can trigger inflammation. Long-term exposure to polymers can be associated with stent thrombosis or the formation of a blood clot near the stent, and formation of scar tissue in the coronary artery, according to Synergy manufacturer Boston Scientific.

Coronary artery stents are used in the majority of patients who undergo procedures to open blocked arteries, as they significantly reduce the potential for the return of a blockage in the artery where blood flow was restored as opposed to a balloon angioplasty.

“First, we had balloon angioplasty to open up an artery,” Abbas explains. “However the blockage wouldn’t go away completely…we might smash it or push it aside for a time, but over time, the “stenosis” or hardening in the artery would tend to return.”

Researchers then created the first stent. The first generation stent was a metal coil that was placed in the artery. Complications occurred when the tissue of the artery would begin to grow around the coil and create restenosis or another blockage in the artery. Six to nine months was the average time for restenosis. If the artery remained open after that time, the stent would be considered successful and permanent. First generation stents had a 30 to 40% fail rate.

The second generation stent was a metal coil coated with a drug to keep the tissue from growing around the outer coil.

The third generation stent combines the metal coil and a polymer wrapper that is coated with the drug. But, studies show that the polymer can be a source of inflammation in the artery and inflammation can trigger restenosis.

In the latest design version, Boston-Scientific has created Synergy, a fourth generation stent. Synergy has the drug Everolimus on the polymer. After the drug is completely secreted into the artery, the polymer disperses and the stent, after six to nine months becomes a bare metal stent. By that time, the area around the stent has exceeded the body’s maximum healing time and there is less risk for restenosis or narrowing of the artery due to inflammation.