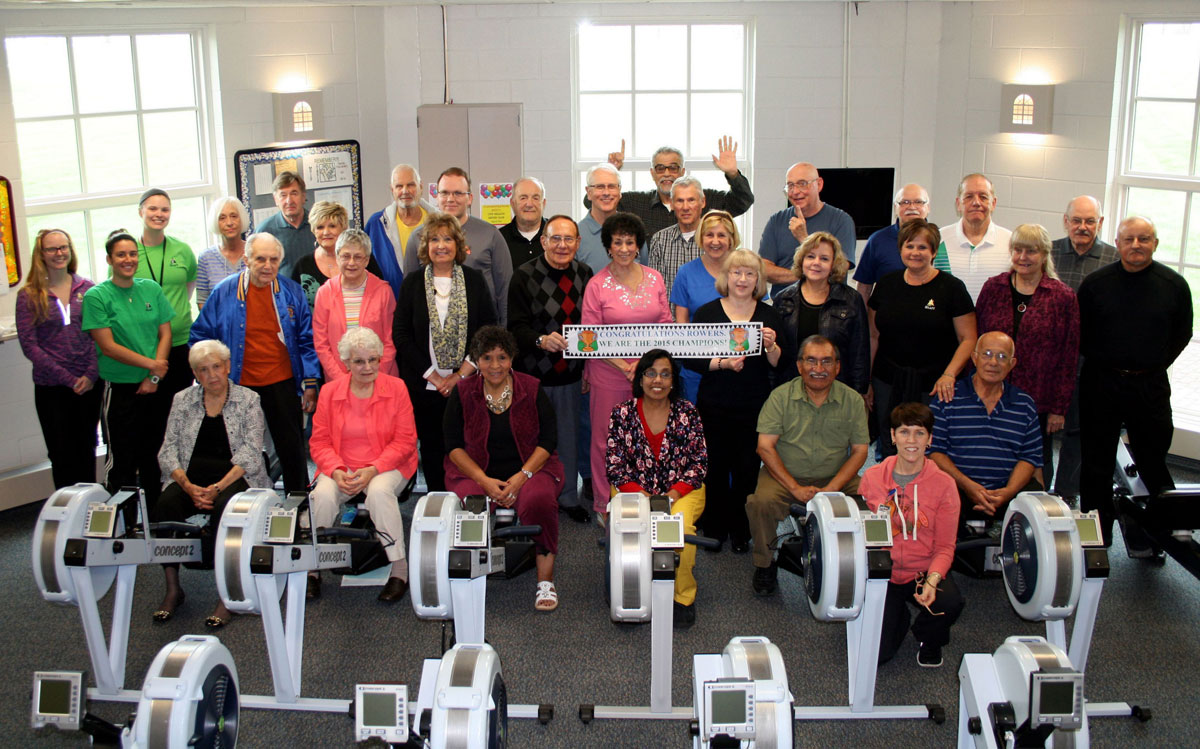 For a sixth consecutive year, members of the Community Hospital Fitness Pointe® team have been named champions of the World Rowing competition. Overall the team placed first, this time rowing a whopping 20,758,457 meters.

Sponsored by Concept2, a manufacturer of indoor rowing equipment, the challenge took place March 15 to April 15 at the medically-based fitness center, 9950 Calumet Avenue. Some 235 rowers, comprised of health facility staff and members, participated, keeping the title in Munster.

“We are proud to call our team ‘champions’ and appreciate their personal efforts to strive to be their very best,” said Nikki Sarkisian, fitness facility supervisor for Fitness Pointe. “It takes commitment, endurance, strength and stamina to earn this title one time and our team has done that six-times over.”

In order to attain this level of recognition, teammates put their lives on hold for the four-week period of the competition and focus on rowing and one goal, according to Abbott.

“It’s something you have to build up to,” says Abbott. “I start at the beginning of the year until I can row everyday (without getting too sore). I know that to reach the million meter mark, I need to row at least 32,000 per day which takes about three and one half hours per day, then build up to 45,000 meters per day. I have my buddies who I like to row with. I also have a favorite machine. We all get along and all have that same competitive spirit. I am proud that this is my sixth year and we have won the past six years.”

For more information about Concept2 programs and challenges, visit online at http://www.concept2cts.com/