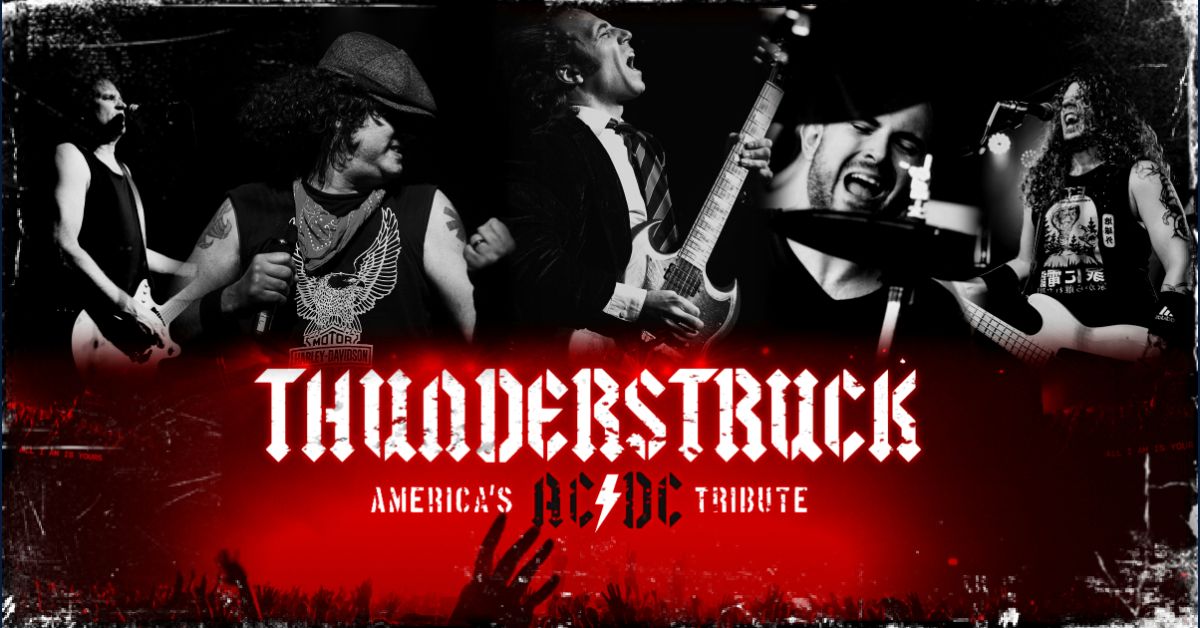 Get ready to rock – Thunderstruck, America’s top AC/DC tribute band is coming to the Civic this spring, according to Civic Auditorium & Events Director Brett Binversie.

Performing in La Porte on Saturday, May 14, Thunderstruck brings with them decades of combined musicianship and a passion for AC/DC’s music. Binversie said the band recreates the AC/DC concert experience in a way that fans will not soon forget.

“With only a few concerts left in this year’s Civic Concert Series, we wanted to send things out with a bang,” Binversie said. “Our residents have asked for more rock and roll shows, and Thunderstruck will undoubtedly deliver exactly what they are looking for.”

Opening the show will be Eliminator, a ZZ Top Tribute unlike any other, according to Binversie.

Binversie said this week is the final week for the Early Bird Special on general admission. Balcony seats are just $15 until this Sunday, April 17. After that, tickets start at $20 for the balcony and $25 for floor seats.

Doors will open at 6 p.m. and show begins at 7 p.m.  Food trucks will be onsite, and alcohol will be available for purchase for patrons aged 21 and older. For more information and to purchase tickets, visit laportecivicauditorium.com