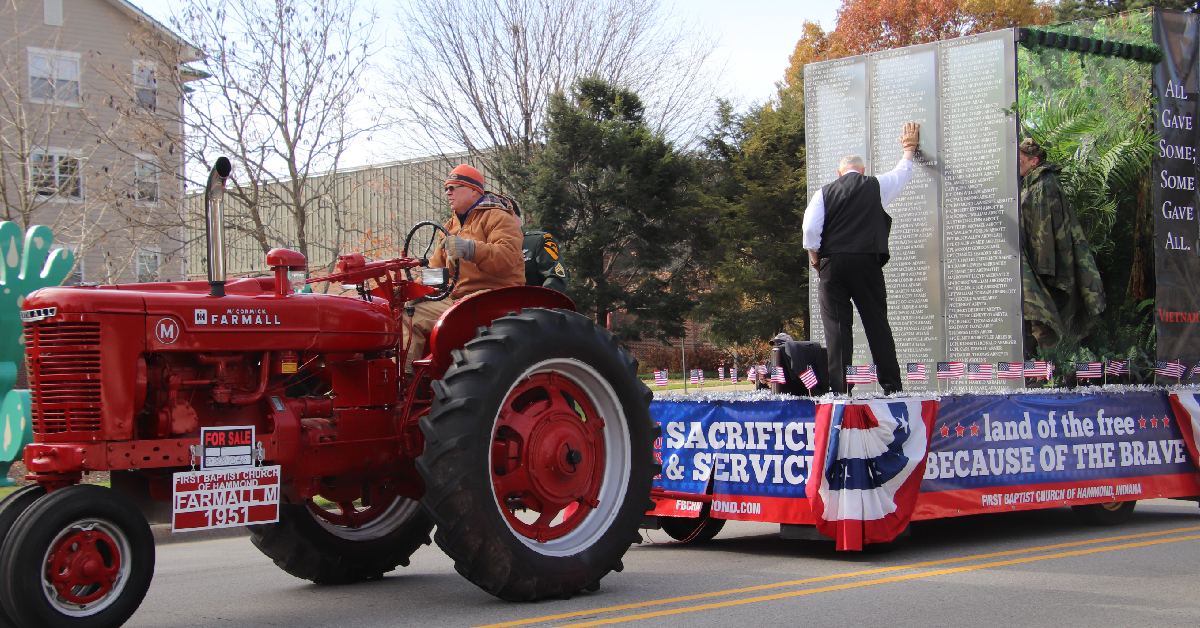 On the chilly autumn morning of November 9, the City of Hammond celebrated its 6th Annual Veteran Appreciation Day Parade. Both the Region’s veterans and members of the community gathered around 173rd Street to experience the event, which began at Olcott Avenue.

“Our role today was to honor all of those who have served our country, and to make sure they know that we stand with them and that they are not alone,” said Frank Mrvan, North Township Trustee.

“I’m very happy to see younger people get involved in these types of celebrations,” said Marty Wielgos, District Manager of Hammond’s Sanitary District, who was the M.C. for the event. “I think it’s good that they start to truly see and understand the sacrifices that so many men and women have made throughout the decades. It’s important to have a reminder that the freedoms we have come with a price.”

The parade concluded at the Hessville Park Veterans Memorial and was followed by a brief ceremony dedicated to John Doughty, Hammond Chief of Police and parade grand marshall. He talked about his perspective as a veteran and how his service for his country influenced how he served the city of Hammond.

“It was a great honor to be recognized for my duties,” Doughty said. “However, this event isn’t just about me, it’s really about every single person who has served. And when they come home, that’s often when they need our help the most. Even a simple act of kindness or a ‘thank you’ can mean so much to someone who has served our country.”

The final part of the ceremony was the laying down of the wreaths (made by members of local American Legions and VFW posts) in memorial of all of those veterans who devoted their lives and passed away fighting for our freedom.

“The City of Hammond and the mayor’s administration want to make sure the parade is growing and that more people are coming out to commemorate those who’ve sacrificed so much for the sake of our safety and freedom,” Mrvan said. “I think they did a great job today in honoring all of our veterans of Northwest Indiana. They should be commended.”