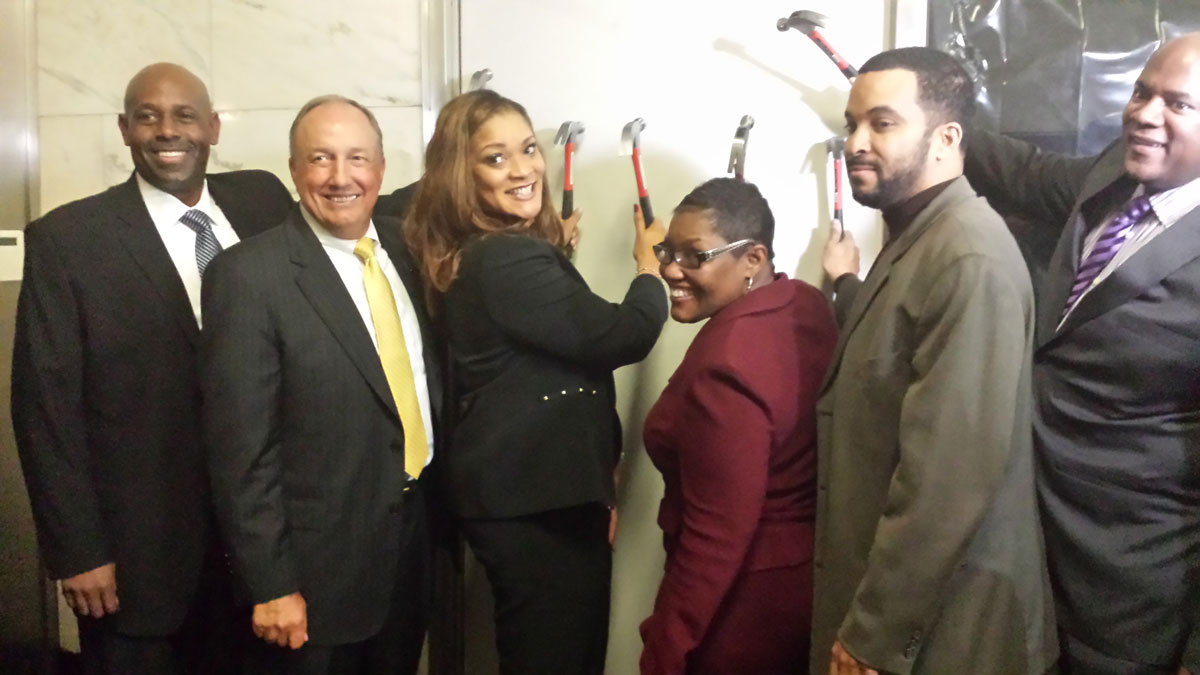 This evening, Mayor Karen Freeman-Wilson, City officials and scores of community leaders gathered at 504 Broadway to celebrate plans for the City’s historic Gary State Bank Building. Known for decades as an anchoring edifice in the heart of Gary’s downtown, the structure is being renovated and will soon become the home of Centier Bank.

“This is another giant step for Gary as we work to revitalize the downtown area,” said Freeman-Wilson. “A team of devoted people put their passion and vision together to develop a plan designed to spark even more growth on this corridor.”

The 504 Redevelopment Groups and the City of Gary Economic Development Corporation are the co-developers responsible for Phase I of the effort to redevelopment the Gary State Bank Building. The goal of Phase I involves stabilizing the building and making improvements to accommodate and attract a regional bank. 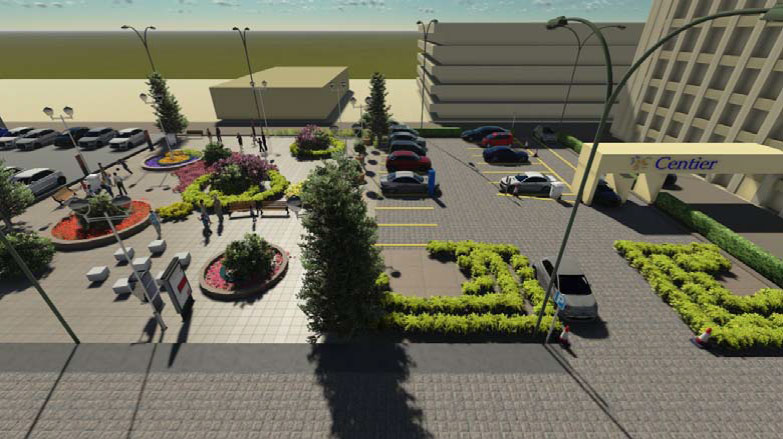 In the Spring of 2014, the development team received $2.873 Million in tax increment financing (TIF) and control of three adjacent properties located at 520 - 540 Broadway from the City of Gary. The Phase I improvements include demolishing the three adjacent buildings south of the bank to make way for drive thru banking lanes, surface parking, green space and the interior build out of the future home of Centier Bank's Downtown Branch. The preservation of this building and the razing of the Sheraton Hotel represent the start of the resurgence of downtown Gary.

Mike Schrage, President and CEO of Centier Bank shared his excitement about the bank’s investment in Gary.

“Success for Gary means success for Northwest Indiana,” said Shrage. “We expect to see other businesses come, invest and build on what we have started.”

Phase II of the plan calls for a South Shore Technology Center. Conveniently located within 30 miles of Chicago, the South Shore Technology Center will offer a newly built data center facility with unique capability, connectivity, and capacity to securely house customer equipment. Gary Economic Development Corporation Executive Director J. Forest Hayes lauded the many partners who came to the table to ensure the success of the plan.

“I can’t thank all these entities including the Gary Common Council, Centier Bank, the Redevelopment Commission and the 504 Development team for coming together to make this work,” said Hayes. “But most important, we have a leader with vision, and that’s Karen Freemen-Wilson.”

The program concluded with a ceremonial ground breaking.