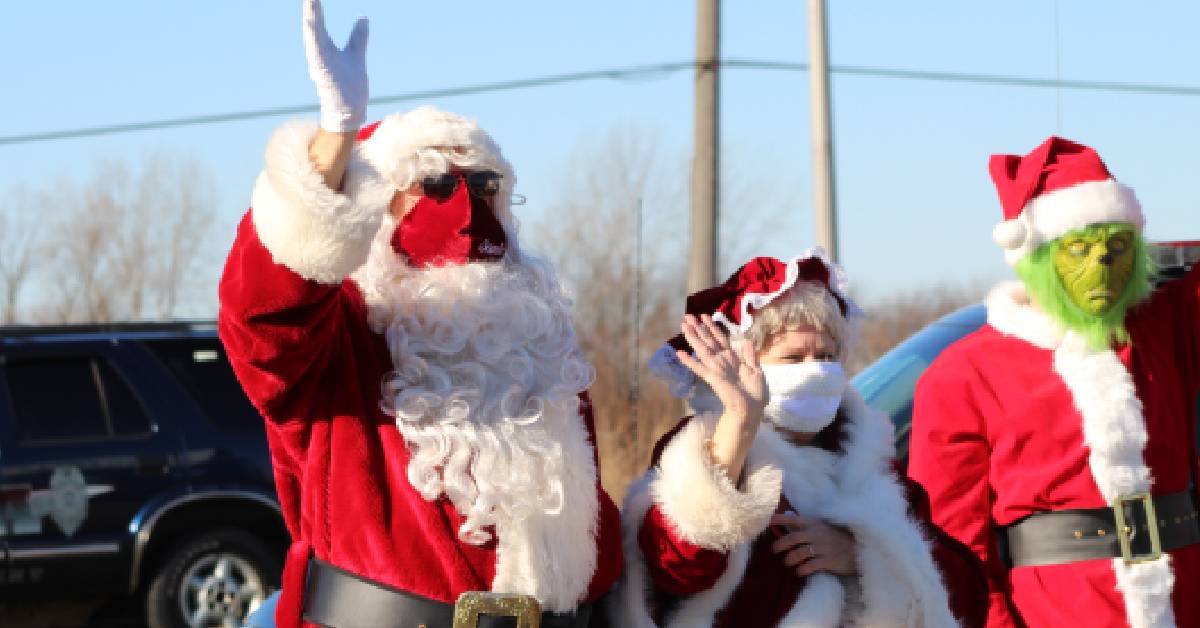 The City of Crown Point hosted their Annual Santa Parade on Saturday morning, kicking off the holiday season in the Hub City. Though Santa Claus rode in on a helicopter as usual, the rest of the event looked a little bit different due to COVID-19 safety precautions.

In years past, Santa would wade through a crowd of spectators after touching down, taking pictures and greeting children before parading down Main Street aboard a fire truck on their way to the Lake County Historic Courthouse. This year, the city asked spectators to stay in their vehicles as Santa and his crew boarded a trolley that took a two-and-a-half-hour journey through almost every neighborhood in town.

“We knew that for everyone’s safety, we couldn’t do things the way we normally do,” said Jennie Burgess, Parks Administrator for the City of Crown Point. “We have Santa, Mrs. Claus, an elf, and the Grinch on our trolley, and they’re going to spread some cheer.”

Crown Point canceled some of their other Holiday events this year, such as their Tree and Tank Lightings and Winter Market, but knew they could find a way to adapt the Santa Parade to fit the circumstances.

“Some of the other events just ask for too many people in one space, but with the Parade, some modifications let everyone stay in their own spaces,” Burgess said. “We’re happy that we’re still able to do this for the community. It’s a pretty warm day, all things considered. It’s bright and sunny; it’s going to be great for the kids, great for the families, and just a great day to spread some cheer.”

Crown Point’s emergency responders—EMS, police, and fire rescue—all joined in to help the helicopter landing go smoothly and to escort Santa around the city.

“Crown Point has such a deep history of traditions, and it’s really important for everyone in the city that we let our kids still have a holiday season,” said Marc Staples, Deputy Director of Emergency Management for the City of Crown Point. “I think everything’s going to go really smoothly today, and I’m really proud of the way Crown Point residents have embraced all the safety precautions that we’ve taken.”

Previous Santa Parades have always taken a straight path to the Courthouse, so Staples noted he was excited to see how the community would react to Santa’s journey throughout the city.

“I know our residents and their children are really looking forward to having Santa come into their neighborhoods,” he said. “It puts things kind of on a more personal level, so I think everyone’s really going to enjoy it.”