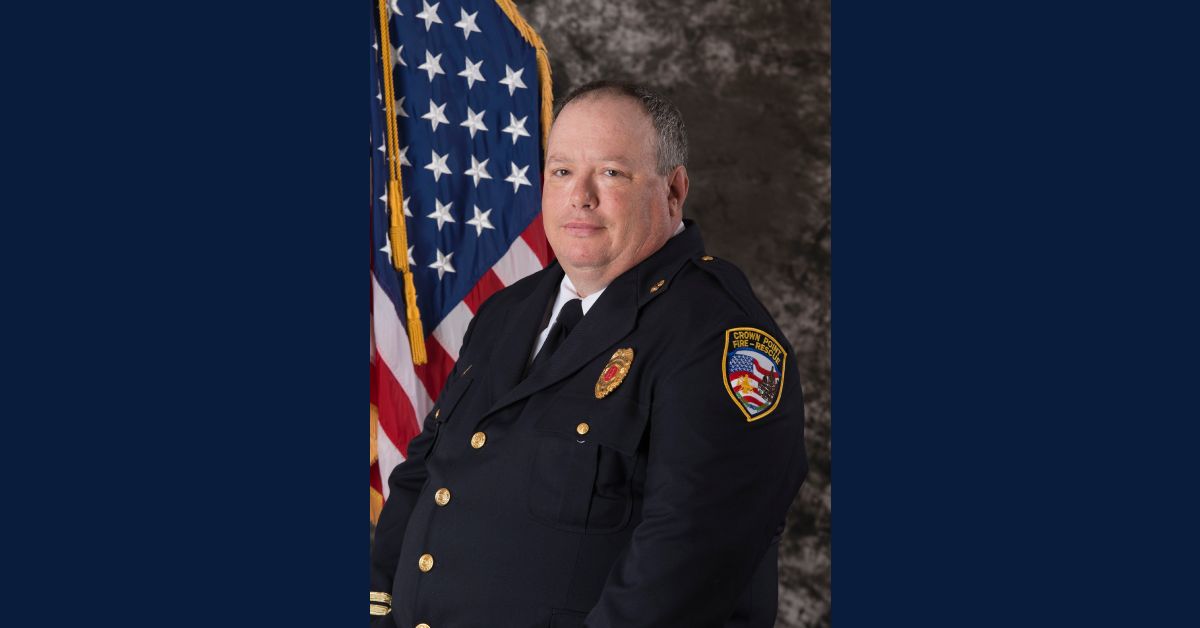 Crane first joined Crown Point Fire Rescue in September 1992 as a volunteer firefighter and rose through the ranks. He became a full-time firefighter/paramedic in May 2000 and was named a division chief in January 2017. Crane also served as the Crown Point Fire Inspector for eight years.

Crane always wanted to be a firefighter, starting at the Lake Dale cadet program at only 16 years old. His 41 years of fire service began in Lake Dale before he joined the City of Crown Point.

During his tenure as chief, Crane implemented cutting-edge public safety tools, including overseeing the installation of a Safe Haven Baby Box at the Crown Point Fire Department, which at the time was one of the few in the Region.

Crane led the department with the safety of the community on his mind and in his heart. When one of his firefighters suggested starting training for how to respond to calls with children on the autism spectrum, Crane happily agreed and encouraged the training not only in his department but in the greater Region.

Crane was the true definition of a public servant, answering calls for service at all hours. We will miss hearing his booming laugh and seeing him at the station every day. Rest in peace, Chief Crane.

Memorial information will be provided once arrangements are finalized.