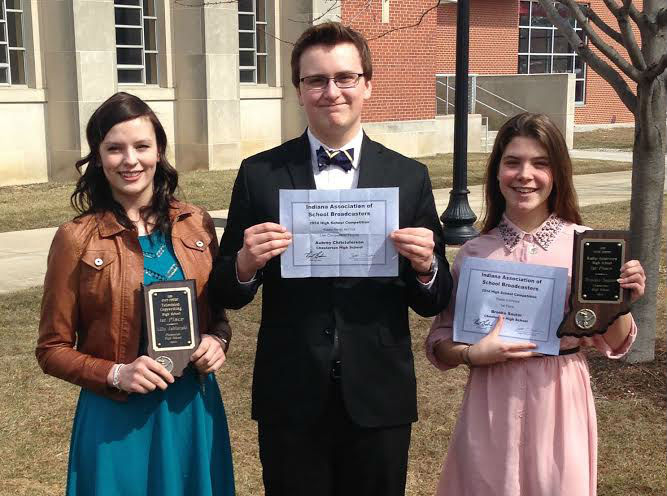 Chesterton High School participated in the 11th Annual Indiana Association of School Broadcasting (IASB) conference/competition on March 10 at the University of Indianapolis.

The IASB conference/competition is presented by UIndy’s student-staffed broadcast operations TV and public radio station WICR-FM/HD. Nearly 800 students and instructors from 28 high schools throughout Indiana participated. The day included more than 30 educational sessions, workshops and roundtable discussions led by broadcast journalists from such outlets as WTHR, WRTV and WFYI in Indianapolis, as well as other electronic media professionals from around the state.

The competition drew 389 entries in 25 categories, most judged in advance from mailed-in submissions but some were decided during the live final rounds in the UIndy Department of Communication’s radio and TV studios. Sauter and Christofersen were able to present a news update on UIndy radio station during the live competition. Students from 21 high schools received awards.

Matthew Waters is the CHS Radio/Video teacher and station manager for WDSO. Waters accompanied the students to Indianapolis.