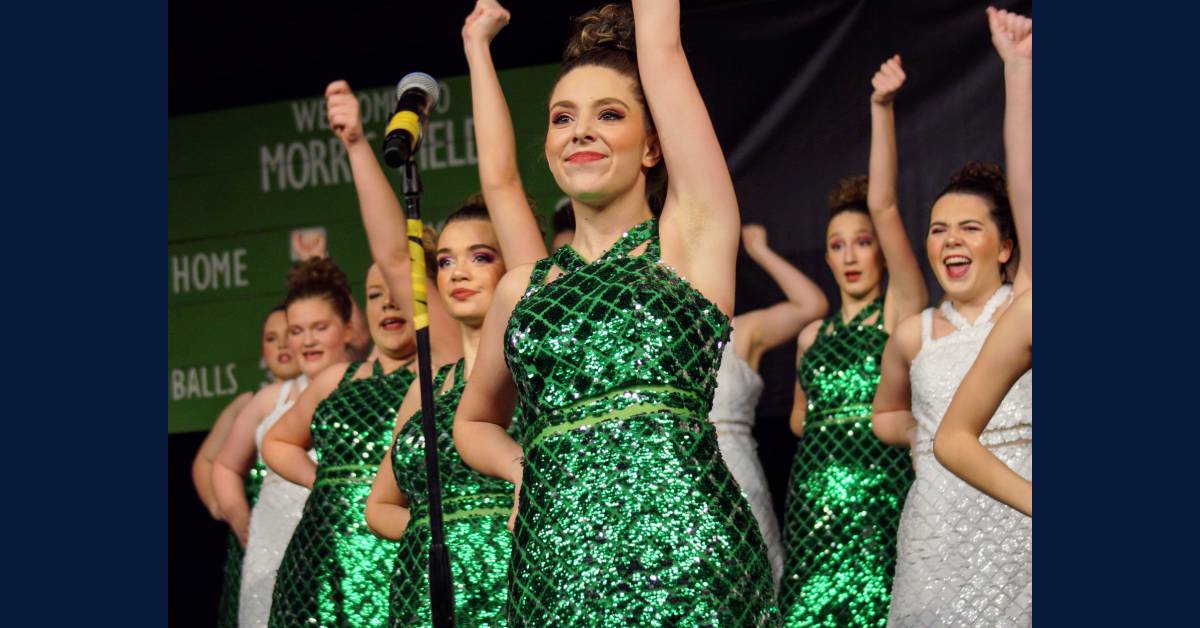 After such a strong start to their season, the Chesterton Show Choir program has continued to have great success in their next two competitions.  Last weekend, on Saturday. February 22nd the groups traveled to Brodhead, WI where the Drifters with The Business captured their 3rd Grand Championship of the season and the Sandpipers with The Business made finals and continued their streak of placing in the Top 5 or higher at each contest of the year.  At Brodhead the group walked away with 5th place honors out of the 16 groups in attendance.

This past Saturday, all groups made the best of their extra day of the year competing at Churubusco Jr./Sr. High School in Churubusco, IN.  The Drifters earned 1st Runner-Up honors, the Sandpipers captured Grand Champion of their division and made finals where they took home 1st Runner-Up honors and The Business Band was 1st Runner-Up out of all student bands at the contest.  In addition, senior Paige Fowler was named 3rd Place in the Solo Competition and senior Rebecca Lane was named Solo Competition Grand Champion.

"Each weekend these kids are going out and getting better and better.  As a program, we are having one of our most successful seasons in recent history and that has a lot to do with our senior class and our student leadership." said Director Kristin Morris.  "Every kid, in every facet of the program (Drifters, Sandpipers, The Business) is going out each and every single performance working to be the best they can be and fine tune the details.  This drive for excellence is what keeps us moving, growing and building on top of our solid foundation.  I am really proud of the passion, hard work, and heart these kids show every Saturday."

Because of their success this season, the program has qualified for the National Finals held in Branson, MO.  This event will be taking place on April 25th but the program needs your help to get there!  If you are interested in being a sponsor or making a donation to help these talented kids get to Branson in April, you can send a donation check (Payable to the Chesterton Choral Boosters) to:

The show choirs look forward to continuing their regular season at the Chicagoland Showcase at John Hersey HS in Arlington Heights, IL on Saturday, March 7th.