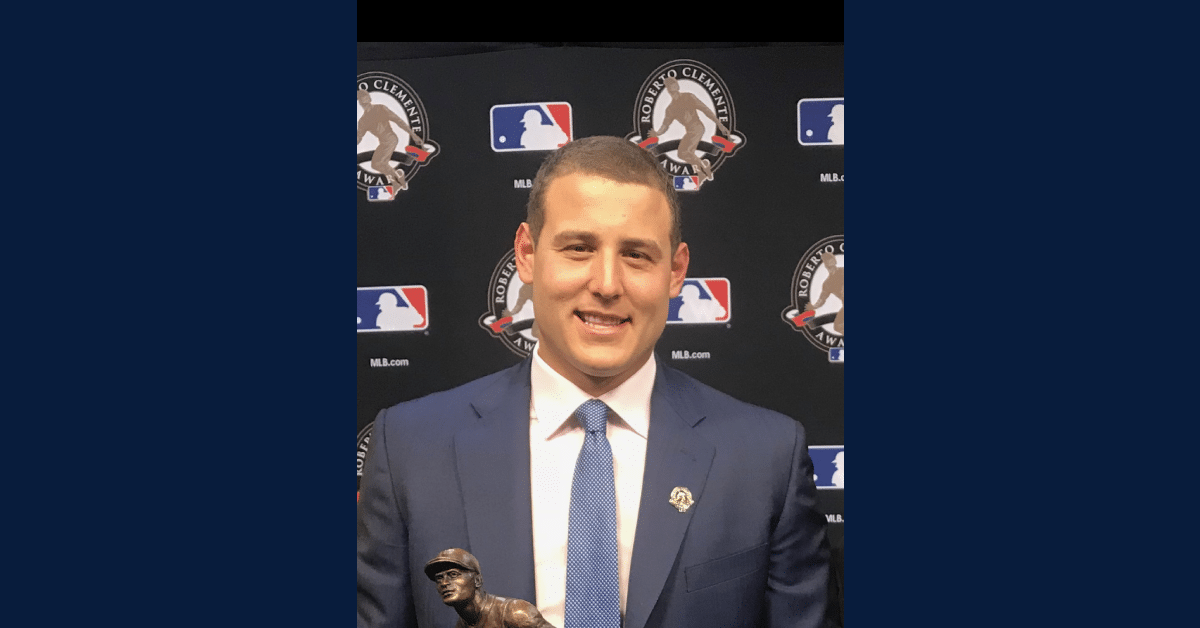 Anthony Rizzo, first baseman for the Chicago Cubs, and Steve Wozniak, cofounder of Apple Computer, are among the prominent speakers headlining the exciting new season of the Purdue University Northwest (PNW) Sinai Forum.

Rizzo will open the season with a livestream discussion from noon to 1:15 p.m. CDT on Saturday, Sept. 19. He will be interviewed by Dan Plesac, a Crown Point native, 18-year Major League Baseball veteran and MLB Network analyst.

Rizzo’s talk is the first of two virtual events planned for fall 2020. The second is a livestream with Jonathan Rauch, a senior fellow with the Brookings Institution in Washington, D.C., discussing “On Free Speech and Cancel Culture.” Rauch’s event is scheduled from 4 p.m. to 5:15 p.m. CDT on Sunday, October 11.

Both virtual events are free and available to the public thanks to the generous support of Sinai Forum’s sponsors. Pre-registration is required to view either the Rizzo or Rauch livestreams. Sign up at pnw.edu/sinai-forum.

Sinai Forum will bring five speakers for in-person presentations to Northwest Indiana during fall 2021. They include: Steve Wozniak, a Silicon Valley icon and philanthropist for more than 30 years who designed Apple Computer Inc.’s first line of products; Paul Nicklen, one of the world’s most renowned nature photographers who creates awareness and inspires action for global issues like climate change; and Max Eisen, an Auschwitz survivor who teaches about the dangers of hatred and discrimination in society while promoting understanding between community groups.

More details can be found at pnw.edu/sinai-forum. Two additional speakers will be named in spring 2021.

“When the pandemic altered our plans for this year, we focused on finding innovative ways to continue to bring engaging and interesting speakers to the Northwest Indiana community and beyond,” Plesac said. “We are thrilled that Anthony Rizzo is taking time during the baseball season to participate in this virtual event, and equally delighted to bring Jonathan Rauch’s insights to the Sinai Forum audience.”

Rizzo is a three-time National League All-Star and three-time National League Gold Glove Award winner. In 2016, he led the Cubs to their 1st World Series Championship in 108 years. Rizzo was named the recipient of the 2017 Roberto Clemente Award, annually given to the player who best represents the game of baseball through extraordinary character, community involvement, philanthropy, and positive contributions, both on and off the field. Rizzo overcame Hodgkin’s lymphoma in 2008 and established The Anthony Rizzo Family Foundation in 2012 to support pediatric cancer patients and their families. Rizzo is considered by many to be one of the most respected players in Major League Baseball.

Rauch is a senior fellow at the Brookings Institution in Washington and is the author of seven books and many articles on public policy, culture, and government. He is a contributing writer for The Atlantic and recipient of the 2005 National Magazine Award, the magazine industry’s equivalent of the Pulitzer Prize. Rauch, who is currently working on a book tentatively titled The Constitution of Knowledge will join us to discuss the idea of cancel culture and the “unending battle” for free speech.

Plesac thanked the organizations and individuals who have supported the Sinai Forum and have remained committed to standing with the long-running series.

The Sinai Forum at Purdue Northwest

The mission of the Sinai Forum at Purdue Northwest is to enlighten, inspire and entertain audiences with affordable, exceptional programming in a town hall setting. The forum was founded in 1953 by Sylvia Bankoff, her husband Dr. Milton Bankoff, and a small group of community members in Michigan City, Ind. Since then, Nobel Prize winners, former heads of state, Pulitzer Prize winners, political commentators, scientists, nationally recognized media personalities and famous performing artists have graced the Sinai Forum stage. The forum has been under the stewardship of Purdue University Northwest since 2006. For more information, visit www.pnw.edu/sinai-forum.