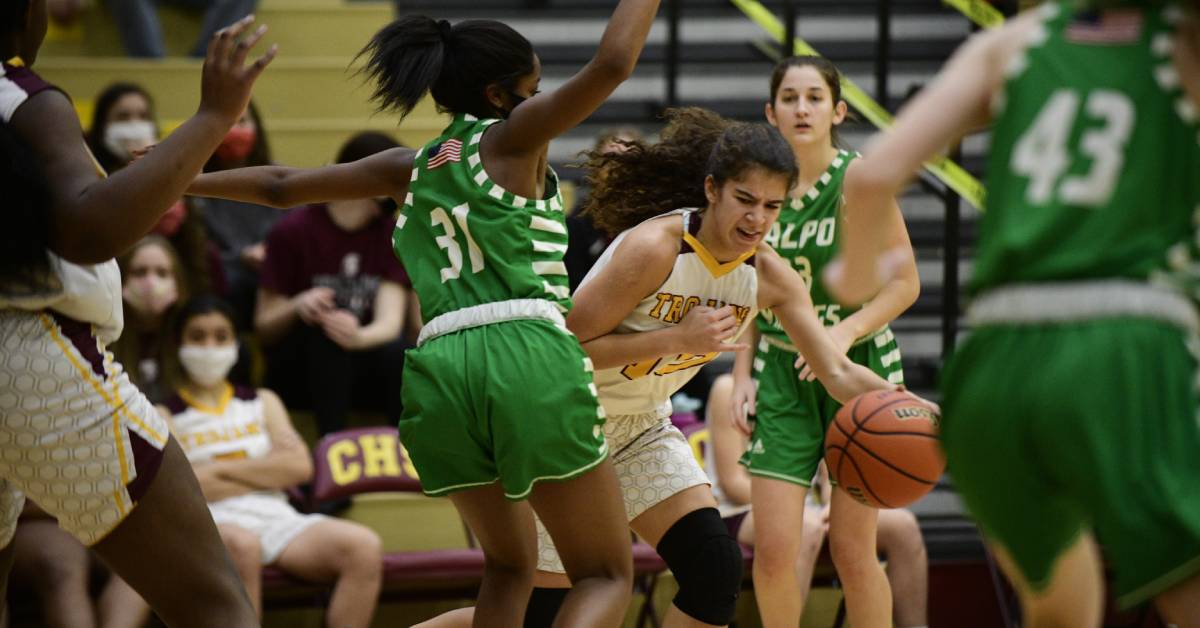 The Trojans won the tip-off by #20 Carley Balas who then knocked it to #10 Nalani Malackowski. It wasn’t long before Balas had the ball returned to her and proceeded to score back-to-back two-point baskets putting the Trojans ahead.

The Vikings’ #31 Omobolanle Ayangade helped the Vikings tie up the game 7-7 when she sunk a two-point basket of her own. Not to be outdone, #24 Emma Smith of the Trojans secured a three-point bucket and with an additional steal resulting in another two points. This put the Trojans ahead 13-7 with just 34 seconds left, and by the end of the first quarter, the score was Trojans 17 points, Vikings 15.

In the third quarter, the standings flipped when it was the Trojans who captured six points thanks to a three pointer by Emma Schmidt. The Vikings had two points. This resulted in a third-quarter score of Trojans 23, Vikings 17.

The fourth quarter provided plenty of excitement when the Vikings rallied back from being down seven points. The Vikings’ #33 Kiana Oelling made a two-point basket that was quickly answered by Balas of the Trojans. Oelling could not let that go unanswered and proceeded to nail a three-point basket. Chesterton quickly called time out at that point with the Trojans at 32 points, and the Vikings at 27 points.

With the Vikings' tight defense, the Trojans could not relax until the final buzzer. The game ended in a Trojan victory 36 points, Vikings 31 points.

The Trojans advance to the sectional finals where they will take on the Crown Point Bulldogs.