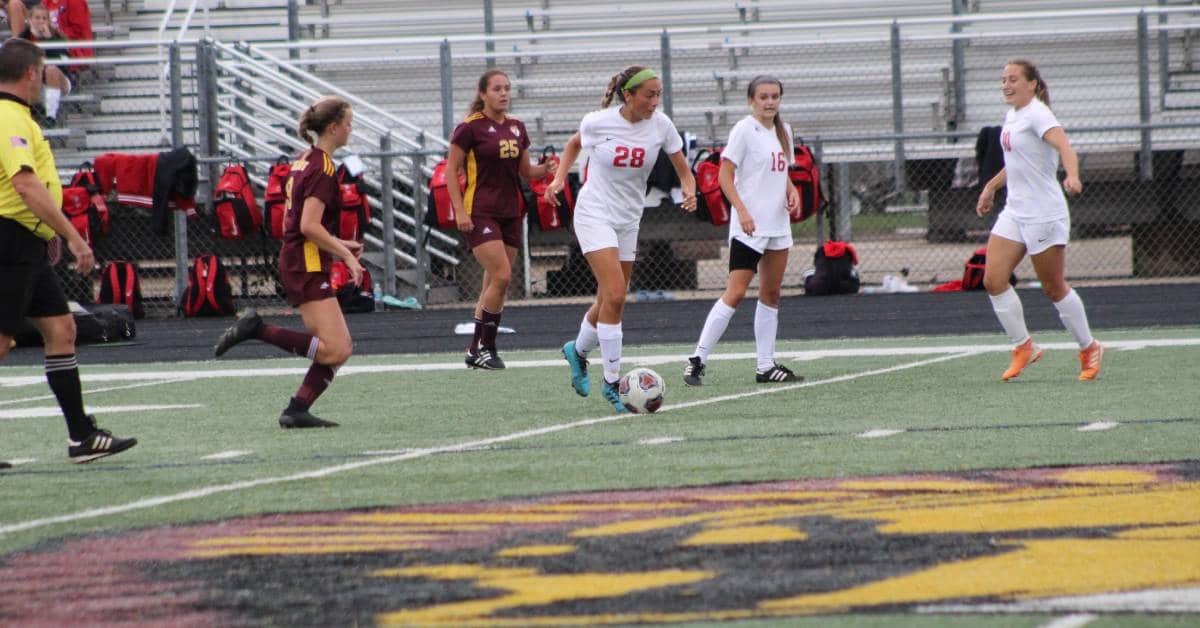 It took 90 minutes, overtime, and some penalty kicks, but the Chesterton Trojans Girls’ Soccer squad came out on top over the Crown Point Bulldogs tonight. After a 1-1 deadlock in standard and overtime, the Chesterton girls won a 3-2 penalty kick shootout to take the game at 4-3.

It was a high-stakes conference matchup for the two schools, particularly for Chesterton, who sits on a 3-1 conference record after their win. Meanwhile, the Bulldogs drop to 3-1, leaving the two squads tied in the Duneland Athletic Conference standings.

Chesterton struck first in tonight’s matchup with an early goal from sophomore Gina Geenen. The Bulldogs quickly retaliated just a couple minutes later with a shot by one of their offensive leaders – sophomore Zoe Wells.

While things seemed primed for a high scoring night, both teams settled in on defense and allowed no goals until the penalty kicks, thanks to clutch saves from both team’s goalkeepers, Chesterton’s Carley Balas and Crown Point’s Grace Mumaugh.

Both keepers performed well during the penalty kicks, but a few missed shots by the Bulldogs sealed a hard fought win for the Trojan girls.