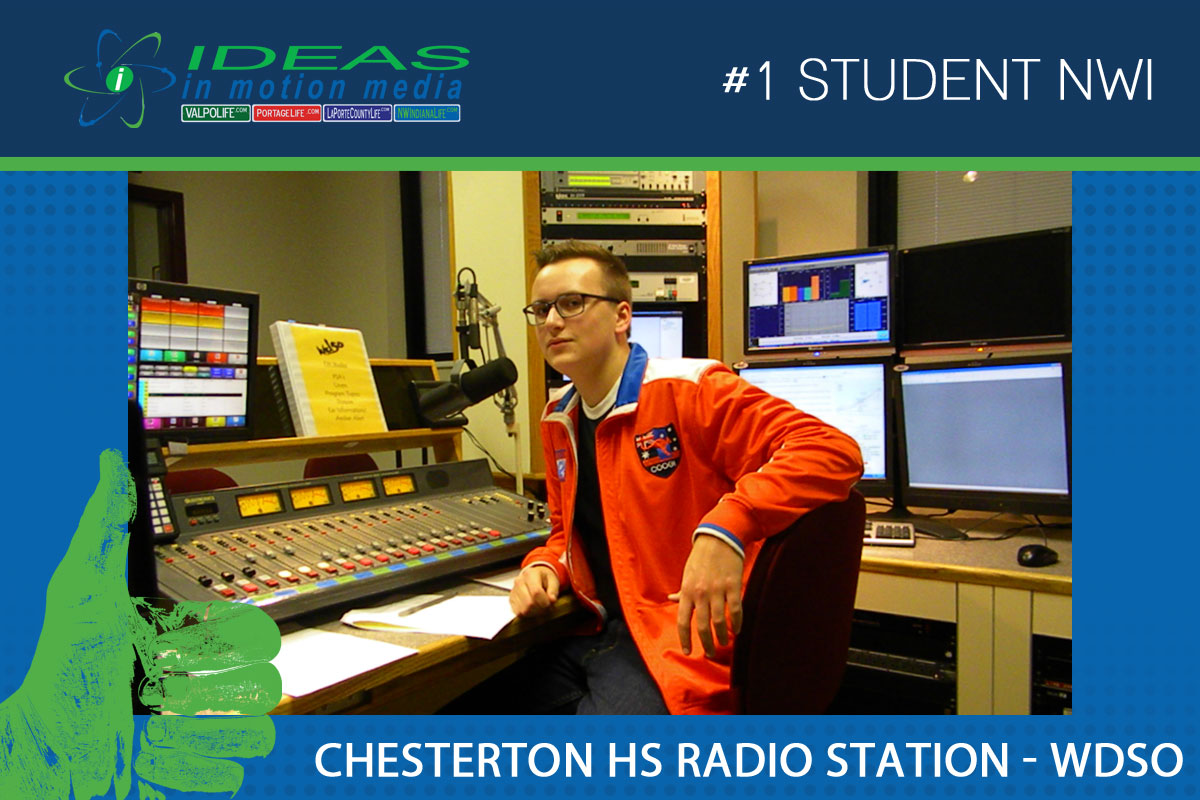 Sophia Pizzi is NWIndianaLife.com's #1StudentNWI representative at Chesterton High School. This month, Sophia wrote about the strong radio tradition, headlined by WDSO 88.3 FM, at the school.

The radio has been an American staple since the 1920s, with all-news radio becoming popular in the 1960s and FM radio’s Top 40 Hits in the late 1970s. Chesterton High School has been following suit in the radio trend since the mid-seventies when the school was granted a 400 watt radio transmission system. Ever since, Chesterton High School’s WDSO program has been sharing the latest news and covering major events in the Duneland area. You can tune in to WDSO on 88.3 FM or stream it online from the Duneland School Corporation website. WDSO is aired all day and night and continues throughout both winter and summer vacation.

Aside from just playing music, WDSO has become an active part of the Chesterton community.

“We’ve had some members of the region come in and talk about their passions. For instance, we had one woman come in and give us tips on gardening. It was actually pretty interesting,” explains WDSO member Aubrey Christofersen. “Aside from that, we’ve also had segments where some of the CHS staff members conducted interviews on students. They asked them what they liked about the school, what they didn’t like, how it could be changed...you know, stuff like that.”

WDSO has been recognized throughout the state for its accomplishments, those of which include awards from the Indiana Association of School Broadcasting for best Radio Drama, Radio Copywriting, Television Copywriting, Radio Air Personality, Radio News Anchor, amongst others.

“What makes WDSO unique is the fact that it’s entirely student-run,” says WDSO Station Manager Matthew Waters. “The students cover everything from the weather to music to local PSA’s.”

The Chesterton WDSO most notably broadcasts sporting events at the school and has also covered events such as the 2014 primary elections and the Rusty Schultz benefit. WDSO plans to continue covering major events and spreading positive vibes in the Chesterton area for years to come.