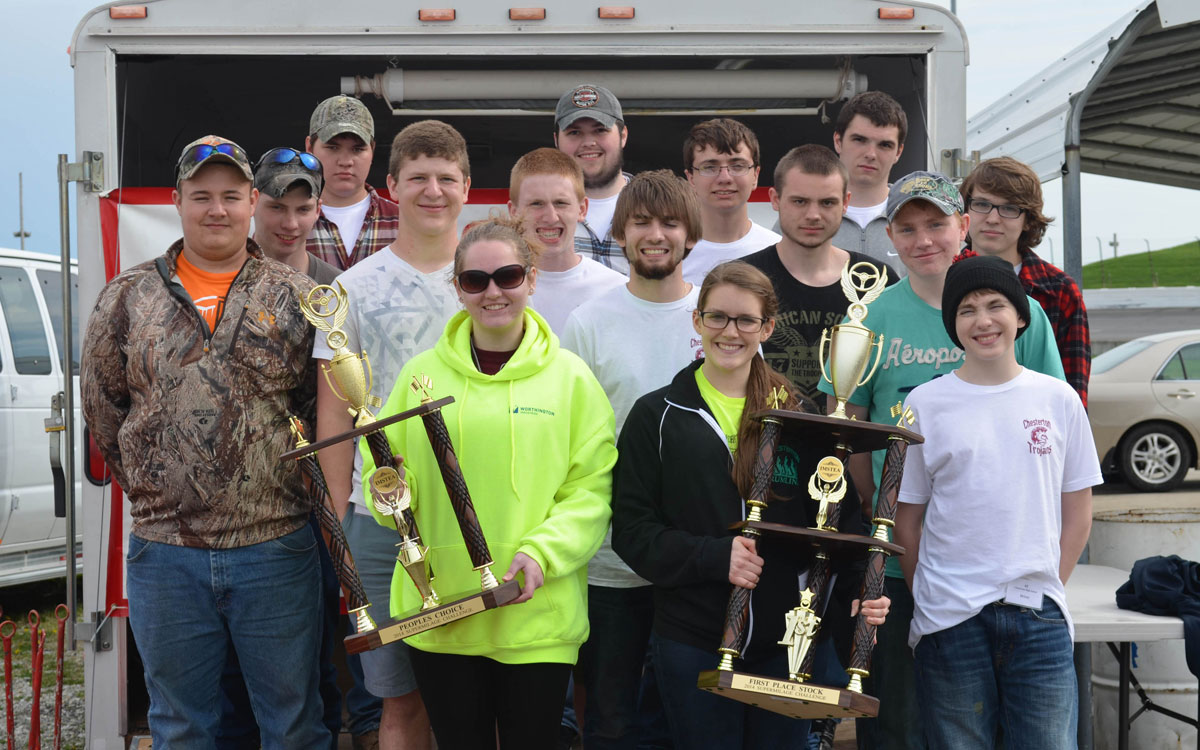 The Chesterton High School Supermileage Club participated in the Supermileage competition sponsored by the Indiana Math, Science, and Technology Education Alliance (IMSTEA) recently at the Lucas Oil Raceway Park in Indianapolis. CHS students entered two cars in the competition, one in stock and one unlimited class. CHS placed first in the stock class and seventh in the unlimited class and were voted "People's Choice” by ballot. This honor is gained by having dependable cars, friendly team members, following all the rules, and being helpful to other teams.

This is the first time ever that CHS has placed first in the competition. CHS was one of 25 schools participating with 31 cars competing. CHS competed throughout the day against 20 other cars.

The hard rain and high winds made competing difficult, but the weather cleared by afternoon leaving sunny skies mixed with rain. Fuel economy was way down for everyone participating because of the weather. The highest miles per gallon (mpg) of any car recorded that day was 600 mpg. In years past, the highest has sometimes been 1,400 to 1,500 mpg.

CHS was at 290 mpg as an average, which was #1 in the stock class. “We kind of sweated the end of the day, because another school finished with about 283 mpg,” said Lance Nolting, CHS sponsor and supervisor. “They were ‘breathing down our necks’ at the end of the competition.” 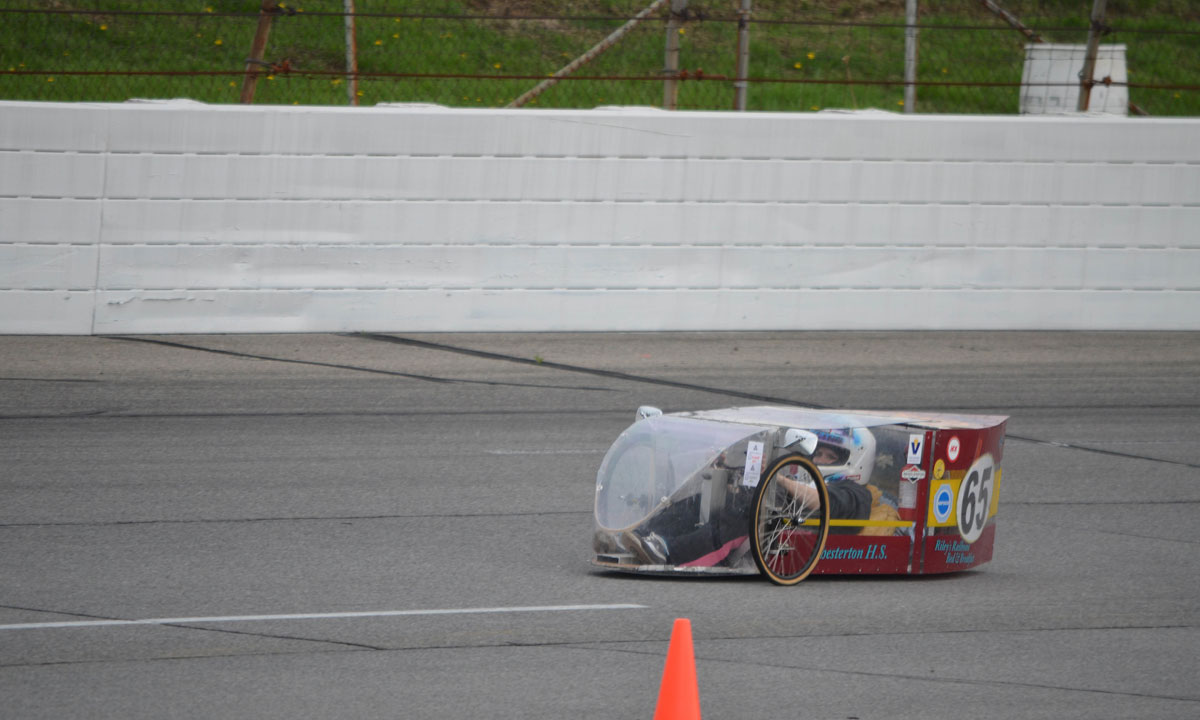 A number of cars could not handle the nasty weather. Quite a few cars broke down repeatedly, and there were seven accidents during the day when cars collided with each other.

Junior Donna Trowbridge drove the CHS car’s first run, and was rammed in the back end by another car whose driver couldn't see out. His car became inoperable the remainder of the day. She got out of our car, checked it out to see if it was still operable, made sure the other driver was okay, got back in and finished the run all of her own accord. Our cars did not break down, completed a number of runs, and performed admirably. The three CHS drivers throughout the day were Donna Trowbridge (11), Trevor Krygier (10), and Adam Rundzaitis (10). 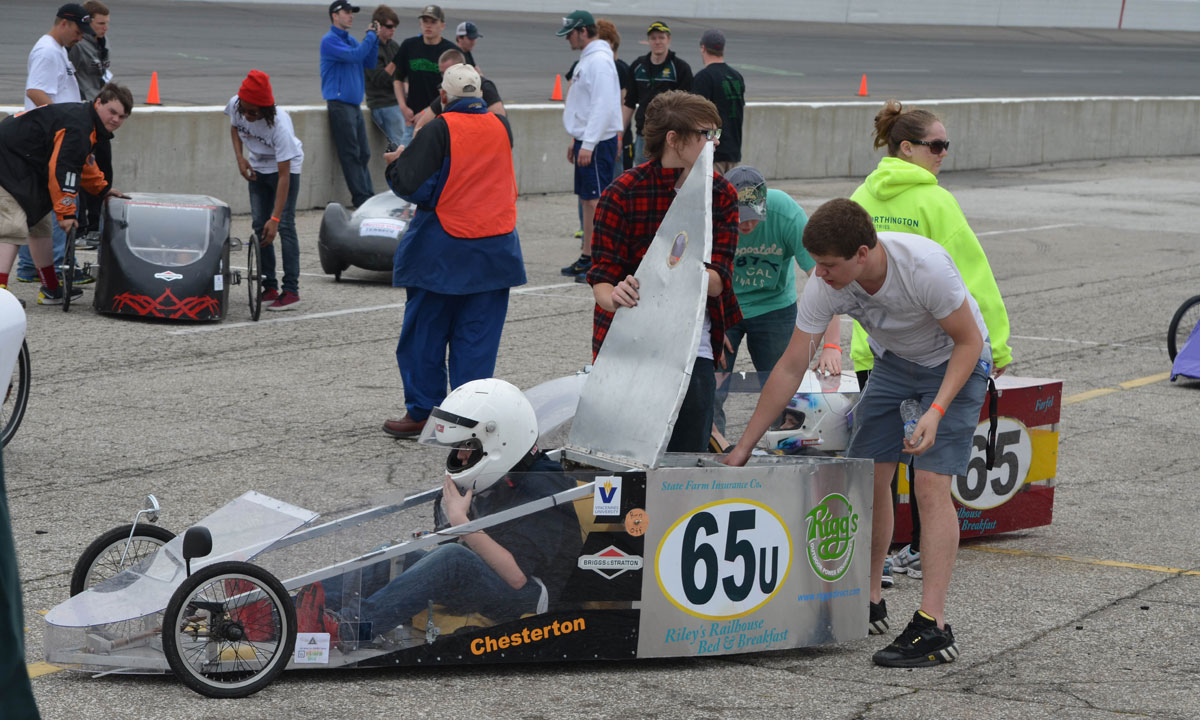