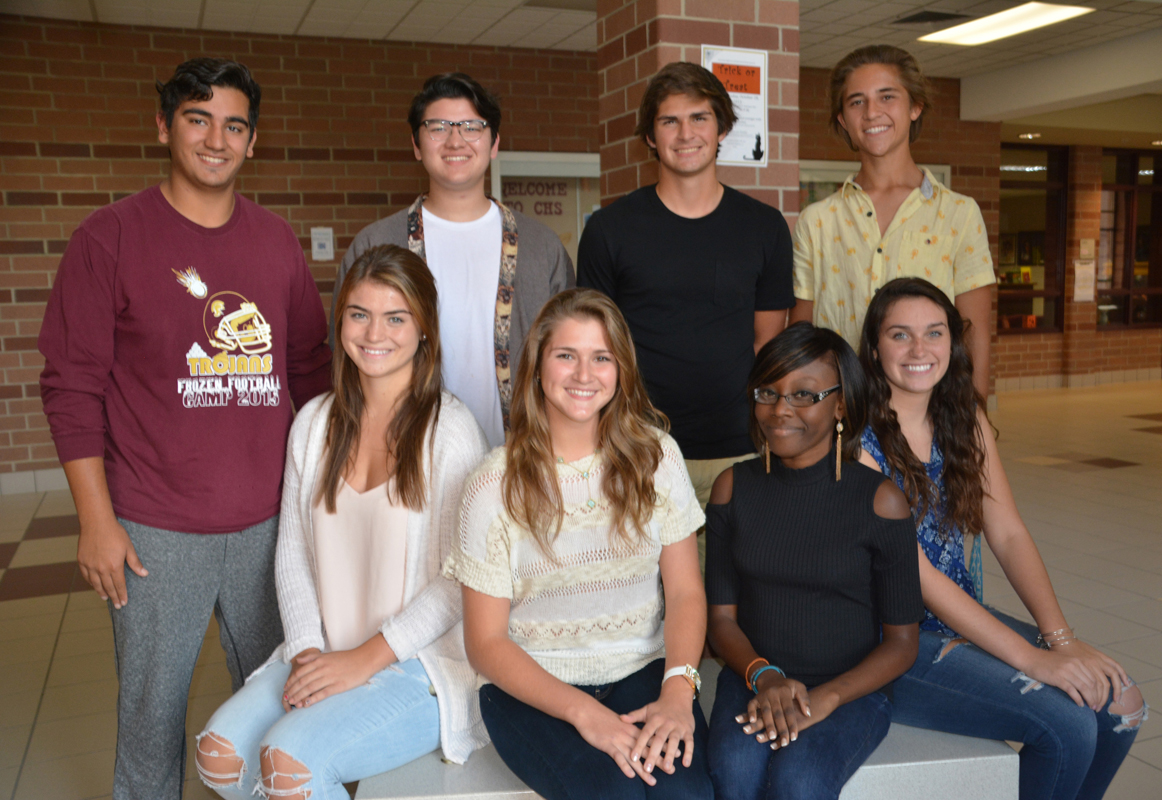 Eight candidates have been chosen as the 2015 CHS Football homecoming royalty contestants. Three seniors and one junior were nominated for homecoming queen and four seniors for king.

Lombardini, daughter of Dean and Rebecca Lombardini of Porter, is a member of National Honor Society, Spanish club, the Varsity Softball team and is a scholar athlete. She also plays softball for the Indiana Raiders.

Sech, daughter of Stan and Wendy Sech of Valparaiso, is active in Interact club. She also volunteers at local nursing homes.

Smith, daughter of Pattie Ingram-Hodges and Dwayne Hodges of Chesterton. She is a member of the Speech and Debate team and Choir. She enjoys babysitting and is a counselor in training for Double H Ranch.

Tumbas, daughter of Kim and Pete Tumbas of Valparaiso, is a member of Track and Field, Spanish club, Student Government. She is a student in the CHS International Baccalaureate program and also does Community Service.

Dawson, son of Richard and Rene Dawson of Valparaiso, is a member of the CHS Boys Varsity Soccer team and is active in club soccer.

Emmons, son of Tim and Stacey Emmons of Chesterton, is a member of the CHS Boys Tennis team and Chesterton School News team (CSN). His family has also hosted CHS exchange students from Japan.

Nagra, son of Vince and Ruby Nagra of Chesterton, is a member of the CHS Football and Track teams.

Puent, son of Chieko Hatai and Donald Puent of Chesterton, is active Sandpipers and the Interact club.