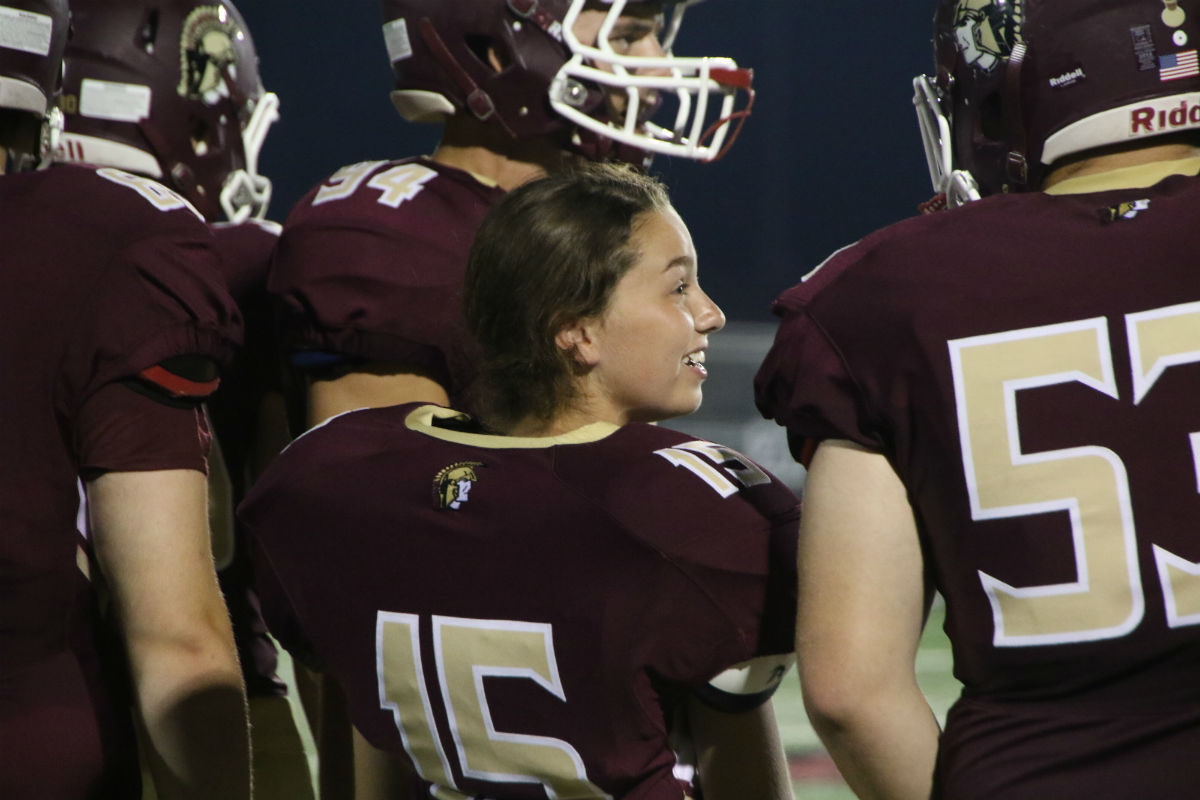 For Chesterton Football’s JV Kicker, Sammie Campaniello, her moment came one day deep into the tough, grueling days of summer practice where she was helping as an Athletic Trainer.

It was a chance encounter, along with a perfect combination of talent and opportunity, which led to Campaniello becoming a kicker for Chesterton, and in the process becoming an inspiration to so many other girls around Northwest Indiana.

“It was during a break in football practice and I was just kind of messing around,” Sammie said of the day she was discovered by Chesterton’s coaches. “I play soccer for Chesterton so I thought I might as well try to kick the ball through the uprights. So, I went for it and hit it.”

“And then I moved back a little bit and hit it again.”

Sammie’s kicks were strong, and they were pure, and eventually they caught the eye of the coaches on the field. And, as they say in sports, the rest was history.

“Next thing you know, they were asking me if I wanted to play on the team,” Sammie said.

Campaniello wears a lot of jerseys nowadays, but the most important one to her is the symbolic one. The invisible cloak of hope and pride for Northwest Indiana girls who look up to her as a reminder that you can become whatever you want to be in this world.

“I used to coach soccer,” Sammie said, “and I hear from girls all the time about how happy they are for me and how proud of me they are.”

“It feels good to be in a position to inspire girls out there that they can do whatever they want to do.”

Tomorrow, when Campaniello steps out on to the field, she will become a representative of a lot of positive things to a lot of girls around Northwest Indiana.

But to her teammates, who instantly accepted her as one of their own, they’ll just call her what they’ve always had since she joined the team.

“Kicker, they like to call me kicker. But they’re trying to get me to get into punting soon too, so…”