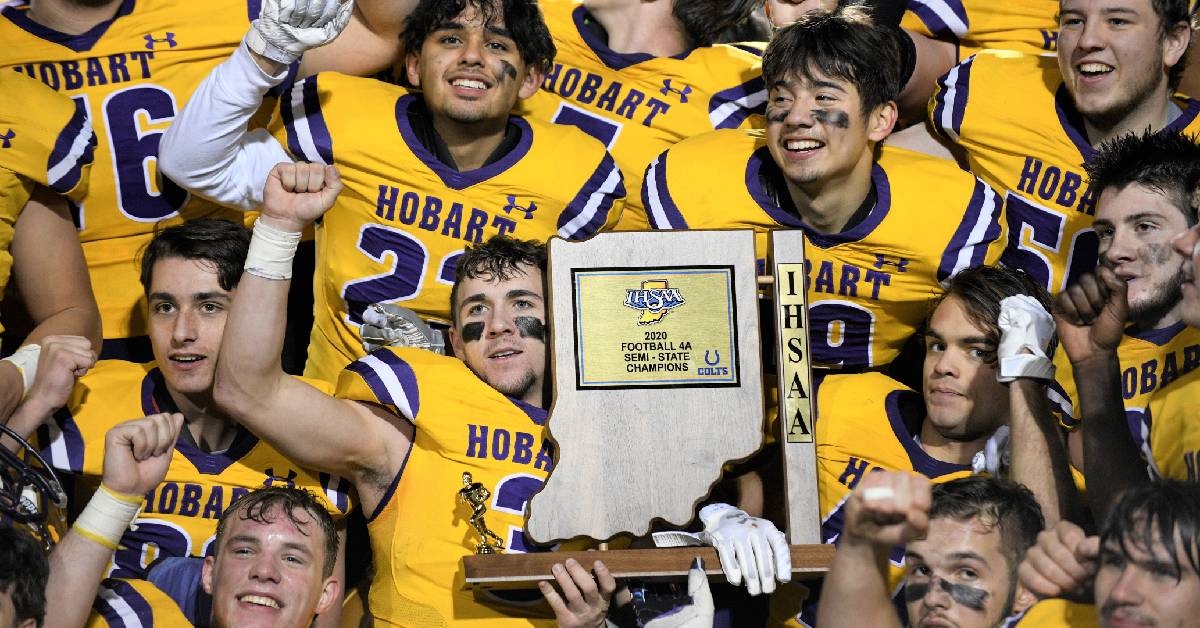 The Hobart High School Brickies football team have been the talk of the Region all season. The Brickies had to overcome early season adversity on their way to their first state championship appearance since 1996. Head Coach Craig Osika, has built a special relationship with his upperclassmen players since taking over head coaching duties in 2018.

Check out our gallery from the Hobart vs. Merrillville game here!

“I got to see a lot of these guys grow up,” Osika said. “Many of these kids, I knew their parents and they've been involved with the football program since they were little. I knew when these guys came in as freshmen that they were going to be a special group.”

Check out our gallery from the Hobart vs. Lowell game here!

“Early on in the season we just weren’t getting anything on offense, but after we lost against Merrillville, we got our offense back on track,” Osika said.

“There’s very few times where you know it’s your last game regardless of the outcome,” Osika said. “Whether we win or lose, our season is over. I told the guys last week, this will be the last time many of them will get to put on a helmet. I told them to cherish the moment, regardless of what happens Friday.”

Check out our gallery from the Hobart vs. Marion game here!

Osika, who played in the NFL from 2002-2005, brought his experiences of playing football at every level to relate to his players.

“I’ve played football at every level, and I will say playing in high school was my favorite time playing football,” Osika said. “When you’re in high school, you’re playing for the pure love of the game.”

When asked about his seniors, Osika brought up two of his leaders on the team. Senior defensive lineman Bobby Babcock and senior wide receiver Zach Vode are both Division-1 bound players for the Brickies. Babcock, who was injured earlier in the season, took sophomore Noah Miller under his wing, mentoring Miller into a crucial part of Hobart’s defense.

Check out our gallery from the Hobart vs. Hammond Gavit game here!

“Bobby took Noah under his wing and really helped Noah blossom into a great defensive player,” Osika said. “It’s a testament to Bobby’s leadership and Noah’s eagerness to learn. It’s not typical to have a sophomore play on varsity.”

Check out our gallery from the Hobart vs. Munster game here!

“Both Bobby and Zach are full of heart, talent, and leadership.” Osika said. “They have those things you can’t teach. Zach is 6’3 and runs like a deer, and Bobby has the size and strength to break through the line and get to the ball carrier. Those are just God-given talents.”

Hobart High School will represent the Region in the State Championship game Friday, November 27. For all the highlights and exciting moments from this fall, check out the Brickies’ incredible year with our season-long coverage at https://nwi.life/schools/hobart-high-school/.